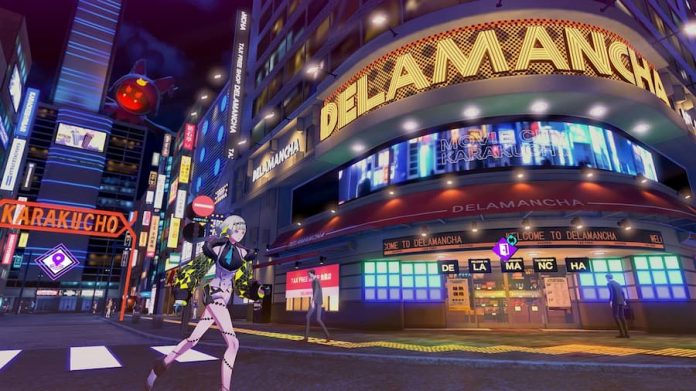 Chances are you won’t have played the original Soul Hackers, released on SEGA Saturn in 1997 before being ported to Sony PlayStation in 1999 and Nintendo 3DS in 2012.

The good news is that you don’t really need to in order to enjoy Soul Hackers 2, thankfully released on a range of platforms from the outset. And as one of the many spin-offs from the Shin Megami Tensei series, it’s a game very much worthy of the attention of JRPG fans. In fact, with its unique setting, likeable characters and enjoyable battle system, this is one of the best JRPGs of recent years.

On paper, the story of Soul Hackers 2 is your usual JRPG fare, one that involves a party of heroes fighting to save the world from apocalypse. What’s unique here, however, is that two of those heroes are constructs of an advanced intelligence who doesn’t usually meddle in human affairs. And the rest of the party? Well, they were dead until you hacked their souls to see what role they play in the forthcoming events.

Set in a futuristic world where human life has become stagnant, Soul Hackers 2 does a great job of catching your attention from the outset with its sharp writing, interesting characters and stylish visuals. There’s even a choice of English or Japanese voice acting, with the former up to a high standard. Whichever you choose, chances are you’ll quickly become invested in the exploits of your rag-tag bunch.

Thankfully the gameplay doesn’t detract from the experience. This is a JRPG with plenty of dungeon-crawling to be done, rewarding those who like to go off the beaten path and explore. Each dungeon you visit is labyrinthine, and while there are no treasure chests to plunder, there are demons to engage in conversation; your demons, in fact, and they’ll either give you valuable items they’ve found, restore your HP and MP, or introduce you to new demons that may be interested in joining you. 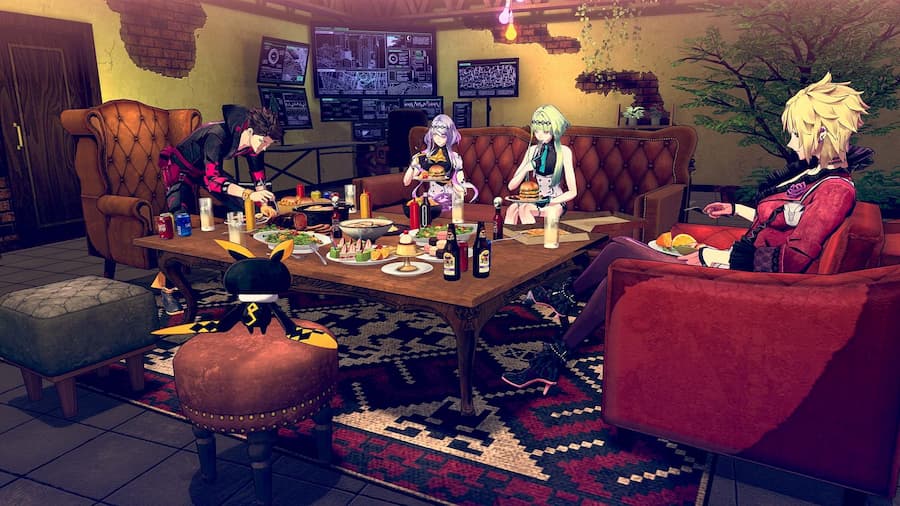 This isn’t Shin Megami Tensei, however. Demons won’t be fighting by your side in combat. Instead, they’re merely equipped to your core cast of characters to provide skills and tweak your stats in battle. Want a character to focus on melee attacks? Equip a demon to them which boosts strength and provides physical skills. Want to focus on magic? Go for one which has high intelligence and some elemental spells. The choice is yours. You really have the freedom to set up your party however you see fit.

Combat itself is your typical turn-based affair, but there are some unique features to make it feel a little fresh. There’s a Stack system, for example, which rewards you for performing actions like exploiting enemy weaknesses. Each stack essentially readies a demon to unleash an attack at the end of your parties turn; more demons joining the stack means a more elaborate – and destructive – attack before your enemies get a chance to retaliate. Another unique feature is Commander Skills, allowing you to make use of a range of powerful commands that can truly change the tide of battle.

The combination of a story that piques your interest before grabbing you like a vice, and gameplay that’s familiar yet oh-so rewarding, makes Soul Hackers 2 the type of game you can sink into for hours. It’s not overcomplicated, but there’s enough content and depth to keep you glued to the screen for tens of hours, trying to develop your character so they can overcome obstacles while also finding more out about their individual motivations and lives.

As you’d expect of a spin-off from the Shin Megami Tensei series, there’s a fusion system here that allows you to develop and create your own army of powerful demons. For those keen on optimising their party setup it will likely become an obsession, hunting down new demons and developing them to acquire new skills before fusing them with others to create a bespoke skill line-up. But there are other ways to boost the abilities of your characters, too, such as upgrading their weapons and equipping accessories that increase defence and often impart other benefits. 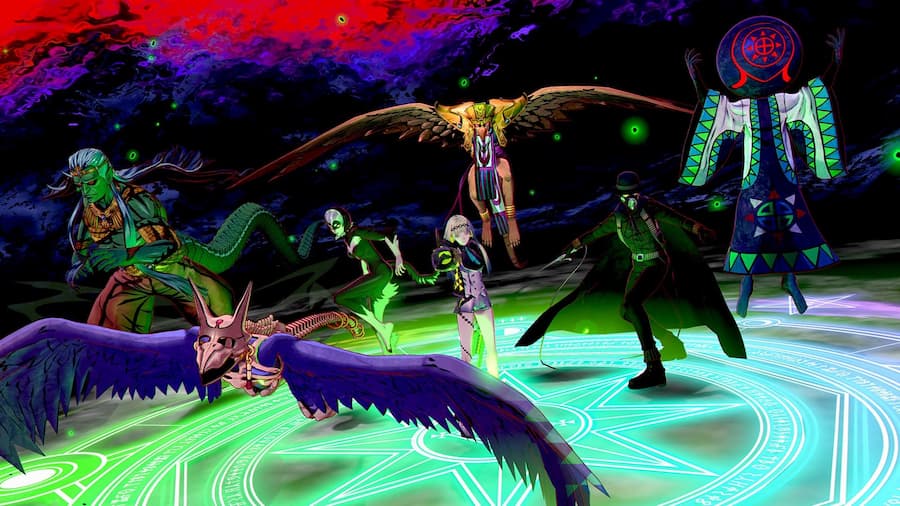 Relationship-building also plays a role, with dungeons linked to characters’ souls being key to unlocking unique skills and stat upgrades. To progress in these dungeons you’ll need to raise your soul level with each character, engaging in hangout events when they become available and carefully selecting dialogue options when the opportunity arises. Those wishing to maximise their connecting with all characters will have a challenge on their hands, but it’s worth it.

All in all, there’s not really anything we dislike about Soul Hackers 2. It’s a more straight-laced JRPG than the likes of Persona, letting you concentrate on exploring dungeons and completing quests while still having a healthy dose of story exposition. With the ability to save anywhere and multiple difficulty settings, it’s not likely to frustrate players either. The only thing we’ve not truly been enamoured with is the game’s camera when exploring – you have limited control over its position, but it’s stuck way too close to back of the protagonist. This is something that’s apparently set to be rectified in a day one patch, however, and even as it is, it’s more of a personal preference than a real problem.

Soul Hackers 2 is yet another stellar JRPG from Atlus. It may take many of its themes and gameplay elements from other JRPGs within the company’s umbrella, but it somehow still manages to feel unique thanks to its fresh setting and characters. Whether or not you’re familiar with its predecessor or the Shin Megami Tensei games in general, this is a must-have if you want to conquer dungeons while exploring an intriguing vision of our future.

This review of Soul Hackers is based on the PS5 version of the game, via a code provided by the publisher. It’s available on PS4, PS5, Xbox One, Xbox Series X/S and PC.