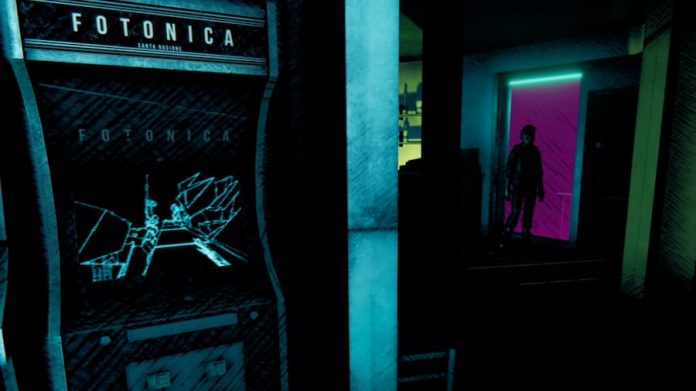 Saturnalia, a PC-based survival horror set in a strange Sardinian village, has definitely got our attention.

A curious mash-up of Silent Hill, Midsommar and Labyrinth, Saturnalia sees several survivors struggling to escape the town which, while not welcoming, isn’t devoid of residents. However, instead of being a Dead by Daylight style multiplayer game, every single survivor is under your control.

You roam the village, solving problems, unlocking shortcuts and the like, dodging post-curfew monsters and so on. But what’s especially different about Saturnalia, as revealed by the newly-released gameplay trailer, is the penalty it imposes for failure. If a character gets captured, you can rescue them. But if you lose all your characters, instead of it being game over, the whole layout of the town shifts.

Yes, you don’t get a humiliating “Game Over” screen, but you do have to relearn how to navigate the town. It’s a neat punishment, particularly when you think about the monsters; maybe you’ve found a place you can run to when a monster’s on your tail, or a street you can nip through. Only this time around, that short-cut’s not there.

Saturnalia’s lack of a HUD could also be fun – or infuriating, depending how the game plays it. You can ask one your fellow survivors to tag along to give you directions, but there’s no handy objective marker. Saturnalia’s graphical style is also certainly interesting, as you can tell from the above trailer.

We say “interesting”, because while it’s meant to be haunting, and we do get a kick out of watching it in action, it also reminds us a little too much of Aha’s Take on Me video. Take a look and see if you agree – hopefully we can disassociate the two by the time Saturnalia comes out.

The one snag is that Saturnalia doesn’t, as yet, have a release date. It was originally set for a 2020 release and will be arriving on the Epic Games Store on PC, but there’s no concrete release date as yet. We’ll let you know when we hear more but, based on what we’ve seen so far, you shouldn’t shy away from putting Saturnalia on your wish list.