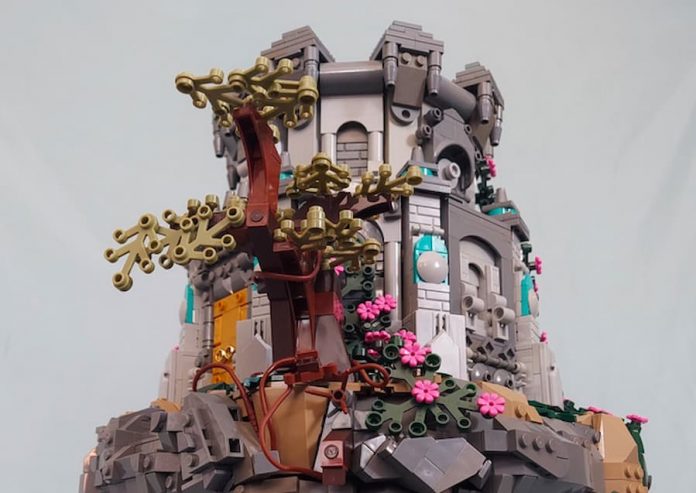 Elden Ring’s Walking Mausoleum is now a LEGO model and it’s mind-blowing to look at.

It’s a fan-creation, so you won’t be able to buy this Elden Ring LEGO set off the shelves just yet, though we sincerely hope the creator, HoboSapient, has considered forwarding it to LEGO’s Ideas programme, which gives fan sets a chance of becoming real.

The creation, posted on Reddit and spotted by PC Gamer, is a fantastic piece of work. If you’re wondering what the heck a Wandering Mausoleum is, they’re massive non-hostile creatures found in action-RPG Elden Ring, essentially a building on four legs. You can bring them down by damaging their legs, but otherwise they just wander about, dominating the landscape.

What’s so special about HoboSapient’s Elden Ring LEGO creation, which uses between 5000 and 6000 bricks is that they haven’t just stacked one brick on top another. They’ve had to figure out how to get the blocks beneath the Mausoleum to poke out at different angles – yes, they could have used a more symmetrical arrangement but it wouldn’t have looked half as good.

You can check out their creation in full here, on Reddit. Impressed as we are, our brains are still trying to figure out how easy, or how hard, it’d be to get this thing to just roam around on its own. We doubt this was built with movement in mind, but we can dream.