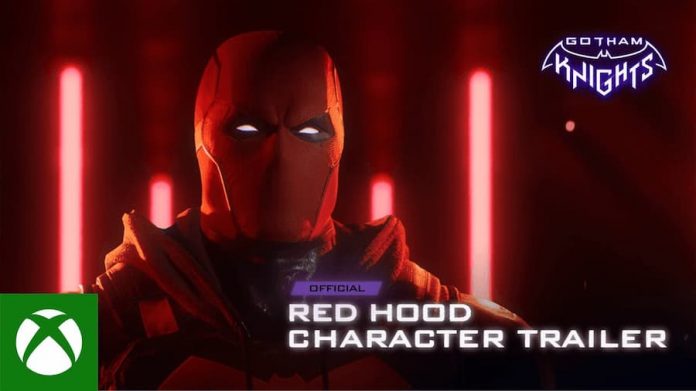 Jason Todd, Red Hood in Gotham Knights, was the second Robin and died because the comic-reading public voted for his demise. Yes, it was a good 20+ years ago ago but Jason Todd, already an annoying character to begin with, was beaten with a crowbar and left to die in a warehouse explosion.

A phone line was set up to decide his fate and it didn’t end well for him.  He came back years later, apparently resurrected with a Lazarus Pit, one of the DCverse’s mcguffins and.. wasn’t all that much more interesting, if we’re honest. But open-world superhero game Gotham Knights latest trailer gives us hope for the grumpy git.

Why? Sure, the fact he can fling magic around as well as shooting things with a gun is cool, but it’s the fact that the magic is still hanging around that has us raising an eyebrow. The comic just drew a line under his resurrection – he was back, that’s it. But the trailer and, we hope, the game, plays on the notion that he came back wrong, that he’s not quite himself.

We won’t have to wait long to see where the game goes with this, either. Gotham Knights is coming to PS5, Xbox Series X/S and PC on 25th October, giving you the choice of playing as Red Hood, Batgirl, Robin or Nightwing. You can watch 13 minutes of the game in action here.