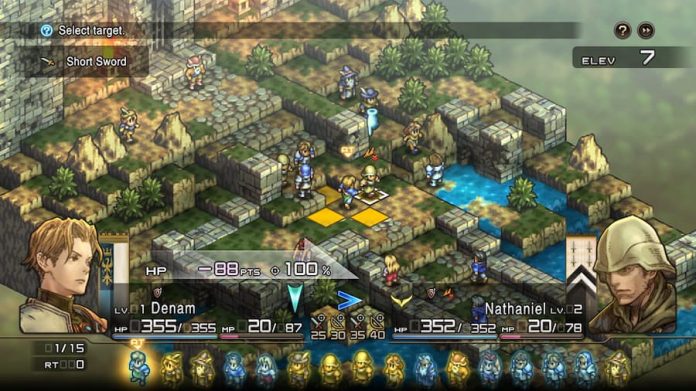 Tactics Ogre: Reborn, a remake of the old-school tactical-RPG, is heading to PC and console this November.

Yes, Tactic Ogre: Reborn has a disappointingly low Shrek content, but there’s a lot of love for this series, which began life on the Super Famicom. Amongst other things, it’s been praised for being morally ambiguous compared to some other RPGs. It casts you as Denam Pavel, who’s been caught up in a political-motivated war – yes, it’s human greed, not some ancient evil that’s the root of Tactic Ogre’s bloodshed.

And now, Tactic Ogre: Reborn will breath new life into the tactical RPG. It’s set to sport new AI, remastered graphics that remain faithful to the original aesthetic, fully-voiced cutscenes, a redesigned battle system and more. Hang on.. redesigned battle system? Yes, we hope this is change for the better, though we’re curious to see how long-time series fans will take to the latter changes.

Publisher Square Enix promises “impossibly difficult decisions”, as you guide your squad across the war-torn land, recruiting new members as you go. As grounded as the reason for the conflict may be, magic figures into Tactics Ogre: Reborn so if you favour a little spell-flinging, you won’t be left out.

The game is set to arrive digitally on Nintendo Switch, PC, PlayStation 4 and PlayStation 5. There’s no Xbox One or Xbox Series X|S release which is a little disappointing, however. There’ll also be a physical edition for Switch, PS5 and PS4 and, available separately for the game… a Tactics Ogre tarot set! Between this and EXIT VEIL we’re wondering what’s next – Mystic Meg’s Adventures in Tarotland.

You can check out the trailer above and get your hands on Tactics: Ogre Reborn when it launches this November 11th on PC, PlayStation 4, PlayStation 5 and Nintendo Switch.