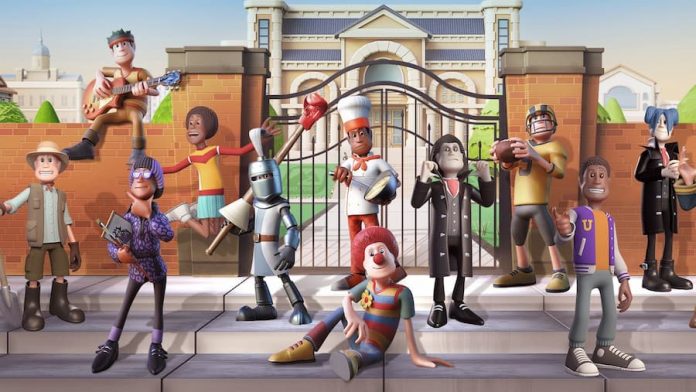 Founded by ex-Bullfrog developers, Two Point Studios made a name for itself in 2018 when it released Two Point Hospital. Essentially Theme Hospital 2.0, it brought the comedic hospital management simulator of the 90s to the modern day. And it did so with gusto. But now, four years on, Two Point Studios has outdone itself with an all new, fully original management sim: Two Point Campus. It’s the same formula, only this time applied to university campuses.

That’s right: you’re no longer in charge of running your local health authority, thank goodness. You don’t have to worry (as much) about people’s health. Instead, it’s their education that’s under your rule, as you’re tasked with building the nicest, most successful, biggest money-spinning universities around.

You’ll need to consider just about everything from teaching rooms, staff break areas, common rooms, dormitories, training facilities and more. As such, there’s way more to build right off the bat than there was in Two Point Hospital. There, you’d need a reception, a GP, a pharmacy, a bathroom and perhaps one treatment room to see you through until you’d discovered new illnesses. Here, you’ll need a dozen different rooms to ensure your students can live and study happily before you’re ready to start your year. 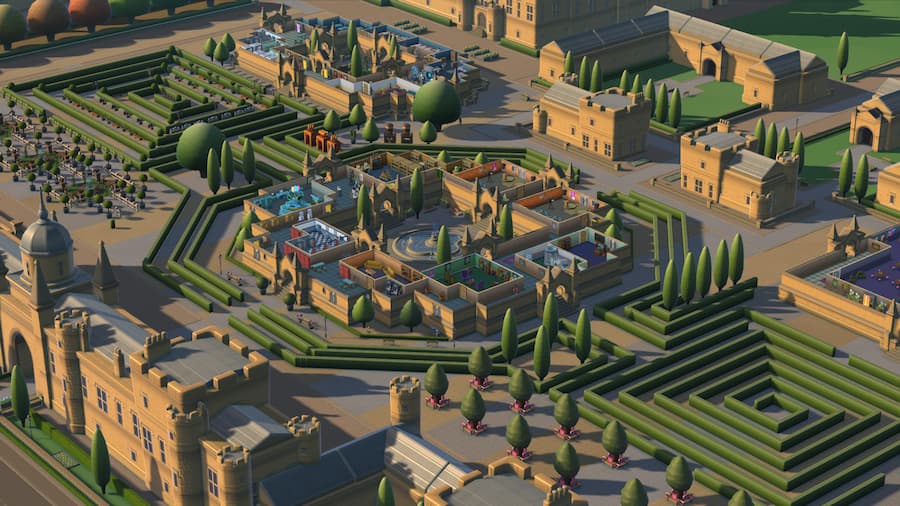 Play through Two Point Campus’ campaign – which you’ll need to, to start out with – and you’ll be drip-fed new features, new facilities and new courses. Succeed in one university and you’ll move along to another, focusing on new disciplines and courses, unlocking new rooms to build as you go along. It’s a great way to get to grips with everything the game has to offer – and the ideal way to appreciate all of its quirks, from seeing your students take part in the extra-curricular Speed-Walking Club, or duelling it out as they study at Knight School.

The visual humour, then, captures the magic that has always made these games so great. We’d argue that most of the courses – and the outfits and wacky lessons that go along with them – hit the mark better than Two Point Hospital‘s ailments, which always felt overshadowed by Theme Hospital (come on, there’s no beating ‘King Complex’). But the audio humour – which comes in the form of tannoy announcements, the very same from Two Point Hospital – doesn’t quite land.

Related: The Best Simulator Games on Xbox One

The announcements worked in Two Point Hospital. It made sense that a receptionist would call out random obscurities over a loudspeaker. But in Two Point Campus it doesn’t quite gel; we’ve never known a university to operate a tannoy system in quite the same way. Her calls are more annoying than they are funny, too, but they’re at least easy to ignore. She’s accompanied by an occasional radio DJ – which at least feels more contextually sound – but their more-than-random announcements aren’t any funnier.

It’s the only complaint we can draw on Two Point Campus, though, which has delighted us in just about every other way. More than with Hospital, there’s a greater focus on looking after your students, ensuring each and every one has everything they need. Indeed, you’ll be notified regularly of any important items you’re missing, and you’ll need to buy and unlock various bits of classroom equipment (or a random item for the hallway) to keep everyone happy. 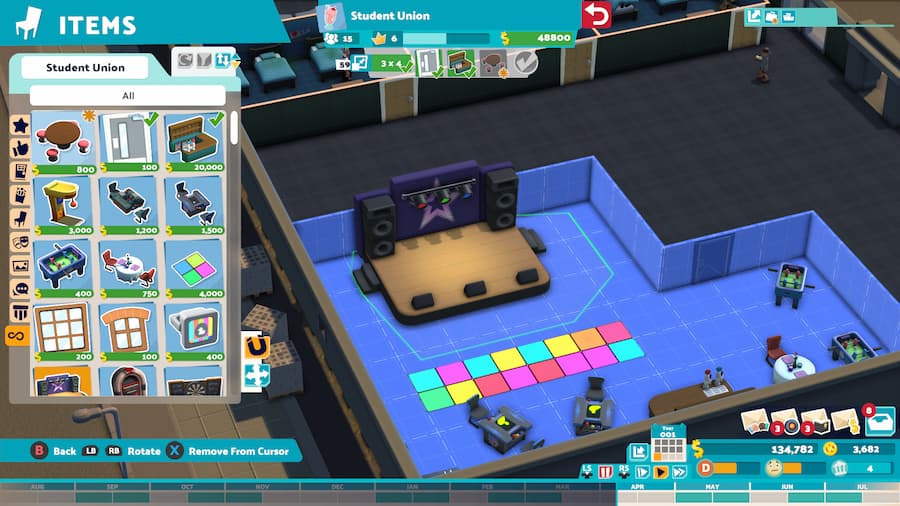 There are also other student needs to fulfil too, like socialisation and even romance. Thankfully, it doesn’t quite delve into Sims territory: you’ll simply need to ensure you have the right types of items placed in your social areas. For socialisation, that means a lively Student Union, benches and water fountains where people can chat. For romance? Strangely, a weird bubble fountain does the trick. And before you ask, no, there’s no ‘woo-hoo’ type activities going on in the dorm rooms. Two Point Campus remains pleasantly PG from start to finish.

There’s quite a lot to keep on top of, and so whether or not your students are getting it on with each other will be of little concern anyway. You’ll need to ensure your staff members are being well trained, your equipment is kept up-to-date, staff are happy and catered for, and your university has all of the facilities needed to run smoothly.

Make sure you’ve got enough showers, sinks and hand sanitiser units around, for example, or you could end up with an outbreak of smelly adolescents. Never ideal. You’ll also need places to buy food and drink, and ensure all areas are adequately decorated and pleasant to look at. Ugly universities lead to miserable staff and students.

As you’d expect, there are various charts and stat sheets you can look at to get an overview of what’s going on. However, keeping an eye on thought bubbles above students’ heads, and keeping on top of the mail you receive, will give you a good idea without needing to get too bogged down in the nitty-gritty. It isn’t until the later levels that you’ll have to put more consideration into those finer details, but like Two Point Hospital before it, this isn’t a strategy game bogged down with complex, brain-hurting stats to get on top of. Everything is rather straightforward and easy to get your head around.

Ultimately, cash flow is the most important thing in Two Point Campus. Sure, you want happy students – but you want their money more. Primarily, you’ll be earning from course fees and accommodation, so the more courses you offer – and the more students you can squeeze onto each course, the more money you’ll have rolling in. More students does, of course, mean more people to keep happy and more facilities to manage, but that’s the joy of the game: it’s a balancing act. And when you get a university that runs like clockwork, filled with happy people, it feels wonderful.

We should probably also mention the fact that we’re playing Two Point Campus on console, with a controller, at the very same time it launches on PC. Let’s not forget that Hospital released on console two years after its PC release. This type of management game is typically destined for keyboard and mouse use, but here, using a controller has never felt anything other than completely natural. Navigating menus is a cinch, with everything on your UI easily accessed via the press of a dedicated button. We’ve never stumbled over button presses or felt disadvantaged by not having a keyboard and mouse, and that in itself is a real feat.

Two Point Campus might not reinvent the wheel, but this is a game that knows exactly what it is and who its audience is – and it nails it. Two Point’s tried-and-tested formula works like magic in a university setting, and the freedom it gives to players to create the campus of their dreams is unrivalled. Its attempts at humour might sometimes fall flat, but it hardly matters when everything else is so good.

This review of Two Point Campus is based on the PS5 version of the game, via a code provided by the publisher. It’s available on PS4, PS5, Xbox One, Xbox Series X/S, Switch and PC. 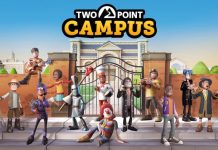 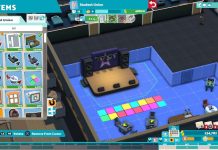