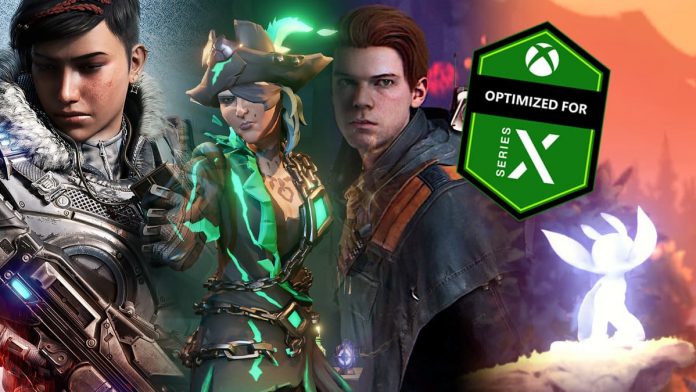 If you own an Xbox Series X, you’re likely going to want to get the most of your console by playing games that have been Optimized for Xbox Series X/S.

Well, we’ve got good news. There are tonnes of games optimized to perform at their best on Microsoft’s latest console. And plenty of them are available to play as part of your Xbox Game Pass membership. But the question is: what are best Xbox Series X optimized games on Game Pass? We’ve rounded up our favourites right here.

Just how ‘optimized’ a game is for Xbox Series X/S depends on the title. But for the most part, games simply look and play better. In many cases, you’ll experience dramatically enhanced visuals, better framerates and, if you’re playing on Xbox Series X, 4K resolutions. Of course, you’ll also get added benefits like faster loading times, too.

If you’ve just upgraded to Xbox Series X/S, there’s no better time to subscribe to Xbox Game Pass. Read on to see our picks of the best games that have been optimized for the console. But even without optimizations, there’s a tonne of games that will play better on your new console than last generation.

This list was originally published in 2021 and has been periodically updated since.

We love A Plague Tale: Innocence. It tells a gripping, moving story about a girl, Amicia, and her younger brother Hugo as they flee their home village in the time of the plague. Hugo has a special gift, and that means he’s being hunted down – but Amicia vows to keep him safe. Cue a gripping adventure that sees you avoiding plagues of rats, sneaking past adversaries and engaging in some rather weird rodent-controlling abilities. It’s great.

And on Xbox Series X/S it’s even better. This is a gorgeous-looking game, and the power of Xbox Series X really lets the game shine. You can play at 4K resolution and 60FPS, truly the best way to play.

Read our review of A Plague Tale: Innocence 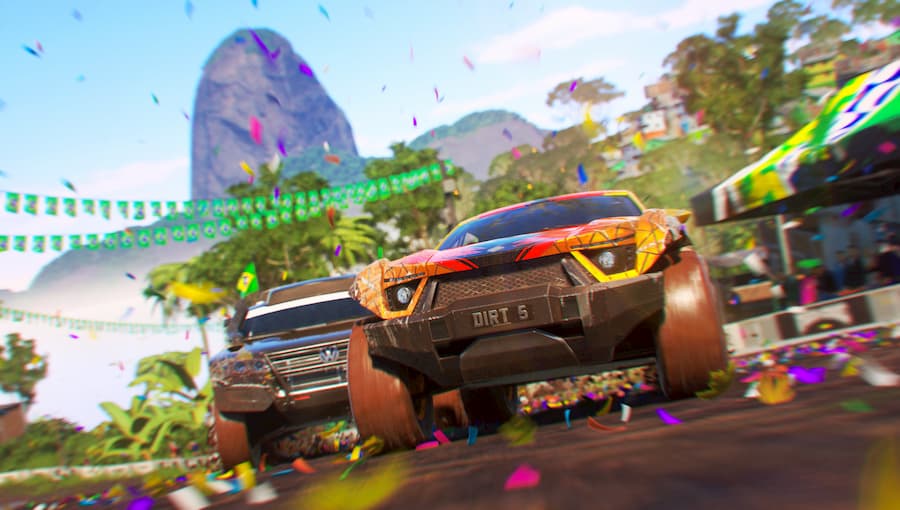 A launch title for the console, this Optimized for Xbox Series X title is now available via Game Pass, and if you’re a racing or rally fan, you’ll definitely want to give it a go. Colourful and a lot of fun, DIRT 5 is an excellent racer. It packs in a fully-featured single player campaign, but you can also take the action online if you rather face off against human opponents.

Perhaps most unique to the title, though, is the ability to play through the entire campaign in split screen co-op. There’s nothing quite like the thrill of bringing a friend along for the ride. With Series X Optimizations, DIRT 5 even has a 120hz mode, allowing you to play at 120FPS if your TV supports it. Even if it doesn’t, though, the game is silky smooth and a joy to look at.

Read our review of DIRT 5 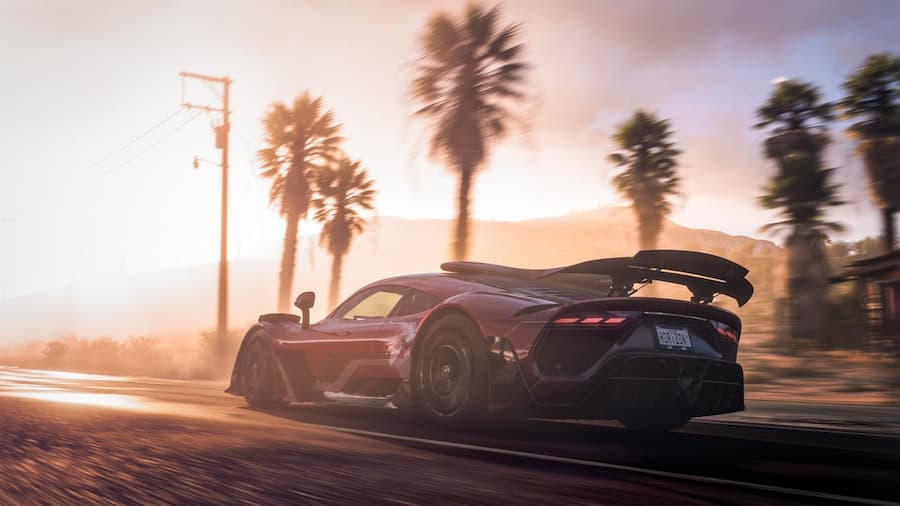 Forza Horizon 5 has been optimized for Xbox Series X/S, with the game looking and playing better than ever. Not only is this one of the best games on Xbox to date, it’s also one with the best Xbox Series X optimizations.

Confirmed by the Forza Support Team, Forza Horizon 5 displays at 4K if you play at 30fps. A performance mode allows the game to run at 60fps with a lower resolution. It still looks beautiful, though, so you’re not losing out. It’s undoubtedly the best-looking Forza Horizon game yet, with a world more detailed than ever. Expect fantastic shadows, reflections and particle effects quality. And, of course, the most realistic car models to date. 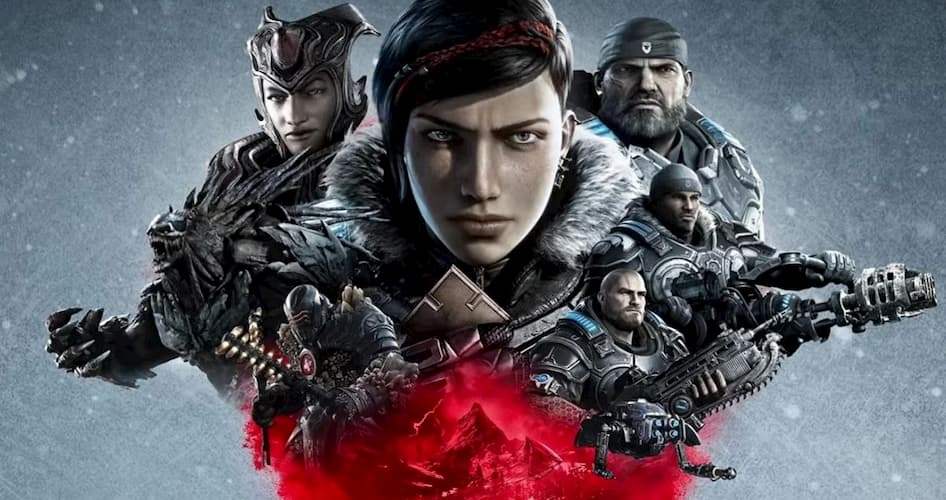 Gears 5 relaunched alongside Xbox Series X/S, bringing not only better performance and visuals, but new content too (WWE’s Batista joined the ranks, and new achievements have been added).

In terms of Xbox Series X/S optimizations, Gears 5 has reduced load times, Quick Resume support, variable refresh rates (if your TV supports it), variable rate shading, and support for 120Hz in Versus mode. If you’re playing on Xbox Series X, you’ll also benefit from 4K visuals and ‘ultra-spec’ graphics that only high-end PC players will have seen before.

There’s also a reduced latency compared to the Xbox One version of the game: Dynamic Latency Input, or DLI, means that input latency is reduced by 40% in the campaign, and up to 60% in multiplayer. It means the game reacts to your button inputs faster than ever. You can read more about Gears 5’s Xbox Series X/S optimizations here.

5. Marvel’s Guardians of the Galaxy 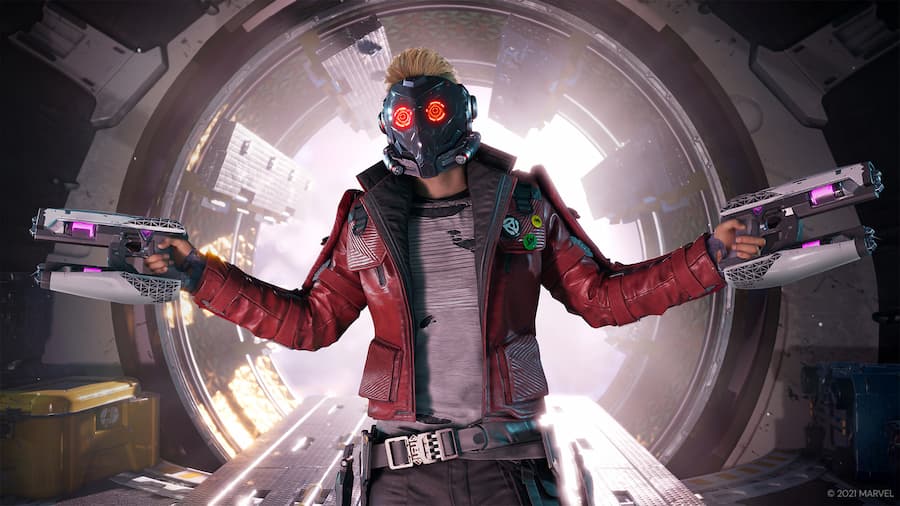 If you’re a Marvel fan, then Guardians of the Galaxy is undoubtedly one of the best Xbox Series X Optimized games you can play on Xbox Game Pass. Putting you in charge of Star Lord and accompanied by the rest of the Guardians, it’s your job to save the galaxy from impending doom. You know, just another day in the life of Star Lord.

This adventure game throws players into the heart of the action, emulating perfectly what it’s like to be an intergalactic superhero. And on Xbox Series X, it’s more immersive than ever thanks to gorgeous visuals, better framerates and higher graphical fidelity. There are a couple of modes to choose from, and so it’s up to you if you want to focus on framerate or visual quality. 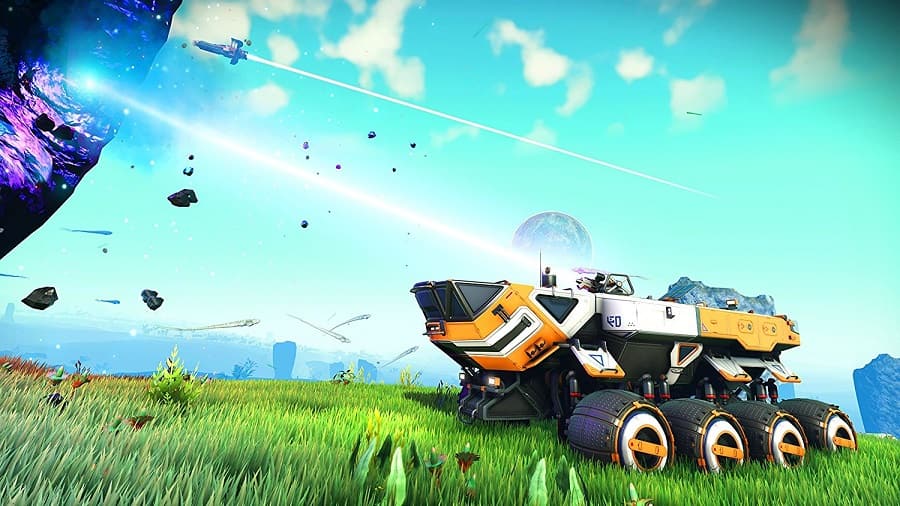 If you’re going to explore the far reaches of space, you might as well do it in style, right? And that’s why No Man’s Sky is one of the best Xbox Series X optimized games on Xbox Game Pass. It’s one that benefits from improved visuals more than almost any other. Those planets look more beautiful than ever before.

Optimized for Xbox Series X/S, No Man’s Sky boasts “bigger bases, lusher planets, more players, faster warp speeds and more”. Worlds are packed with more detail in terms of flora and fauna, making them richer to explore. The bases you build can be higher and more complex than before, too, and all of this is with better framerates and higher resolution. If you’re playing on Xbox Series X, you’ll experience 60fps at native 4K. Series S owners can choose between native resolution at 30fps, or a 60fps high performance mode.

You can read more about No Man’s Sky‘s Xbox Series X/S optimizations here.

7. Ori and the Will of the Wisps 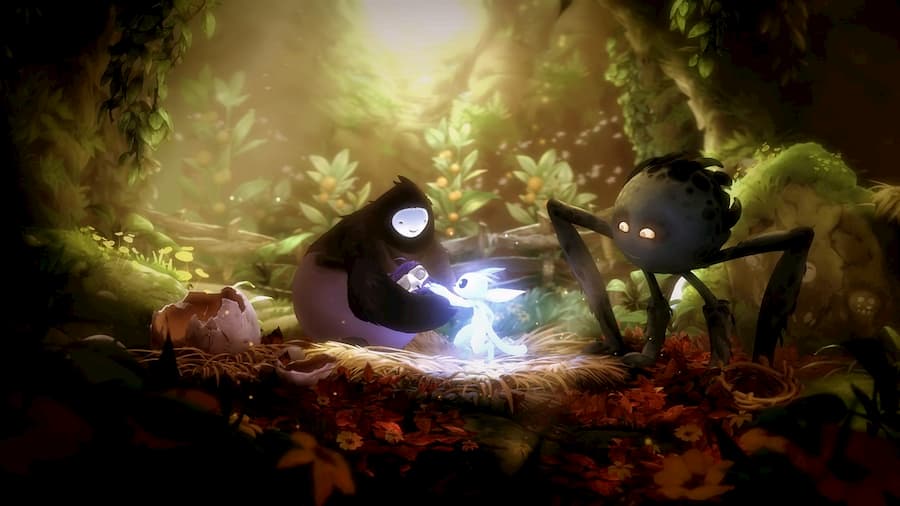 Drop the 120FPS on Xbox Series X, and you can experience Ori and the Will of the Wisps in a 6K Supersampled Rendering Mode. Basically, the game runs at 6K, outputting to your TV at 4K. It’s much sharper than native 4K, if you can imagine such a thing.

Read our review of Ori and the Will of the Wisps 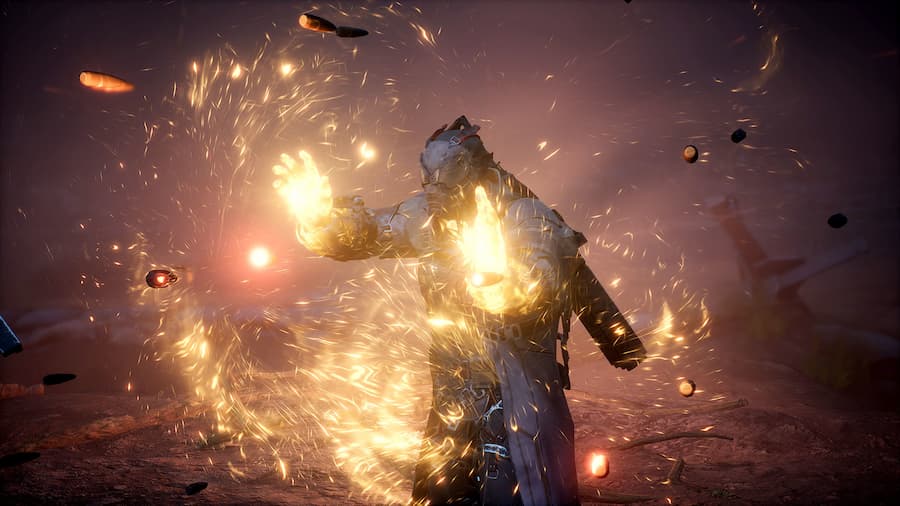 Outriders from Square Enix brings third-person shooting and looting to Xbox in style. Released into Game Pass on day one, Outriders is Optimized for Xbox Series X, offering 60fps framerates and up to 4K visuals. It’s a treat, both in terms of how it looks and how it performs.

Another game that takes you to the far reaches of space, Outriders sees you land on the distant planet of Enoch in search of a new life after Earth has been ruined. Unfortunately, Enoch doesn’t quite offer the Eden that people were promised. As an Outrider, it’s your job to explore the planet, take down the threats that stand in your way and try to unravel the mysteries of the planet. 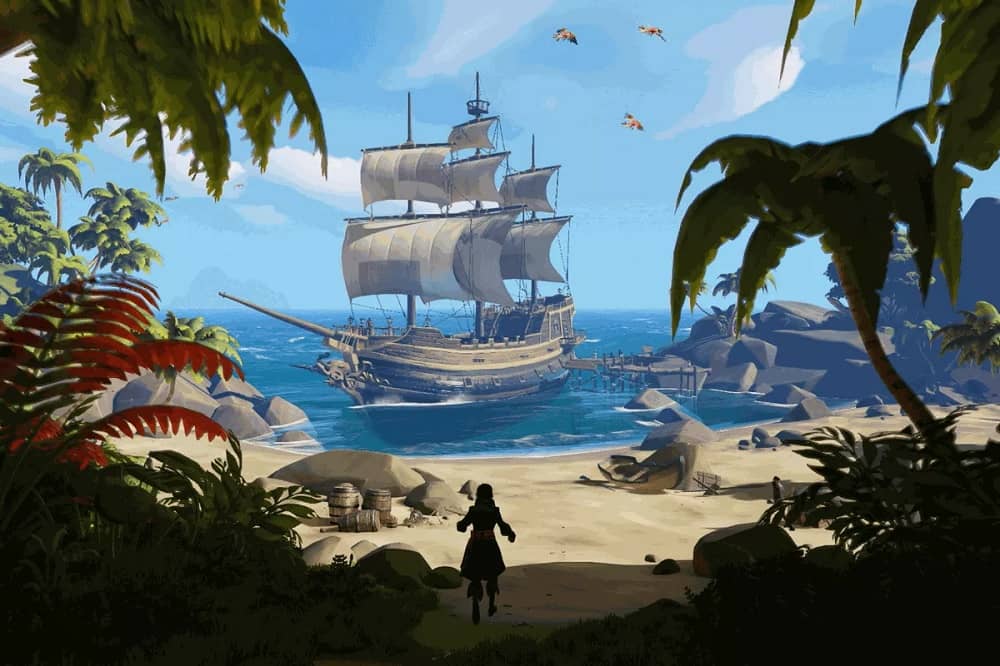 Yar, me hearties. Exploring the wild seas has never looked so great. Optimized for Xbox Series X/S, Sea of Thieves runs and looks better than ever.

An open world multiplayer game that casts you as a pirate in charge of their own ship, Sea of Thieves is all about exploring, finding treasure, and, er, fighting off pesky monsters. On both consoles, players will experience a smoother than ever 60fps. If you’re playing on Xbox Series X, that’ll be at 4K, while Xbox Series S is locked at 1080p.

Both consoles benefit from numerous other improvements though, notably a significantly improved load time. No longer do you have to wait so long to start your plundering. 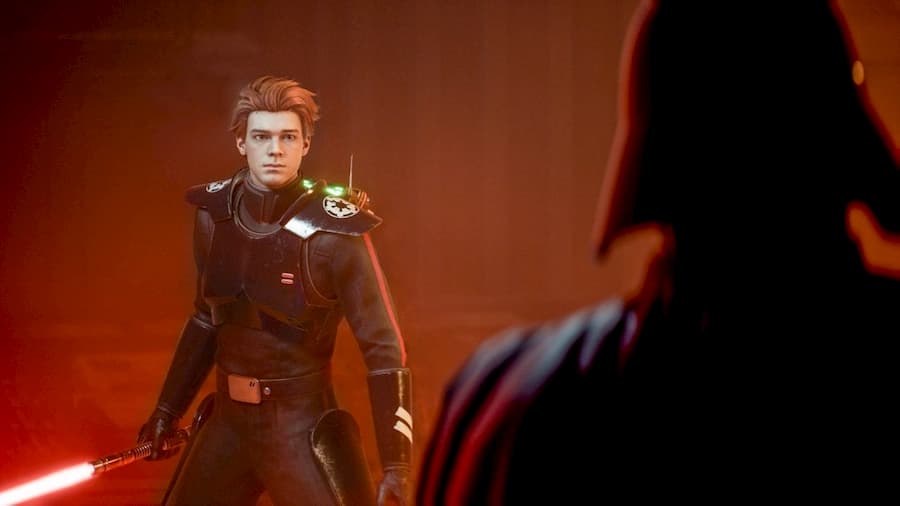 Star Wars Jedi: Fallen Order is part of EA Play, so you’ll need Game Pass Ultimate to play this one. But if you are an Ultimate subscriber, you’re in for a treat. Telling an original Star Wars story about young Jedi Cal Kestis, this is a fantastic adventure filled with combat, exploration, narrative and puzzle-solving that any Star Wars fan should play. Even if you’re not a Star Wars fan there’s a lot to love here. 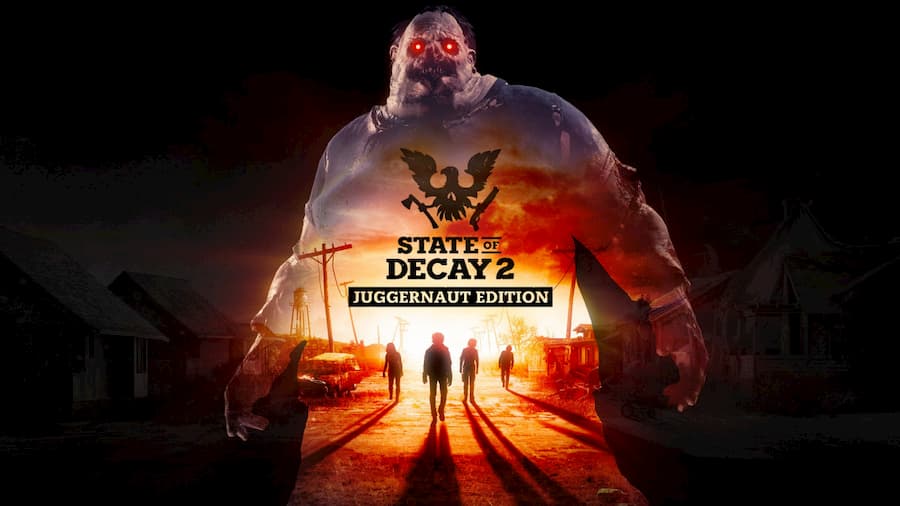 Packed with lots of new content alongside being Optimized for Xbox Series X/S, State of Decay: Juggernaut Edition is by far the best way to play. Play alone or with friends as you try to survive in a post-apocalyptic zombie-infested world. You’ll need to arm yourself with weapons and armour, as well as keeping your base up to date with supplies and somewhere safe to rest your head.

With State of Decay 3 in development, now’s the perfect time to jump into State of Decay 2. Just watch your back and make sure no zombies sneak up on you when you least expect it. 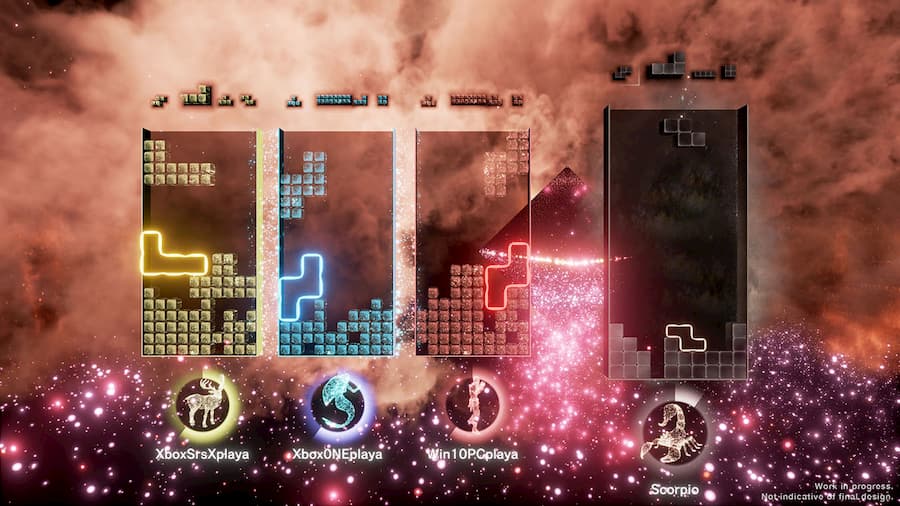 If you’re yet to play Tetris Effect Connected, you’re in for a treat; it’s Tetris, but like you’ve never seen it before. It’s a dazzling display of colour and sound. Sure, you’re still lining up rows of Tetriminos, but doing so while you’re in the middle of a spectacle. It’s something to behold. And this new version of the game allows you to play with others, too.

Developers have aimed to pursue ‘even prettier visuals’ for Xbox Series X, making the game look better than ever. It displays in full 4K on the X; while Xbox Series S has a lower resolution, it still looks and plays fantastic. Both consoles benefit from a higher framerate and faster loading times.

Read our review of Tetris Effect