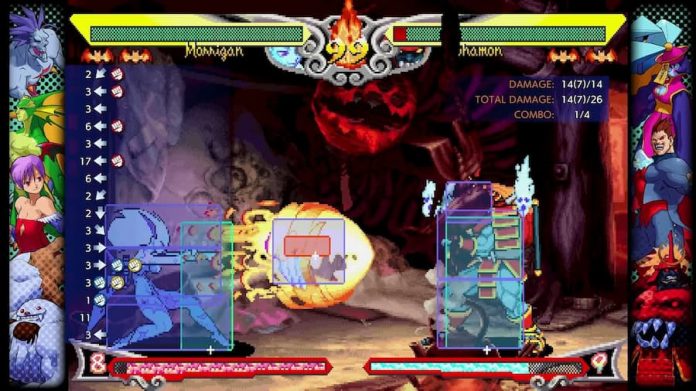 Capcom Fighting Collection has a new update that adds a host of requested features, including viewable hitboxes and better accessibility.

This ten-game collection hit (see what we did there) PC and consoles back in June. Reviewing Capcom Fighting Collection, we concluded that “Capcom has once again plundered its extensive back catalogue and come up with the goods.” And now, a new update has made this bundle of old-school brawlers  even better.

Capcom Fighting Update’s latest collection adds a range of tweaks, including an accessibility feature for fans of Super Puzzle Fighter II Turbo. This Street Fighter themed title is the only game in the collection that isn’t a one-on-one brawler. Instead, it’s a puzzler that sees you stacking up and destroying colour gems.

However, if you’re colour blind it could be hard to match same-coloured gems. The latest patch addresses that though, if we’re honest, we’d have thought someone would have thought of that earlier. Still, if that’s been an accessibility barrier for you, this new patch should do away with the problem.

On top of that, you can now view characters hitboxes. Fighting games – particularly old school ones – aren’t pixel accurate. Instead, if a move makes contact with hitboxes, boxes surrounding various parts of a character it counts as a hit. If you’re a hardcore fighting fan this is a very big deal. New players, too, can get a better understanding of how Capcom’s fighting games work by watching the hitboxes

There are several other tweaks, including an improved graphics smoothing option. Yes, smoothing Street Fighter II and its ilk feels like heresy, but modern flatscreen TVs tend to make all old-school arcade games look a little off. You can check out the other changes here, and if you’ve not picked up Capcom Fighting Collection it’s available on PS4, Xbox One, Switch and PC. 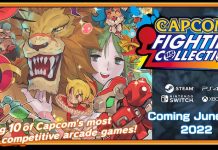