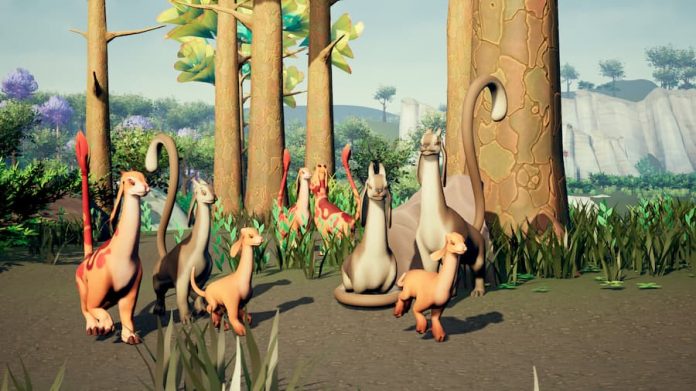 Honeycomb, a bio-engineering sandbox game from the makers of House Flipper: Pets, now has a Q3 2023 release date.

No, you read that right – Honeycomb is from Frozen Way, the makers of House Flipper’s animal-based DLC. We can’t decide what’s more surprising, that this new title is such a deviation from their more grounded simulator games, or that they didn’t call it DNA Flipper.

But there’s a certain connection there – its just that the animals in Honeycomb are set to be significantly stranger. Viewing the action from a first-person perspective, you’ll build your own base the meddle with a wide range of animals and plants. What could possibly go wrong?

Actually, quite a lot, we hope. Frozen Way says you’ll “explore the magnificent yet dangerous planet: Sota7”. We have our fingers crossed that there’ll be consequences for overreaching yourself. Sure, the animals featured in the trailer are cute enough, but what if you meddle with something that can bite your head off?

Does Honeycomb seem familar? You’re not wrong – it has a definite No Man’s Sky vibe, though in this case you’ll be sticking to the one planet. Though in the case of the latter, the game procedurally generated the animals. Here, you spawn these new creatures. Well, we say “one”, but Honeycomb is getting is getting a co-op mode. So you can work together with someone else who’s never watched the Island of Doctor Moreau.

You’ll have to wait a while to engage in your own genetic tinkering, since it won’t arrive till Q3 2023. Honeycomb is set to land on PC via Steam and the Epic Games Store; a console release will arrive some later.