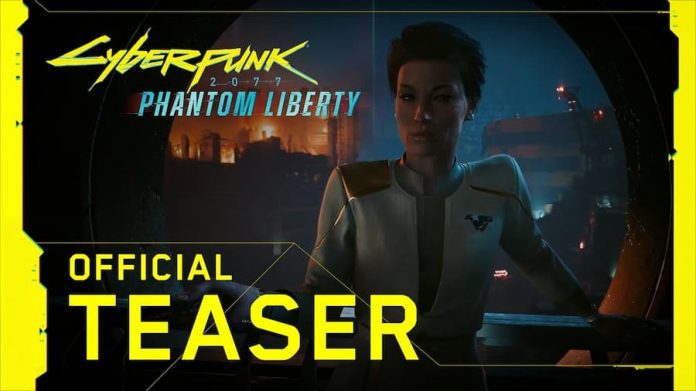 The expansion was teased during yesterday’s Night City Wire: Edgerunners Special, a Cyberpunk 2077 stream that also delved into the upcoming Netflix series and the recently released 1.6 patch. Phantom Liberty will be the first paid piece of Cyberpunk 2077 DLC, though developer CD Projekt Red has yet to disclose a price.

Johnny Silverhand, played by Keanu Reeves, will be back. If you’ve played Cyberpunk 2077 or, indeed, seen any of the trailers, you’ll know that he isn’t exactly flesh and bones. So “Phantom Liberty” could well be a reference to him, though doubt the expansion is going to alter the main game’s ending; more likely it’ll take place during the course of the main story.

The short teaser trailer features a female V swearing her alliegance to the “New United States of America”. We’ve not dabbled in the original Cyberpunk tabletop game but, according to the Cyberpunk wiki, the NUSA controls – or counts amongst its members – 51 states and several other territories.

However – and here’s the catch – Night City isn’t among them. So it seems likely that the NUSA is attempting to make a move on Night City or otherwise operating in a city that’s supposed to be its own independent mini-country. We’re guessing a lot of people are going to be unhappy about that.

And that’s it. CD Projekt Red has remained relatively tight lipped as to what else the expansion entails. We do know that it’s doing something different with its plot and will feature a new cast of characters so we’re eager to see where this expansion goes. It’ll also focus on a district of the city you’ve already visited. However, with a vague 2023 release window, we could have to wait a while to get our hands on Cyberpunk 2077: Phantom Liberty.

You can watch the full Night City Wire here, which also revealed that future updates will overhaul the cop system and that after update 1.6, the Xbox One and PlayStation 4 versions of the game won’t be receiving any new feature updates.

If you haven’t played the game, you can read our Cyberpunk 2077 review here and pick it up on PS5, Xbox Series X/S, PS4, Xbox One, Google Stadia and PC. 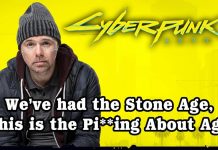