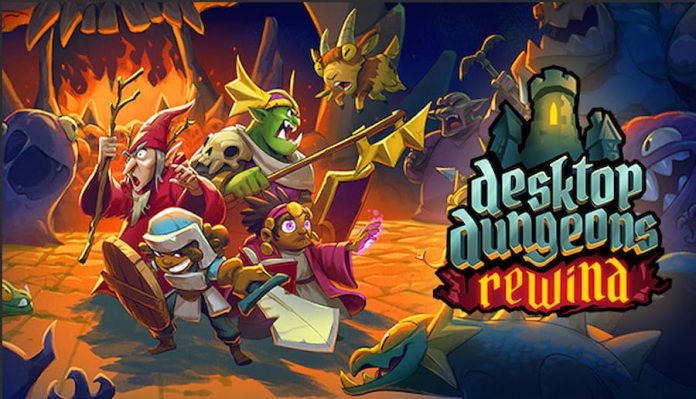 In Desktop Dungeons: Rewind, you’re only ever one wrong click away from death. But that’s what makes this dungeon crawler so great.

It may look deceptively simple, but Desktop Dungeons: Rewind requires serious strategy to best it. Out later this year, this is a remake of the existing Desktop Dungeons, featuring all-new visuals and the titular rewind mechanic. Essentially a roguelike dungeon crawler, it’s a game designed to be played in short bursts, clicking your way around a dungeon until the inevitable happens: you die. That’s the way it’s designed. It’s not your fault. But you will get better the more you play. Or, that’s the hope at least.

On the surface, Desktop Dungeons: Rewind doesn’t have any deep mechanics. You simply move around a gridded dungeon by clicking, and clicking on an enemy will initiate combat. Click on a spell or item in your inventory to use it, and that’s it. Uncovering new spaces in the dungeon will restore your health and mana, and you’ll gradually earn XP as you go, levelling up and becoming tougher.

But to brush this off as something simple would be a mistake. Despite its surface level appearance, Desktop Dungeons: Rewind requires serious strategy to succeed. You’ll need to pay close attention to your stats and to your enemy’s, and make clever use of your available spells and abilities to come out on top. Do you hop around the dungeon, revealing every available tile before you start taking out enemies? But then how will you restore health? And taking down that level 4 goat seems like a good idea, but it’s going to leave you with almost no health. How can you then go on to tackle that ogre when you’re going to die with one more hit? 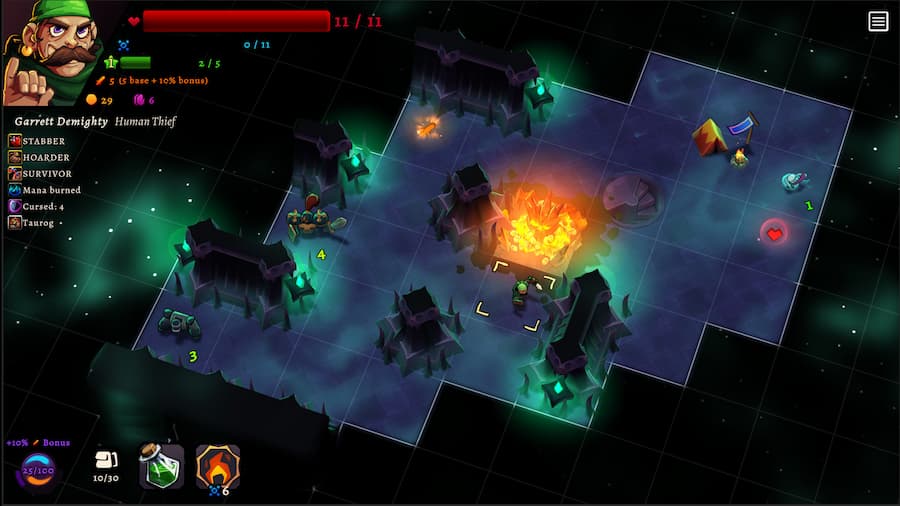 And so, learning the unwritten rules of the dungeon is a key part of Desktop Dungeons: Rewind. Trial and error will likely be the way to go, and the brand new rewind function occasionally kicks in, letting you reverse your fate and try again, hopefully getting a little bit further before death comes your way this time around.

The fast-paced nature of Desktop Dungeons: Rewind, though, means death is never a real penalty. Sure, it can be a minor annoyance if you’ve got pretty far, or have some nice spells in your stash, having one wrong click send you spiralling back to the start. But you’ll jump straight back in, quickly making progress with each mistake being a lesson to you.