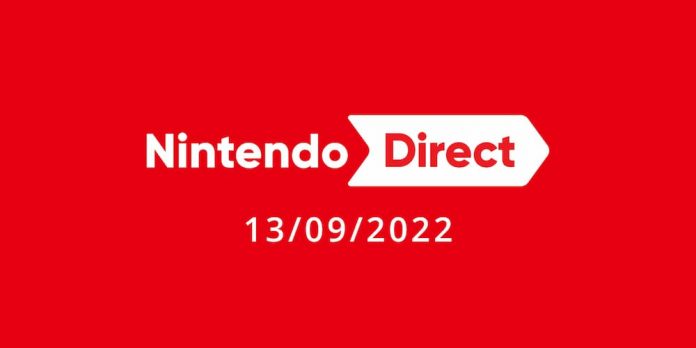 The first of two gaming streams has just happened: Nintendo Direct, offering up 40 minutes of games coming this winter.

If you missed it, don’t worry. We’ve rounded up everything shown off during the stream right here. And you can watch it for yourself by heading over to Nintendo’s YouTube channel. So, without further ado, here’s everything that was shown off during September’s Nintendo Direct livestream.

A new entry into the Fire Emblem series is our first announcement: Fire Emblem Engage. It looks as big and grand as you’d expect from a Fire Emblem game, and it’s out on 20th January 2023. A standard version and an collector’s physical version will be available, including a steel book, art cards and a book.

One of the best couch co-op games to be released in recent years is making its way to Switch: It Takes Two. It’s obviously had a bit of a graphical downgrade to get it playing on Switch, but if you’re yet to experience this adventure, it’s well worth jumping into. It’s out on 4th November, and can be played with two players on one system, or with a console each via the free friends pass.

If horror is your bag, then Fatal Frame: Mask of the Lunar Eclipse should probably be on your radar. You’ll make use of a camera obscura to uncover secrets, and it’s coming to Switch in early 2023.

A new hero is coming to Xenoblade Chronicles, the mechanical Ino. She brings new combat options, and challenge battles will also be added to the game, with more ways to play and new ways to earn outfits and items. Wave 2 will be available on 13th October.

Here’s a game we alreayd know is coming to all formats. It’s a colourful 3D platformer featuring Spongebob and his fellow Bikini Bottom residents. It’s coming at some point in 2023.

Remember Fist of the North Star? Of course you do. But this is the game as you’ve never seen before: fitness boxing! Box along with the game March and take out enemies with your own fists. There’s no set release date for this yet, but it’s expected to land at some point in 2023.

Oddballers is a multiplayer party game, challenging up to six players to defeat each other in frenzied arena battles. It’s coming early next year.

The lovely adventure game starring a fox is making its way to Switch. We loved Tunic when it released on Xbox and PC earlier this year, and it’s almost available on Switch: you can grab it on 27th September.

Full remake of two Front Mission games are coming to Switch. Battle against opponents in an mega mech suit, firing guns and upgrading as you see fit. It’s also the first time the sequel will be available outside of Japan. The first game is out this November, with Front Mission 2 launching early 2023. A Front Mission 3 Remake will also be coming in the future.

Story of Seasons: A Wonderful Life

A brand new Story of Seasons game is on the way. As usual, you’ll be taking control of a farm passed down to you by a relative. You’ll be farming crops, caring for animals, befriending townsfolk and growing your smallholding as you go. As usual, you can also forge a relationship with a neighbour of your choice, creating a family of your own. It’s out in summer 2023.

Splatoon 3 launched last week, and the first Splatfest has been announced. Kicking off on 23rd September, you’ll be asked what you’ll bring to a deserted island. Get ready to join a team and kick some inky butt. More free updates will also be coming in the future.

Octopath Traveler is getting a sequel! Follow eight new characters on their journey through the game, each with their own stories to unravel. As expected, the game features Square Enix’s trademark ‘HD-2D’ art style. It’s scheduled to release on 24th February 2023.

Another farming and life simulation game is on the way. You’ll use magic to grow crops, meet the townsfolk and explore enchanted realms. You can play by yourself, or join up to three other friends in local or online multiplayer. It’s coming in spring 2023, exclusively to Switch.

To celebrate the 35th anniversary of Final Fantasy, a new entry into the music-rhythm Theatrhythm series is coming to Switch. There are over 380 songs in the game, including classics such as One Winged Angel. And more will be added later, including songs from different franchises. Play by yourself or battle against friends in multiplayer. It’s coming to Switch on 16th February 2023, and you can pre-order today.

Here’s another look at Mario + Rabbids Sparks of Hope, which is out on 16th October. If you’ve played the previous game in the series, you’ll already know what to expect: platforming adventure coupled with exhilarating turn-based battle.

Life simulator RPG Rune Factory 3 Special is making its way to Switch. There’s a brand new mode exclusive to Switch, too. It’s coming at some point in 2023. There’ll also be a brand new Rune Factory game to come in the future.

From Square Enix, here’s a new RPG coming to Switch. Set out on a grand adventure, battling monsters and making new friends and more. Oh, did we mention it’s out today?

A 2D exploration game, Ib is a mysterious adventure that starts out in an art gallery. Expect unsettling scenes in this one when it launches in 2023.

Atelier Ryza 3: Alchemist of the End & the Secret Key

More Mario Kart 8 Deluxe content is on the way. Merry Mountain from Mario Kart Tour and Peach Gardens from Mario Kart DS will be coming to the game. It’s launching sometime this holiday, and it’ll be available for free if you have Nintendo Switch Online + Expansion

In the next free update to Nintendo Switch Sports, gold will be added. You can play by yourself or with others, or battle it out in survival mode. The update is coming a little later than planned, but is expected this holiday season.

We got a look at existing mobile game Pikmin Bloom is an AR game that uses your real-world location, just like Pokémon GO. But the real announcement is Pikmin 4, the next mainline game in the long-running Pikmin series, coming in 2023.

Revealed during Ubisoft’s presentation at the weekend, here’s another look at the next entry into the Just Dance series. It’s coming November 2022.

We got another look at Square Enix’s Harvestella, a farming simulation game meets RPG coming on 4th November. A free demo will be available from today which will allow you to carry over progress to the full game when it launches.

Bayonetta is coming back, but we already knew that. This new trailer of Bayonetta 3 gives us a glimpse at combat and some of the other characters featuring alongside her: Luka, Jeanne and Viola. It’s coming on 28th October, and pre-orders are available now.

Here’s a brand new game from the creators of Danganronpa. Explore the city of neverending rain as you inspect crime scenes, engage with spirits, and make your way through mystery labyrinths. It’s launching first on Switch, coming spring 2023.

Resident Evil Village is coming to Nintendo Switch via the cloud. If you’re yet to experience the latest game in the Resident Evil series, you’re in for a treat. It’s out on 28th October – and a free demo will be available from today. The Winters’ Expansion will follow on 2nd December.

Kung-fu action brawler Sifu is making its way to Switch on 8th November. Pre-orders are open from today.

A classic shoot em up, Radian Silvergun is coming to Nintendo Switch. Shoot your way through enemies and aim for the best score – and it’s available from today.

Sega’s roguelike Endless Dungeon is making its way to Switch. Fight off endless waves of monsters, explore procedurally-generated levels and get as far as you can. It’s out in 2023.

A remastered version of Tales of Symphonia is making its way to Nintendo Switch. This classic RPG from Bandai Namco combines combat, storytelling and expoloration in a beautiful world – and it’s coming to Switch in early 2023.

It wouldn’t be a video game presentation without some sort of montage. These five games were briefly shown off alongside their release windows:

Yet another Kirby game is on the way to Nintendo Switch. Return to Dreamlight Deluxe is a remake of a classic platforming game featuring everyone’s favourite pink blob. It can be played in single player or co-op with up to four players on the same system. Alongside the main adventure, there’s a series of fun minigames that can be played with up to four players. It’s out on 24th February 2023.

The Legend of Zelda: Tears of the Kingdom

It wouldn’t be a Nintendo Direct if it didn’t end with a Zelda trailer, right? This is the long-awaited sequel to Breath of the Wild, finally with a name all of its own. Get back to exploring a huge world as Link, this time with new abilities up his sleeve, including plenty of skybound exploration. It’s due out on 12th May 2023. 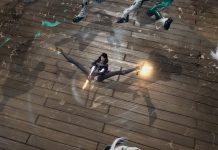 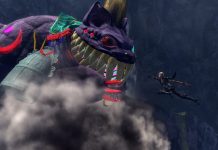 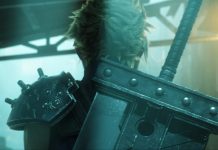 Seven Games That Were Notably Absent From E3 2018 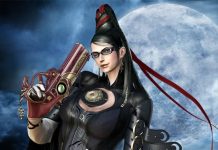 Nintendo Switch is Getting Bayonetta 1, 2 and 3