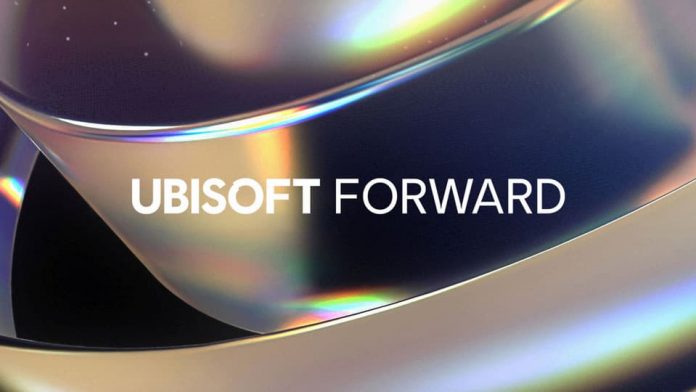 It’s not fashionable to have a show during the main E3 season anymore, it would seem. And so Ubisoft chose to have an event later in the year: today. Ubisoft Forward is a celebration of everything Ubisoft, showing off new announcements, updates to upcoming games, and new content coming to existing games.

If you missed the livestream, don’t worry. Here’s everything revealed during today’s Ubisoft Forward.

Ubisoft Forward kicked off with a game we already know is coming soon: Mario + Rabbids: Sparks of Hope. This new trailer of the second game in the Mario + Rabbids series gave us a first look at one of the quests – featuring a special battle.

As expected, this turn-based adventure looks wonderful, taking place in a bold and colourful world. The trailer we’ve seen showed Mario, Luigi and a Rabbid dressed as peach on a mission to reach the top of a volcano. Doing that means taking a train, finding secrets, solving puzzles, and meeting various characters. We were also privy to an action-packed boss fight with Wiggler.

Post-launch plans for the game include three DLCs, one of which introduces a new playable hero: Rayman! More will be announced on the post-launch content in due course.

The long-awaited Skull & Bones is finally almost here, and this new trailer gives us perhaps our best look yet at what to expect. A cinematic opening sets the scene, showing off some fantastic-looking environments and skylines. In terms of gameplay, this is a multiplayer experience designed to be as authentically pirate as possible.

On land, you’ll hunt down treasure or shop on the black market. But on the sea, you’ll need to fend off rogue pirates out to get your loot. Of course, building up your ship is a big part of the game. You’ll upgrade it over time, choosing weapons like cannons to keep enemies at bay. You’ll also need to choose armour, protecting your hull against incoming attacks. And finally, you can choose who it looks, with customisable sails and colourways.

Skull & Bones is PvPvE, although you can turn off PvP if you’d rather focus on taking down CPU enemies. And for those who revel in online play, you’ll be glad to know it’s cross-play, so you can play with friends no matter what format they’re on.

Here’s our first update to an existing game. We loved Riders Republic when we played it last year. It’s an open world racing game, mixing together bike races, snowboarding and skiing into one seamless experience. The next update coming to the game will add BMX racing, bringing new tricks to the board, new customisation options and new sponsors. It looks like there’ll also be new areas, perfectly suited for pulling off BMX tricks.

Believe it or not, The Division 2 is still going strong, bringing in new content even three years after its initial launch. Two more major updates are coming this year: Season 10 and 11. New outfits and vanity options are coming, too, along with new missions, new allies, and new Manhunt quests.

In terms of The Division 2‘s long-term commitment, a fifth year plan is in progress, so more content can be expected throughout 2023 and 2024.

The Division Heartland is a standalone adventure set in the Division universe – and it’s going to be free to play. It’s a survival action shooter set in the town of Silver Creek. As a Division agent, it’s your job to protect the town from contamination, enemy attacks and rogue agents. As you’d expect, the story ties into the existing Division world.

Here’s yet another Division game: one playable on mobile. The Division Resurgence is a multiplayer experience where players race against the clock to take down incoming threats, collect valuable items and protect themselves from incoming attacks.

We’re sticking with Tom Clancy, and this time it’s Rainbow Six, coming to mobile. A closed beta will be available this autumn. This is a free-to-play game that’s been designed from the ground up for mobile devices. It’s a competitive, tactical, team-based FPS experience.

The closed beta will be available from Monday in a handful of countries including USA.

Ubisoft has partnered with Netflix to bring three games to mobile in the next couple of years. Valiant Hearts 2, the second instalment of Mighty Quest, and a mobile Assassin’s Creed game will all be coming to mobile – via Netflix – in 2023 and beyond.

We got a trailer to the season three of Apple TV’s Mythic Quest, a sitcom about game development. If you’ve never watched it, it seems like now is the time to jump in ahead of the next season.

Here’s a trailer for the super-powered Trackmania, Ubisoft’s cutting-edge racing game. The latest in the series released two years ago on PC, and now it’s coming to other formats in early 2023. Cross-play and cross-progression will be available across all platforms, too.

Released last week on PC, Rocksmith+ is a tool designed to teach people how to play guitar. A subscription-based platform, it offers up thousands of songs, along with an adaptive difficulty that increases as your skill improves over time. We’re yet to try it, but the original version – released way back on PS3 – was a lot of fun, and an effective teaching tool.

It wouldn’t be Ubisoft Forward without a look at the next Just Dance game. By now we all know what to expect: a music-based game designed to get us all up on our feet and dancing. However, the next Just Dance promises a new experience, thanks to a new art direction, new UI and new features to discover playlists and songs.

New songs, new game modes, seasons and more will be added to the game over its lifetime. You can group up with friends online, interact using stickers, and quickly jump into a song with them.

Here’s our first look at the next Assassin’s Creed game. Just as certain as the sun will set, we’re never very far from a new entry into the Assassin’s Creed series. This is the first of a number of Assassin’s Creed-flavoured announcements, revealed during a special segment of Ubisoft Forward to celebrate 15 years of the franchise.

We haven’t seen any gameplay yet, but a cinematic trailer is reminiscent of early Assassin’s Creed games. You know, the ones where you were an actual assassin. It promises to be narrative-driven, with a focus on story. It’s set in Baghdad 20 years before Valhalla, and features Basim, who you’ll recognise if you played the last Creed.

Here’s a new expansion on the way for Assassin’s Creed Valhalla. Called The Last Chapter, it continues Eivor’s story as she sets off for new shores to find new adventures. Oh, and it’s free to play, tying up existing quests in the game.

An open world Assassin’s Creed game is in development for mobile. Set in ancient China, you’ll be able to create your own character from scratch for the first time. If mobile gaming is your thing, this is one to keep your eye on.

This is the next flagship Assassin’s Creed, taking place in feudal Japan. Players will “live a very powerful shinobi fantasy”. This is very much a teaser, with the trailer lasting only a few seconds long. With Mirage launching in 2023, we’d imagine this will be in 2024 or even beyond.

With a very witchy, horror-themed trailer, this is Assassin’s Creed Codename Hexe. We’ve been told absolutely nothing about this other than it’ll be “a very different type of experience”, so make of the teaser trailer what you will. This teaser, and the rest of the Assassin’s Creed announcements, can be seen in the Showcase video above.