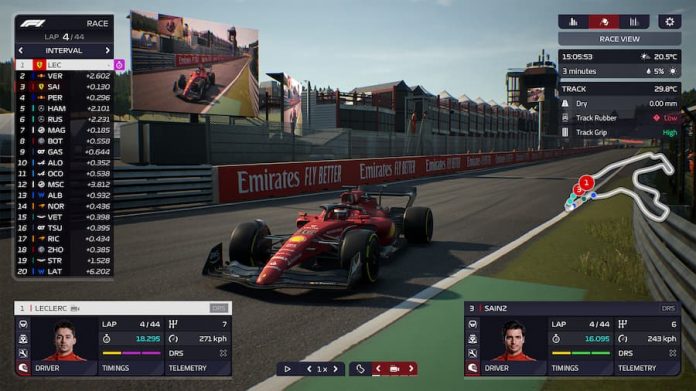 Management games have always been popular, and so it’s strange that that there haven’t been many in the motorsport space over the years.

Frontier Developments hopes to plug that gap in the market with F1 Manager 22, a game that lets you take the reins of one of the 10 official F1 teams and hopefully lead them to glory. Or perhaps not. You see, it’s all relative. Take control of one of the teams at the top and there’ll be high expectations, but if you choose a team that’s been historically struggling, merely taking steps in the right direction will be appreciated.

Ultimately though, once you’ve chosen a team in F1 Manager 22, its destiny is down to you. Stick around for a few seasons and who knows, maybe your once troubled team will be on top. It’s all on you. There’s a lot to get your head around before that’s likely to happen, however. As you’d expect from a management game, there’s a bewildering amount of options on offer here, and even with the game easing you in it can take a while before you feel totally comfortable.

You’ll start by learning the basics: the race weekend format, developing and installing parts and suchlike. But pretty much straight off the bat you’re allowed to tinker with everything if you wish. And to truly succeed in F1 Manager 22 you’re going to need to. Away from the race weekend you’re going to have to concern yourself with research and development, staffing, the upkeep of your facilities, and more. You can take things at your own pace, but it still feels like trying to keep multiple plates spinning at once.

F1 Manager 22 is at its most exciting, however, when those race weekends crop up. It’s up to you whether you take the more passive simulation option, or choose to manage things like practice and qualifying sessions yourself. Though of course, the latter almost always leads to better results. During practice it’s important to get yourself prepared for the race ahead, allowing your drivers to acclimatise to the track while configuring their cars until they’re confident in their capabilities. Fail to do this, and there’s little chance you’re going to get on the podium. 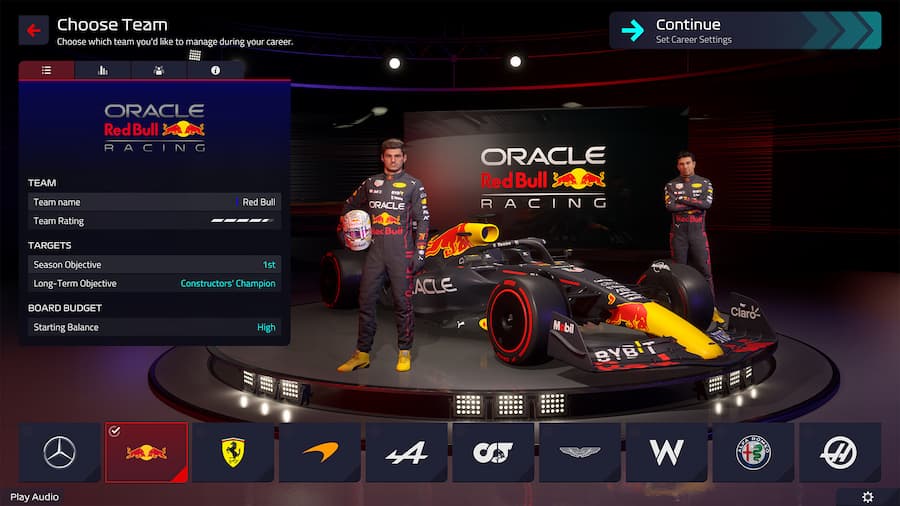 When it comes to the races themselves, they’re excellently presented, just like the rest of the game. The visuals are surprisingly lifelike, allowing you to believe that you’re simply watching a race on TV. You can’t rest on your laurels, however, especially so if you want to make an impact. Influencing the behaviour of your drivers is crucial if you want to make waves, but a balance has to be struck. Bearing in mind your chosen pit strategy, you need to monitor things like tyre wear, fuel load and battery levels and instruct your drivers to drive more or less aggressively to suit.

Related: The Best Racing Games on PS Plus Extra

Ideally you’ll be watching races play out in real time, allowing you to more effectively micro-manage the performance of your cars and drivers. This allows you to watch the on-track action in detail, too, though it does make some of the game’s shortcomings more apparent, like some awkward animations when crashing. If watching an entire race doesn’t appeal to you, however, you can enable fast-forward, with prompts occasionally popping up that allow you to watch replays of notable events if you wish. 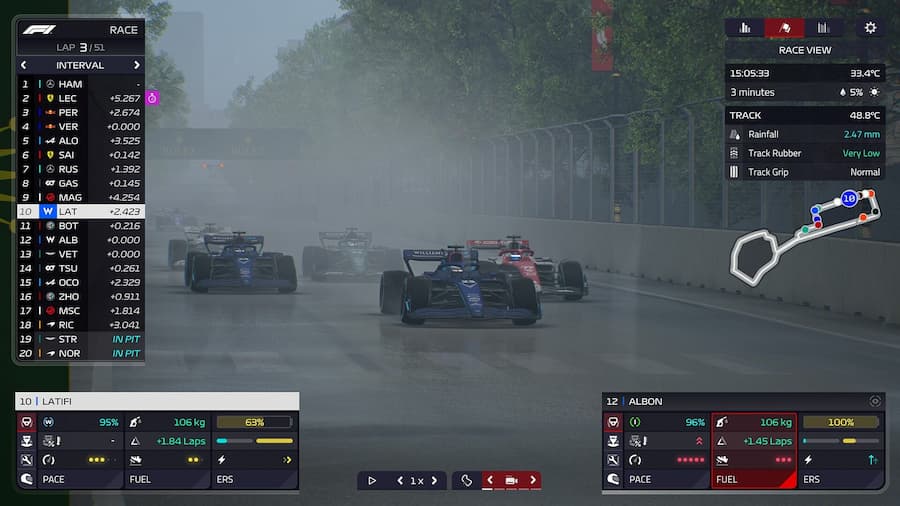 With so many variables to tinker with, you sometimes might wonder just how much of an impact your choices have. Gains here are rarely dramatic, and so you have to commit to the long game and see where you end up. There’s one thing for sure though: when it comes to race weekends, you can’t help but get engrossed in the action. You’ll be on the edge of your seat, pleased with yourself when your drivers make gains, but also prepared to shake your fist at the screen when they mess up. It has to be said that they seem pretty impervious to that though, as do the competition. There are rarely any major catastrophes or accidents, which doesn’t seem entirely realistic.

We’ve been playing F1 Manager 22 on PS5 for review, and we’re pretty impressed by how it translates to the format. The controls can be fiddly, but considering the breadth of options here Frontier Developments has done a great job in creating a setup that works. The power of next gen means you’re never really staring at a loading screen either, which is a huge boon for this type of game.

As far as motorsport management games go, F1 Manager 22 is a cracking first effort from Frontier Developments with just some minor issues that will hopefully be addressed in future updates. There’s a lot to get your head around, but for those who put in the time and effort to learn every aspect, this will be wondrously rewarding.

This review of F1 Manager 22 is based on the PS5 version, with a code provided by the game’s publisher. It’s available on PS4, PS5, Xbox One, Xbox Series X/S and PC.