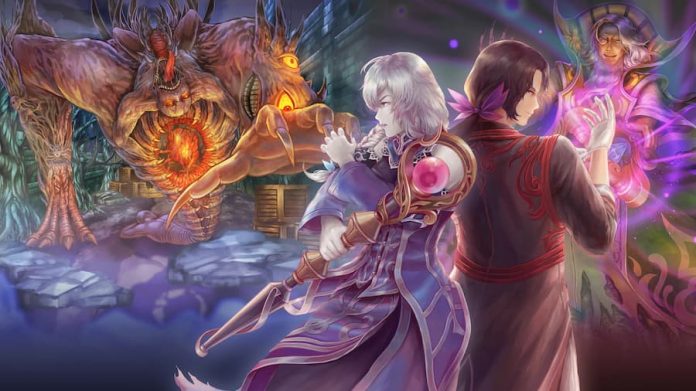 Sometimes, a bad game can be redeemed.

It’s safe to say that we didn’t like Fallen Legion Revenants when it launched on PS4 and Switch early last year. In fact, we gave the game a paltry 3/10 in our review. The news that it’s now also available on PS5, Xbox One, Xbox Series X/S and PC, then, might not excite you. But it perhaps should, as after revisiting the game on PS5 we’ve found that it’s now much improved.

If you’re unfamiliar with the Fallen Legion series, here’s a quick overview. The games are essentially action RPGs, where story scenes are interspersed with stages in which your party of fighters pushes forward of their own accord. When they’re faced with enemies, however, it’s up to you to push the buttons corresponding to each member of your team to attack. The idea is to overcome your opponents with combos, utilising the skills of each of your party members effectively.

It’s a fairly simple concept, made deeper by the fact that you can develop your fighters over time. And Fallen Legion Revenants adds even more layers to the gameplay, making you consider the placement of your fighters and more. If you’re looking to get into the series, you’re perhaps best starting out with the first game, Fallen Legion: Sins of an Empire. The good news is that it’s available on a wide range of formats now too, bundled with its sequel Fallen Legion: Flames of Rebellion to form Fallen Legion: Rise to Glory. 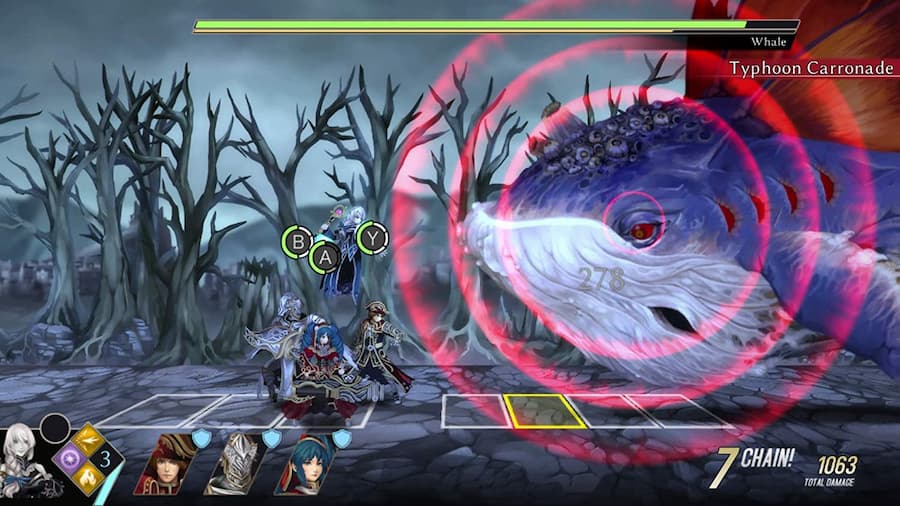 But anyway, back to Fallen Legion: Revenants. It was pretty awful back when it launched. It felt rushed, incomplete, and in trying to add more complexity to the gameplay, developer YummyYummyTummy had also sucked all of the fun out of it, mainly because it felt too chaotic and unbalanced. Thankfully, that’s no longer the case.

Numerous updates have been released for Fallen Legion Revenants since its launch on PS4 and Switch, but the biggest came in August 2021. Called the ‘Crimson Rose’ update, not only did it rebalance the entire game based on player feedback, it also added numerous difficulty levels, brought quality of life improvements, and even introduced new content and features in the form of additional Deathblows and a new Archeus Fusion system.

The whole game was essentially born again, and that base has been used for the version of the game now available on more formats. What’s more, there’s additional content too, with new playable exemplars giving you more options when it comes to battle. And so, if you tried Fallen legion Revenants before and didn’t like it, now’s the time to give it another go.

With all of the changes in place, Fallen Legion Revenants is undoubtedly a much better game. The combat is faster paced and also feels tighter and fairer. And if you’re struggling, you can always lower the difficulty level rather than having to quit or get frustrated.

Even outside of combat, changes can be felt. You’ll now quite enjoy the dual protagonist story that Fallen Legion Revenants offers, letting you engage in stealth, subterfuge and politics as Lucien to achieve your goals before taking control of Rewena and leading a small party of Exemplars into battle. It simply feels more cohesive and balanced. A Japanese voice acting option has been added as well, just in case you don’t get on with the default English cast.

And so, if you’re keen to get stuck into an action RPG that’s a bit different from others that are available, be sure to keep the Fallen Legion series in mind. Especially now that Fallen Legion Revenants isn’t the disappointing sequel that it once was. 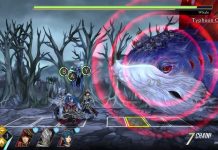