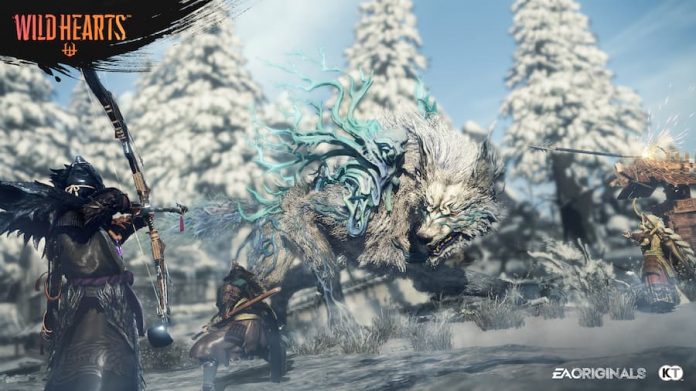 It also has a name now; when it was announced earlier this month, publisher EA and developer Koei Tecmo were tight-lipped about it is name. But “Wild Hearts” it is, even if that sounds like some kind of Wild West romance novel. And this February, it’ll send you to a feudal Japan-inspired fantasy land to do some serious hunting.

No, don’t click away. It’s not that kind of hunting game. You don’t use a shotgun to annihilate animals that could, at best, give you a nasty look. Instead, Wild Hearts is less Way of the Hunter and more Monster Hunter. You’ll face “Giant Nature-Infused Beasts“, so some prey could probably divorce your head from your shoulders.

The fantasy land in question is Azuma and, while you can happily hunt on your own, there’ll be a co-op mode as well. So you’ll be able to take on beasts as part of a team, though we wouldn’t count on it being a cakewalk. With beasts like the imposing-sounding Kingtusk, there’s bound to be some high-level hunting threats.

You’ll also have to engage in a fair amount of crafting, using the game’s ancient technology, Karakuri. “We also wanted to create a game where crafting was at the core of the experience, redefining what can be possible in a beast hunting game,” according to Yosuke Hayashi, Koei Techmo’s Vice President.

Yes, the boast that crafting is “.. at the core of the experience” does have us raising an eyebrow. But having seen the trailer, which you can see above, we feel a lot better about that. Aside from looking gorgeous, the trailer shows your protagonist crafting some ridiculous monster-bashing traps. You can bet we’re going to build that giant hammer.

Wild Hearts is set for a February 17th release, arriving on PlayStation 5, Xbox Series X|S and PC via Origin, the Steam Store and the Epic Games Store. 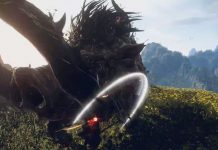