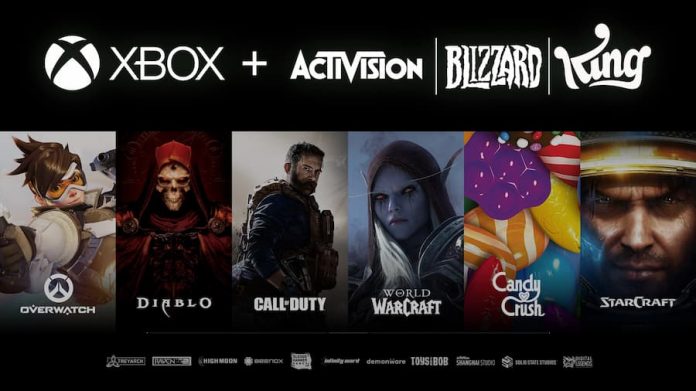 Overwatch, Diablo and Call of Duty will be coming to Game Pass, according to an open letter penned by Xbox head Phil Spencer.

The letter also mentions using cloud technologies to bring titles to multiple other platforms, including Samsung TVs. Spencer states that, “While we love consoles, we recognize that they are not the only way that people play games. Today, the largest and fastest growing segment of gaming is mobile platforms.”

He then goes onto to state that Microsoft is committed to reaching more players and that bringing games to mobiles is one such option though he doesn’t specify whether he’s referring to cloud gaming or mobile-native titles.

There a little more to the latter than that but the general gist is that everything’s going to be okay and that Microsoft’s purchase of Activision Blizzard isn’t going to turn every other platform into a paperweight.

Except.. there may be more to this than meets the eye. Yes, it could just be an amazing coincidence but the letter was published the same day that the UK’s Competition and Markets Authority (CMA) announced it’s on the brink of Phase 2 of its investigation into the purchase. The CMA’s press release states:

…The CMA is concerned that Microsoft could leverage Activision Blizzard’s games together with Microsoft’s strength across console, cloud, and PC operating systems to damage competition in the nascent market for cloud gaming services.”

Phil Spencer’s open letter addresses at least some of those points, though whether that’s good enough to stop the CMA from proceeding to Phase 2 of their investigation is another thing entirely.

There’s no doubt that Microsoft’s purchase of Activision Blizzard is a huge deal for Microsoft, though whether it’s good news for gamers remains to be seen.