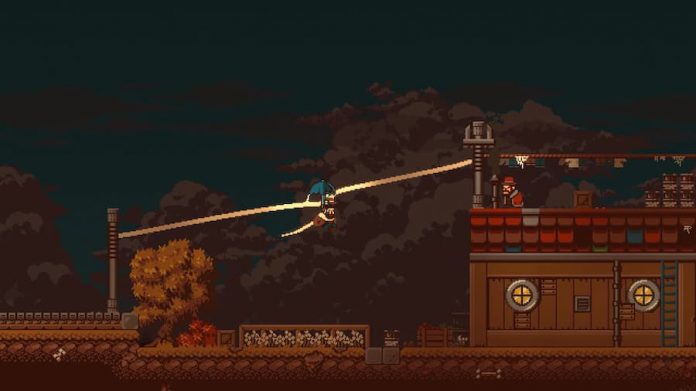 Doinksoft, developer of 2019’s cat-led black and white Metroidvania adventure Gato Roboto, is serving up something rather different for its follow up title.

For a start, Gunbrella, set for release in 2023, is awash with colour. From the moment you start the game, disembarking from a boat into a world you know little about, you can see that there’s much more detail packed into pretty much everything. The visuals are still old-school but they’re a generation ahead of what were seen in Gato Roboto. Out with the 8-bit and in with the 16-bit.

The gameplay here is a stark contrast to Gato Roboto, too. Our unnamed hero is armed with the titular Gunbrella, an object that he’s seemingly seeking out information about. But until then, he’s willing to make good use of it. And what a handy device it is. As the name suggests, it’s a gun, but it’s one that can fire a range of bullets. Shotgun shells are infinite, but to attack from afar rifle rounds can be inserted. It can even fire grenades if you happen to find some.

And then, of course, there’s the umbrella aspect. Open up the umbrella in mid-air and it enables you to dash to get some air. Then, if you hold the umbrella above you, you can float back down to the ground. Handy. The umbrella has some other uses, too. It can be used to power up and down ropes like zip-lines, for example, and can even be used to deflect incoming projectiles if you get the timing right. That’s one tough umbrella. 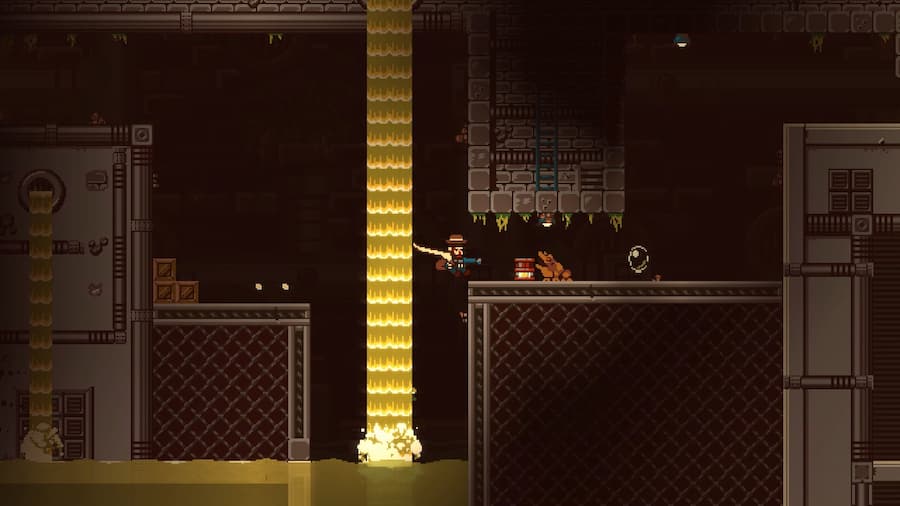 In the hour or so we played Gunbrella, we progressed through a myriad of environments. We moved from the outskirts of a town into the town itself, but then had to descend into its sewers to circumvent a blockade that had been put in place. Eventually we ended up in the hideout of a cult, hoping to free the town’s mayor and one of its golden-haired female residents. Of course, that involved defeating a boss.

Less of a Metroidvania than Gato Roboto, Gunbrella seems to have much more forward momentum. In fact, Doinksoft is simply describing it as an action adventure game. Combat is fast and brutal, largely thanks to your manoeuvrability. You need to think and act fast, using your Gunbrella to block or deflect attacks and navigate around your opponents. And you need to use the fact that you can shoot in any direction to your advantage.

Your health is limited, and healing items are scarce. Thankfully, resting places – in this case benches – are placed liberally, allowing you to save your game and recover your health before returning to the fray. So, even if you do get stuck in a particular area, you don’t have to retrace too many steps if you do die. And once you’ve got past it, chances are there’ll be another bench soon after to give you peace of mind. 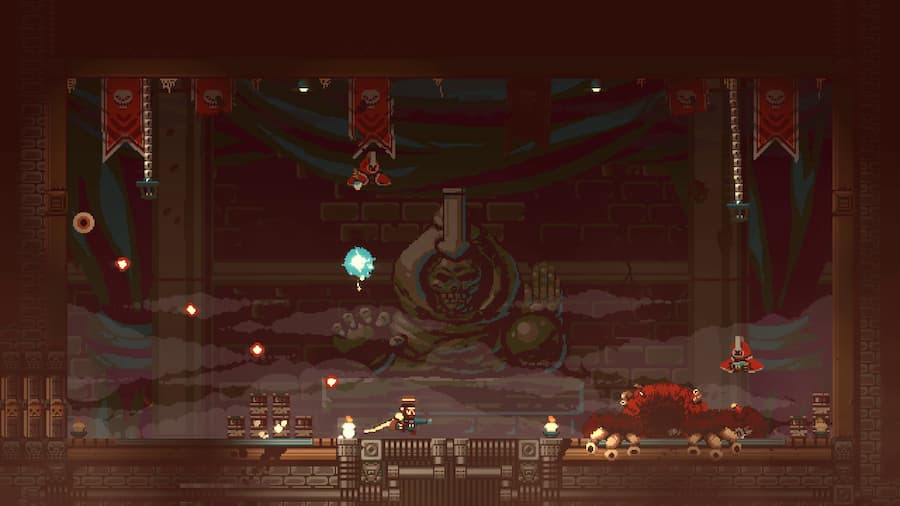 One thing that Gunbrella very much shares with its predecessor is a sense of humour. It doesn’t try too hard to make you laugh, but everything from its premise to its dialogue has its tongue firmly in its cheek. It’s nice, and simply adds to the joy of playing it.

Set for release sometime next year on PC and Nintendo Switch, Gunbrella is certainly a game to keep your eyes on, especially if you’re fan of side-scrolling action games with exciting twists. We were honestly rather disappointed when the demo for this ended, as we truly got invested in it. Who would have thought that combining an umbrella and a gun would lead to such fun results?

Gunbrella launches in 2023 on PC and Nintendo Switch. 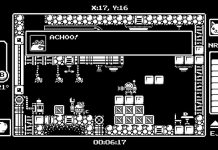