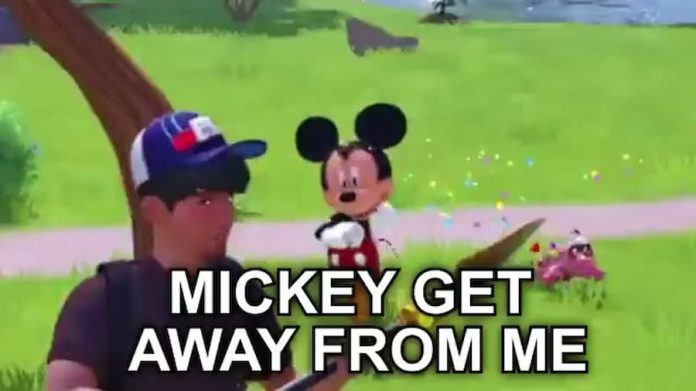 Who knew a cartoon mouse could be so distressing.

We’ve had plenty of good things to say about Disney Dreamlight Valley, the new Disney life-sim from GameLoft. We remarked that “if you enjoy the likes of Animal Crossing: New Horizons and its ilk and you’re a fan of Disney, you’re going to absolutely love Disney Dreamlight Valley”. But one player’s experience – as documented in a hilarious video – hasn’t been quite so positive.

As spotted by GamesRadar, Twitter user and artist Chwistopher | DLV Hell turned an encounter with Mickey Mouse into a nightmarish appearance. After briefly appearing camera shy, turning away when Chwistopher tried to get a picture, the cartoon mouse started to pursue them.

What’s so entertaining – and unsettling – about Chwistopher’s encounter is Mickey’s dead-eyed expression, and the fact that he follows the player into his house. Maybe Mickey just wanted to be friends but you’d be forgiven for wanting to put mouse traps down after seeing Chwistopher’s entertaining video below.

Of course, if you’ve played Disney Dreamlight Valley yourself, you’d know that this is a perfectly normal interaction: you can choose to ‘hang out’ with a resident (including Mickey) which means they’ll follow you around and offer up bonuses to certain activities. And yes, it means they’ll even follow you into your house. You’ll need to politely ask ’em to scram if you want a bit of peace and quiet. 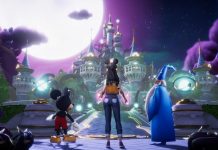 How to Complete The Unknown Flavor in Disney Dreamlight Valley

Disney Dreamlight Valley Recipe Guide: How to Cook All Meals 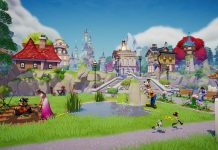 Disney Dreamlight Valley Characters Guide: How to Unlock Every Character

How to Get Rid of Tree Stumps in Disney Dreamlight Valley