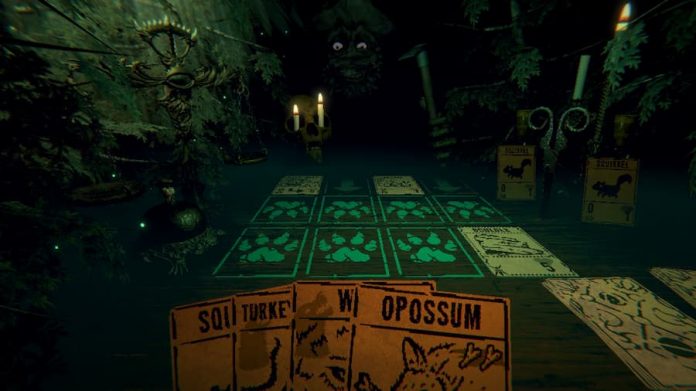 I’d slept on Inscryption, having only briefly scratched the surface of its original PC release. What a fool I was.

First released on PC back in October, Inscryption from Daniel Mullins wants to enthrall you and subvert your expectations at every given turn. Presented as a deckbuilding roguelike game with a healthy dose of horror, Inscryption will initially appeal to players who enjoy card-based combat. But even if that isn’t your genre du jour, you shouldn’t write this one off. Because it’s so much more. So. Much. More.

Unfortunately, I can’t delve into rich detail about everything that makes Inscryption what it is. Because that would spoil the magic for you if you’re yet to dive into this delightfully dark adventure. But with adventure-game style puzzles, surprising FMV sequences, subtle changes that will make you question your own sanity and gameplay that constantly keeps you on your toes, it’s safe to say that you’re going to be in for a treat.

As delicious as all of Inscryption‘s ingredients are, however, the card-based gameplay remains the focal point of the experience. And so if you don’t enjoy deckbuilding, it might be a heavy burden to bear. Thankfully, this is a very simple yet enjoyable card game that’s easy to learn, yet requires serious skill to fully master.

Each card in your deck typically has three values: its cost, a damage number, and a health number. Unless a card is free to place, you’ll likely need to make a sacrifice to play it. Squirrel cards, in abundance, can perform no damage, but they can be scarified for one blood, allowing you to place another card capable of damaging your opponent. More powerful cards cost more blood, and so you may have to sacrifice more than one card to place them. 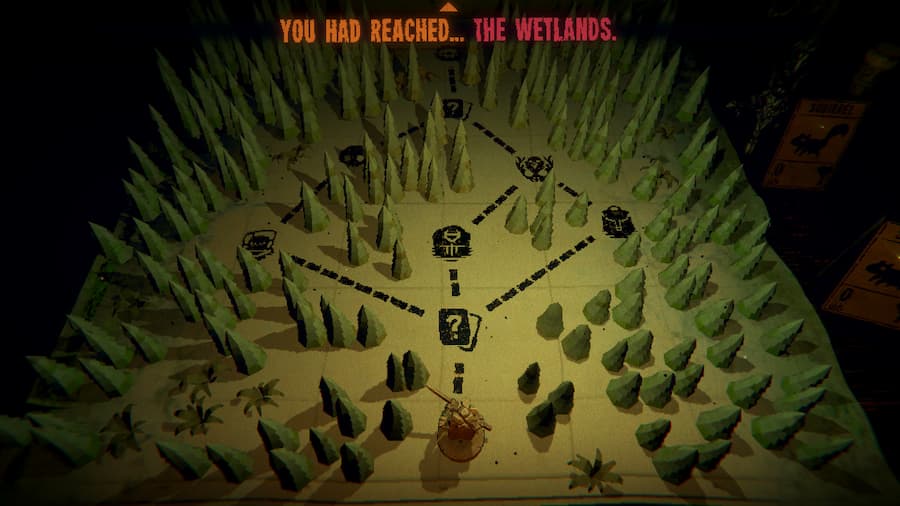 Some cards may instead cost bones, with every card sacrificed or killed by your opponent giving you a bone. These stack up as you play. The ultimate goal is to tip the scale of your opponent by dealing more damage directly to them than they do to you. You’ll need to push past their cards and survive their incoming attacks in order to damage them directly. Sometimes it’s easier said than done. But get the right deck of cards, and it’s a cinch, with each victory feeling ever so satisfying.

Between matches, you’ll initially be exploring a map, with opportunities to get new cards, upgrade the ones in your hand, and more. So far, so roguelike deckbuilder, then. But it’s only when some of the cards in your hands start talking to you that you may get a hint that not everything is as it seems in Inscryption.

Indeed, the impatient Stoat will be your first inkling of the secrets that hide underneath Inscryption‘s already-fascinating veneer. Pay attention to what the stoat says, and you may get a clue of what to do next. Or you may simply want to get up from the table you’re playing at – you can do that! – and have a poke around the moody cabin you find yourself in. Touching clocks, cabinets and safes might make your game master a little annoyed at you, but doing so will uncover important clues and information that you’ll need in order to progress – both through the card game in front of you and through Inscryption at large.

There’s a mysterious cuckoo clock, for example, that you’ll need to wait a while to find a clue for. But fiddling with a chest of drawers early on may bag you some helpful cards, as might figuring out the safe combination. At times, it feels like an escape room game, and I suppose it is: you are trapped in this cabin, after all. But escaping is far more complex than anything else you’ve played. 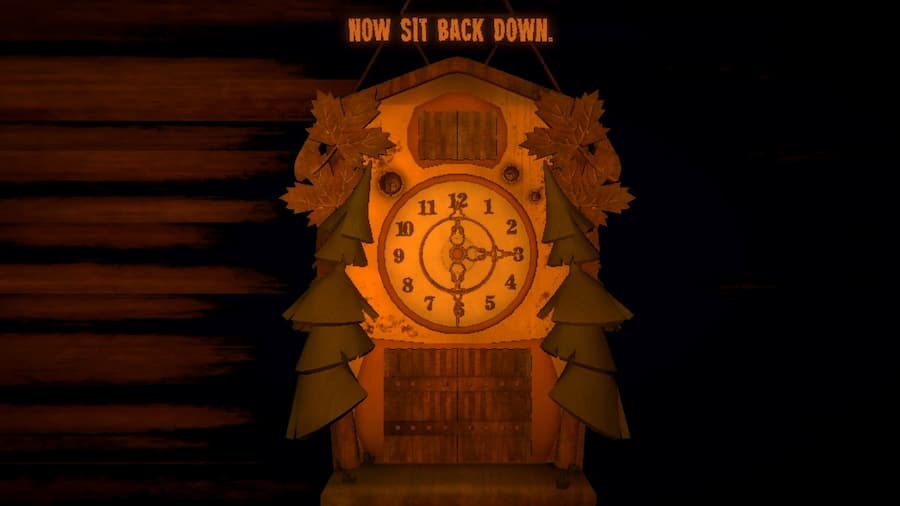 Just when you think you’ve cracked Inscryption, it will turn absolutely everything on its head, presenting you with something completely different. You won’t expect it – I certainly didn’t see it coming, any of it in fact. I won’t tell you exactly what happens, because that will ruin it. The only thing that’s consistent, at least, is the card game – although even the rules there will change somewhat.

I’m not entirely sure how I feel about Inscryption‘s second act. Some of the charm and atmosphere that it created so well in the first hours is lost, which can initially be a little disappointing. But seeing how it all feeds into the larger picture is delightful. One thing is for sure: you’re never sure where things are going to go, and that alone is worth persevering with. Damn, I’ve perhaps already said too much.

This review of Inscryption is based on the PS5 version of the game, via a code provided by the publisher. It’s available on PS4, PS5 and PC. 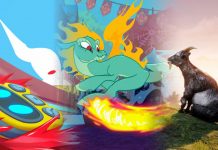 The Weirdest Games on PS5