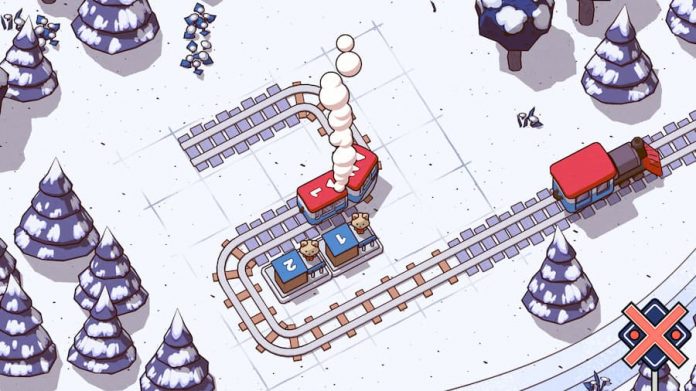 Railbound’s cute dogs are going on a world-spanning railway trip and only you can help!

At least, that’s the premise behind this puzzler. The truth is that you’ll get so engrossed in cracking these train-based puzzles that you’ll forget about the dogs for extended periods of time. Instead, you’ll be focused on how you can get Carriage 1 to reach the train before Carriage 2.

Sure, it sounds simple, but it’s definitely not. When we first heard about Railbound, from the team behind inbento, we were half expecting a straight up resurrection of Locomotion, a game that borrowed, in turn, from PipeMania. But we’re happy to report that Railbound is a rather different beast.

Your objective is to couple several carriages to a train. Once that’s achieved, the train goes on its merry way and you’ve beaten the level. No, we don’t know how carriages move on their own; maybe they only look like carriages but, in reality, they’re some kind of Lovecraftian horrors. We’re not going to ask.

What we do know is that actually figuring out how to route these carriages to the train is a brain-scratching, track-laying joy. The carriages only move when you hit the “go” button, so you’ve got all the time in the world to think about each conundrum. You’ve got a finite number of track pieces, some in-hand and some already on the board which can be removed, and we’re happy to report that failing doesn’t reset your meticulously-laid track layout. 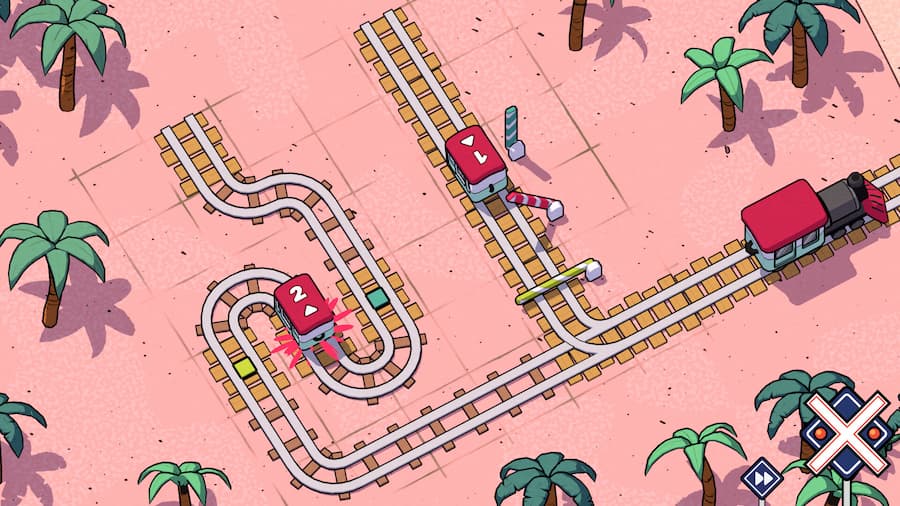 That’s not to say you won’t find yourself grumbling at the screen, but you’ve only got yourself to blame. Realising that Carriage 2 needs to take a little longer to reach the train, you set up what you think is a perfect arrangement: Carriage 1 takes the short way and Carriage 2 takes a curved path.

Then you realise you’ve got the points facing the wrong way and the pair smash into each other. Attention to detail is crucial, as is getting used to rehearsing the routes in your head. You’ll sigh when things go wrong, but finally nailing each puzzle is so very, very satisfying and Railbound stays on the right side of frustrating.

Each world “zone” comes with its own theme and the cartoony train animations are absolutely adorable. But what you’ll be looking forward to is the next puzzle that Railbound throws at you and which new elements it’ll introduce. It might be tunnels, barriers that can only be raised by a carriage’s passage… you get the picture.

With over 150 levels to beat, Railbound isn’t a game you can just breeze through – though the hint system is handy if you get stuck, and it does offer a genuine hint instead of giving you the full solution. But it’s a charming, rewarding puzzle game that, whether you tackle it in a couple of sittings or space the puzzles out, will leave you with a big smile on your face.

Railbound is available now on PC via Steam and also on Android and iOS via the Play and App stores.