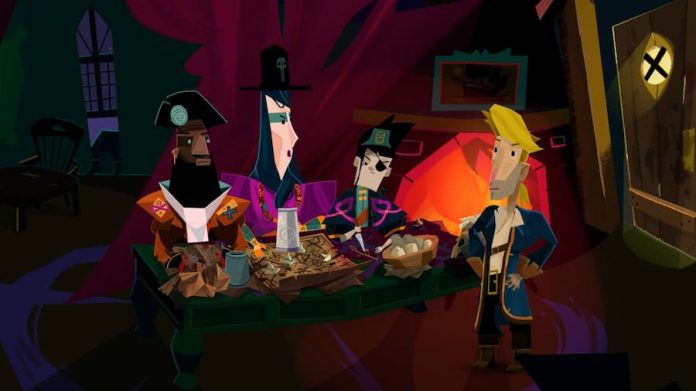 It’s been over 20 years since the last ‘true’ Monkey Island game released – but it turns out that returning to Monkey Island has been more than worth the wait.

Let’s face it: the Monkey Island series is more than likely the reason many of us love point and click adventure games (well, either that or Broken Sword). The original game, The Secret of Monkey Island released way back in 1990, helmed by Ron Gilbert and Dave Grossman. The pair have returned to breathe life into legendary pirate Guybrush Threepwood once more, and, aside from a fresh new art style, it really is like stepping back in time.

From its humour, its puzzles, and the excellent voice work of Dominic Armato, Return to Monkey Island is exactly what we expected (or hoped) a modern day return to the series would be. There’s a wonderful framing here, one to make us all feel old: Guybrush’s adventures are actually being recalled in a story told to his son. It’s a nice touch, eluding to the passing of time, but with the story technically being a flashback it’s as if no time has passed at all. And of course, when it comes to Guybrush’s adventures, nothing has changed at all. He’s still the same goofy, lovable pirate you remember him to be.

Related: The Best Point and Click Games on Nintendo Switch

There’s an awful lot of fan service shoehorned into Return to Monkey Island, but it’s hard to roll your eyes at it. It just… works. The returning cast of characters, both major and minor, such as Elaine, Wally, Murray, the Voodoo Lady and more, are all just as important to the series as Guybrush himself. There are frequent mentions to Guybrush’s previous adventures, too, with nods to just about every game passed that long-time fans will get a kick out of. Because of those, first time players may feel a little bit alienated, like they’re not being let in on a string of ‘inside’ jokes. But handily, there’s a Scrapbook that can be accessed from the main menu, recounting Guybrush’s full adventures so far, designed to get newcomers up to date. 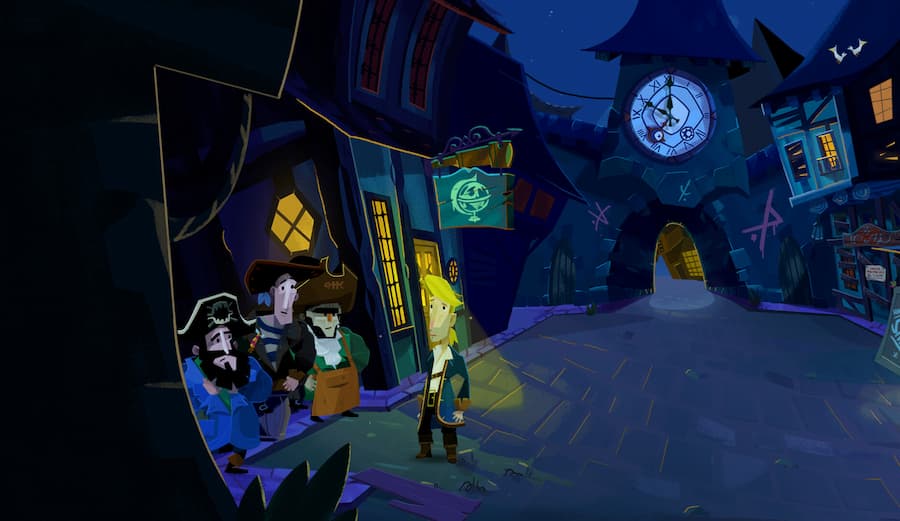 Of course, being a point-and-click adventure game, Return to Monkey Island is absolutely teeming with puzzles. In fact, there are puzzles within puzzles, and puzzles you’ll need to solve before you can solve another puzzle. You’ll frequently be juggling several at once, and while none are too obscure, it’s likely you’ll find yourself stumped more than once. Gilbert has been kind enough to include a hint system built into the game, accessible from Guybrush’s inventory. You can have as many hints as you like, with the first hint being a vague nudge in the right direction. Keep pressing, and they’ll get more and more obvious, until you’re outright told what to do.

It’s a very welcome addition, but the joy of Return to Monkey Island – indeed the joy of any Monkey Island game – is figuring out the puzzles for yourself. It’s a little easier here, due to the fact that the game simply doesn’t allow you to try to use all your inventory items with everything: if they won’t go together, you’ll be met with a ‘no’ sign. But interacting with everything possible in your environment, talking to every character you come across – it’s here where you’ll find the answers, and also where you’ll find the most fun.

The writing here is genuinely funny, with us out-loud laughing plenty of times while playing. The humour is natural; it never feels forced or contrived. And although the world of Monkey Island lies firmly in the realms of fantasy, those of us who’ve enjoyed spending time with Guybrush in the past can easily be completely immersed in his ridiculous escapades.

It’s been a long time coming, but Return to Monkey Island is an absolute treat for fans of the series. It looks wonderful, it sounds wonderful, and its combination of excellent puzzles and expert writing will keep you transfixed from start to finish. Our only real complaint is that newcomers may find this a difficult starting point – but that’s easily rectified by jumping into the originals.

This review of Return to Monkey Island is based on the Switch version of the game. It’s available on PC and Switch.

Return to Monkey Island is Already Coming to Xbox and PS5 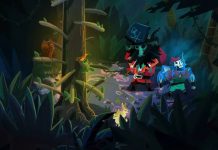 How to Get a Mop in Return to Monkey Island