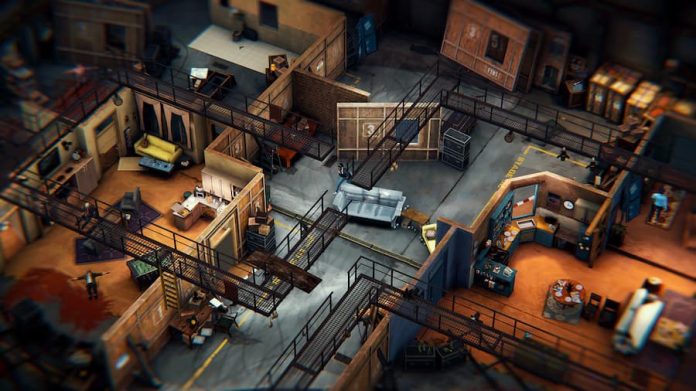 Out now, Serial Cleaners tasks you with cleaning up grizzly crime scenes while attempting to avoid the law.

Get caught mopping up blood by a police officer, and you’re implicating yourself right there. Not ideal. And so stealth is your best friend in Serial Cleaners, an utterly bizarre but somewhat enjoyable journey into a dark, crime-filled world.

The first level of Serial Cleaners sets the scene rather nicely. You’re in an apartment with two dead bodies and a bunch of evidence. You need to remove the evidence, and the bodies. Easy enough, right? Not quite: two police officers show up sharply – and they’re not going to leave. And so you’ve got to clean around them, making sure they don’t catch you in the act.

We’re not sure why the police officers aren’t at all suspicious that the big blood puddle they just walked through has suddenly disappeared. But hey, that’s Serial Cleaners for you: it’s a bizarre, sometimes humorous game that doesn’t need to be logical. Because it’s a video game after all. 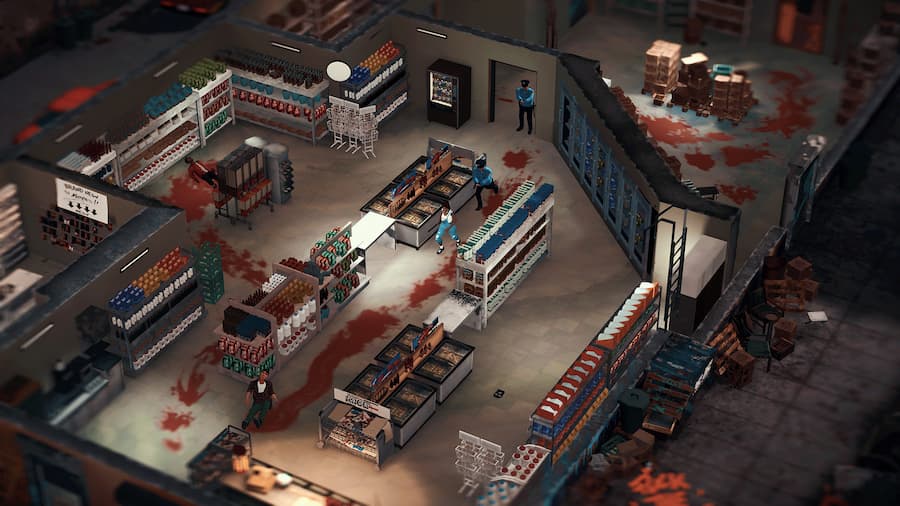 Cleaning a scene means hoovering up blood stains, dragging bodies to a dumping spot, pocketing small evidence and dumping larger pieces of evidence. The scenes you’ll find yourself in vary from apartments to industrial facilities and everything in between from back alleys to luxury yachts. But whatever your environment, your goal is largely the same: get rid of the evidence without being spotted.

Thankfully, every location has numerous hiding places for you to duck into, whether it’s in a dumpster or under a bed. Simply hiding around walls can be enough to ward off a patrolling security guard too, as long as you don’t make any noise. This isn’t a violent game – the violence has already happened; you’re just here to clean it up – so you can’t kill your pursuers to clear your path. You can briefly knock them out in a variety of ways, though, such as throwing an item at them or opening a door in their face. They don’t stay down for very long, but it may give you a few seconds to get where you need to go.

Each scene has a varying number of bodies and pieces of evidence to shift, and a different amount of blood. You’ve got to remove all bodies and pieces of evidence, but you only need to clear most of the blood. This isn’t How Clean is Your House where every last speck matters. As long as you’ve cleaned enough of it, you’re good to go. You’ve got a handy meter at the top of your screen which tells you how much you need to get rid of. Get under the marker, and you’re good to go.

While each mission in Serial Cleaners tries to keep things varied with new environments and new ways to interact with your environment thanks to multiple protagonists (maybe you can hack computers to control lights, or chop up bodies with a chainsaw), there’s only so much cleaning and sneaking you can do in one sitting. Ultimately, it can get rather repetitive, and so we’ve got more enjoyment out of the game just jumping in to tackle one mission at a time here and there. There is fun to be had here, though, particularly if you’re a fan of stealth. And enjoying cleaning up helps, too. 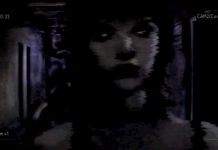 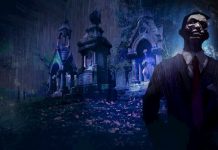 Vampire: The Masquerade – Coteries of New York is Coming to PC and Switch Later This Year