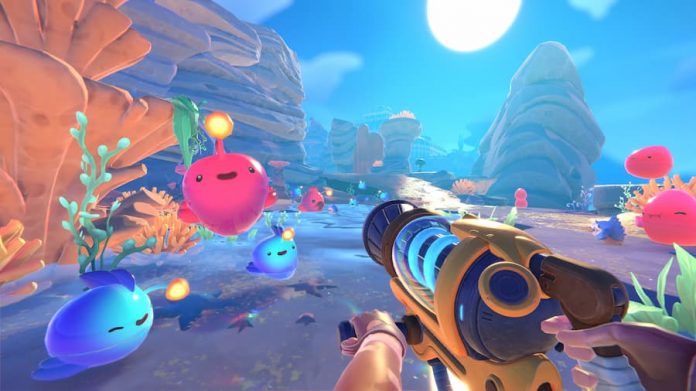 Slime Rancher 2, which launched on Xbox and PC last Thursday, has sold a gloop-tastic 300,000 copies.

Sure, that hasn’t smashed V Rising’s record, but for a game that’s only just entered Early Access it’s still hugely impressive. Developer Monomi Park is pretty happy about it, emphasising that this was accomplished without crunch. On top of that, Slime Rancher 2 is at Number 6 (insert your own Prisoner joke here) in the current Steam Top 100.

Those figures came from Monomi’s Nick Popovich, so will include Xbox sales. Though they presumably don’t factor in how much Microsoft paid to make it an Xbox Game Pass title. It’s also classed as Early Access on Xbox, part of the console’s Game Preview programme.

Slime Rancher 2 sees you harvesting adorable slimes to create your own farm and is, as the name suggests, the sequel to 2017’s Slime Rancher. Since it’s Early Access/Game Preview, there’s always the risk that the game will never be completed. But given that it’s rated Overwhelmingly Positive on Steam, even its Early Access incarnation sounds worth having. If nothing else, running around and sucking up resources, slimes and so on seems like a lot of fun.

Monomi plan on keeping the game as an Early Access/Game Preview title for the next eighteen months. It’s available right now on Xbox Series X|S and PC priced at $29.99.