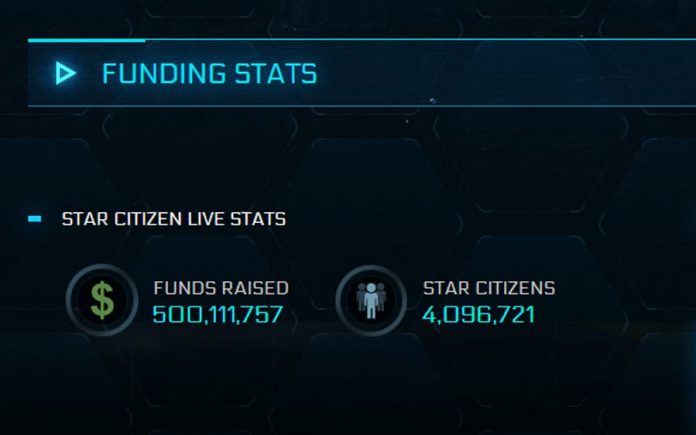 Star Citizen has raised over half a billion dollars from its backers, having been in development for around 10 years.

As confirmed by the Star Citizen website, the space exploration game has raised $500,112,434 – or roughly £440 million. That’s one hell of an achievement and normally we’d be applauding that so many people helped bring developer Chris Roberts’ dream to life.

The problem is that Star Citizen is still in alpha and there’s no end in sight. The main game is set to be a space-based MMORPG, with a separate element, Squadron 42, offering single player support. However, the latter, once set for a 2014 release, still doesn’t have a release window.

Developer Cloud Imperium Games, however, is already thinking about sequels, as revealed in this MCV interview. The alpha is playable, but hearing Roberts and co. talk about how they’re folding in new technologies, it’s hard to know where the goalposts actually are.

Throw in the fact that you can spend real-world money on in-game spaceships, for a game that’s not even in beta, and it’s surprising that Star Citizen still has anywhere near this level of support. But as long as people keep throwing money at it, development will likely keep rolling on at the same leisurely pace.