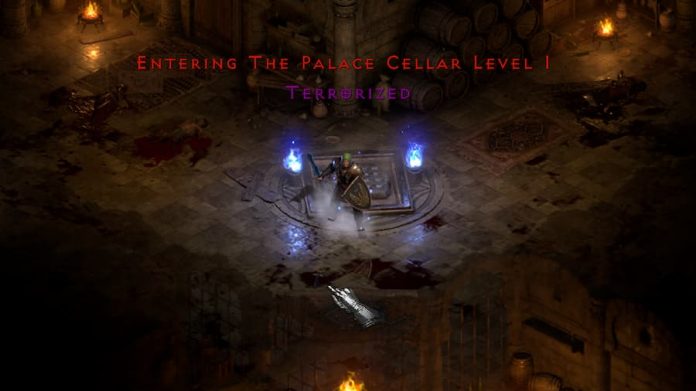 Despite Blizzard stating that it would be keeping the original Diablo 2 experience authentic with Diablo 2: Resurrected, there sure have been some changes in the last year.

But you’ll not find us complaining. From balancing tweaks to additional Rune Words being added, everything newly introduced in Diablo 2: Resurrected so far has improved the action RPG classic. The latest update to Diablo 2 is bound to be the most divisive, however, adding a new End Game activity known as Terror Zones and some controversial unique charms.

Being some 20 years old, Diablo 2 didn’t have much in the way of End Game content. Players would simply farm the bosses they’ve beaten time and time again, or clear out areas notable for their unique enemies and drops. It was, and still is entertaining enough, but Blizzard wanted to find a way to make all areas worth revisiting. And so Terror Zones have been created.

Related: Diablo Games and Expansions, Ranked From Worst to Best

In a Terror Zone-enabled game, every hour a new area within the world of Sanctuary becomes ‘Terrorized’. Visit that area, which is made easier by the closest waypoint being marked with purple text, and you’ll be met by monsters that are at least two levels higher than you, although there is a cap on each difficulty. The best thing is, killing these terrorized monsters also awards additional experience points, making them a great way of levelling up. The loot dropped by terrorized monsters will also be adjusted for their level.

While those truly at the end game of Diablo 2: Resurrected will reap the most benefits of Terror Zones – they can shave hours of reaching level 99 – they do benefit all. If you’ve just beaten Nightmare difficulty, for example, the move up to Hell can live up to its name. But now it’s easier to spend more time in Nightmare, farming for items that will give you a chance to conquer Diablo 2: Resurrected toughest difficulty while also levelling up into the early 70s.

It’s just a shame that beyond monsters being powered up, there are no other changes in Terror Zones. You’ll find the same mob density, for example, because Blizzard feels increasing it would have an adverse effect for melee builds. Also, you can’t make use of Terror Zones if you’re playing with an Offline character. Still, they are a great start when it comes to expanding on the End Game activities available in Diablo 2: Resurrected, and hopefully they can be built upon in the future.

How to Respec Your Character in Diablo 2: Resurrected