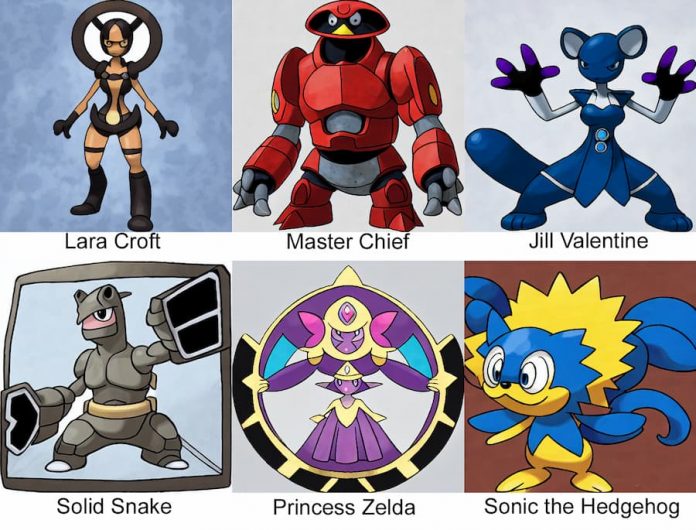 Wonder what your name or Twitter tag would look like as a Pokémon? This Pokémon name generator has you covered.

Simply type in a name and the web-based generator, , dubbed “Text-to-Pokemon”, will create a Pokémon based on that name. Typically, the Pokemon in question will bear some resemblance to the individual whose name you entered. So if you want to transform yourself into a Pokemon, this generator will do just that.

But the fun really starts when you go about entering other people’s names, fictional or otherwise. The generator, for example, features a distinctly passable Yoda. In fact, if you’re looking for a way to entertain friends, particularly if alcohol is involved, why not throw in some names and see if they can guess which Pokemon is derived from which person/celebrity.

We decided to input the names of a few popular games characters, just to see what would happen. The results were.. mixed. We could definitely see Lara Croft and Sonic the Hedgehog in their Pokémon. However, the resemblance wasn’t quite as clear with the other character. Solid Snake ended up resembling Rhino, one of Spider-Man’s villains.

Still, we had an awful lot of fun doing it – you can see our results at the top of the page – and we’d encourage you to have a go yourself. You can find the text-to-Pokemon generator online here.