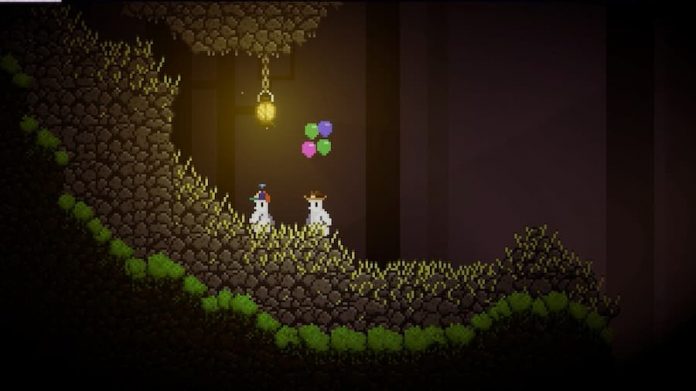 Seeing you floating around an underground cavern as you clutch onto four colourful balloons, Beyond the Long Night isn’t your average roguelike.

Coming to PC in early 2023 from Noisy Head Games and Yogscast Games, Beyond the Long Night casts you with one goal: to reach the overworld. That’s easy, right? Especially when the balloons you’re clutching allow you to freely float upwards. Aha. Think again. This isn’t as easy as it looks. But that’s a roguelike for you. And once Beyond the Long Night gets its colourful claws into you – which it will, very quickly – you won’t want to put it down.

Like most roguelikes, your first few runs through Beyond the Long Night aren’t going to last long. This is a twin-stick shooter for all intents and purposes, with your floating white blob of a man able to shoot in any direction around the screen. You’ll also have a special ability at your disposal – although what it is depends on what you’ve picked up during a run. It’s always random, you see.

Don’t expect to be eased in gently: this is tough from the get-go, and letting your guard down for even a second can see death come swiftly. Those four balloons you’re holding onto act as your lives: get hit, and one balloon will pop. See all four go, and it’s game over. Thankfully, you can heal by picking up hearts, but they’re few and far between so you can’t rely on them. 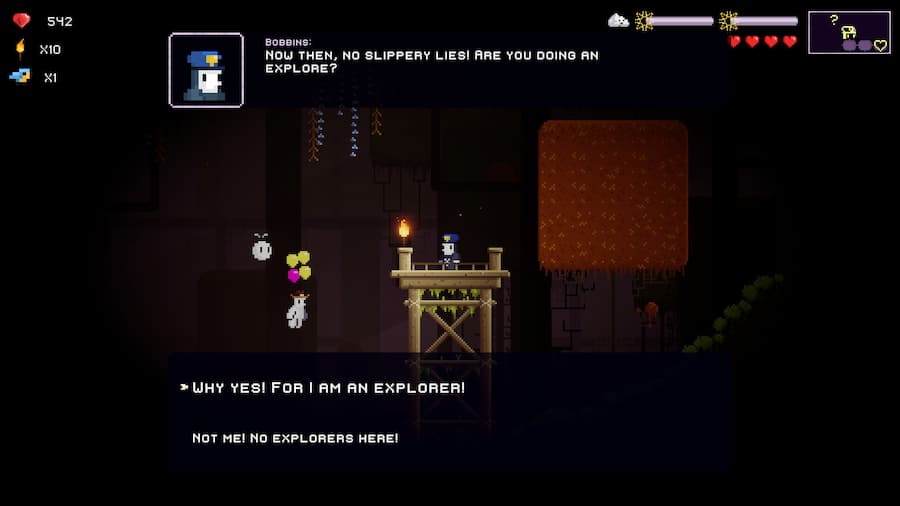 The enemies you’ll come up against in Beyond the Long Night are deceptive. That tiny little bee that you probably didn’t even notice as you float over to it? Suddenly it’s giant, and it’s shooting fiery balls in your direction. It’s not only enemies you need to watch out for, either. The environment itself is teeming with traps to catch you out. Watch out for slightly different-patterned bricks, because they may be hiding guns that’ll set off should you pass in front of them. And you’ll need to be careful not to float too close to spikes and other grizzly objects.

There are a lot of upgrades and modifiers you can pick up on a run, and it’s these that make Beyond the Long Night so much enjoyable. Various upgrades to your weapon and special ability can be stacked, making for some formidable combat loadouts. And the real fun is the fact that the game is randomised: you’re never going to get the same combination twice. It does mean that your success is largely down to luck, as these upgrades can really make or break a run. But well, that’s par for the course in a roguelike. 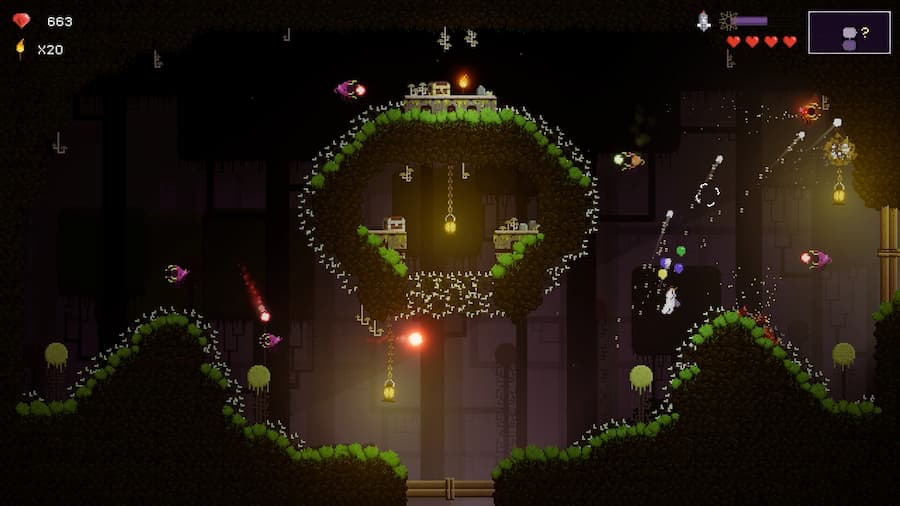 If the enemies you come face-to-face with in every room aren’t enough to contend with, you’re also being chased by a deadly storm, forcing you to continually move upwards. You can explore left and right, and it pays to do so because you may find hidden treasures, characters to speak to and other useful things, but there’s certainly an element of risk versus reward here. Do you go straight upwards, getting to the overworld as quickly as possible? Or do you explore a little, risking coming against more enemies but possibly finding better gear as you go? That’s up to you to decide.

It’s a shame we’ve got to wait until 2023 to play more of Beyond the Long Night. Our time with the preview build has been wholly positive, and we know we’re going to sink some serious time into it when it releases. If you enjoy twin-stick shooters, exploration and roguelike adventures, ensure Beyond the Long Night is on your radar.

Beyond the Long Night is coming to Switch in 2023. You can try a demo out for yourself right now.