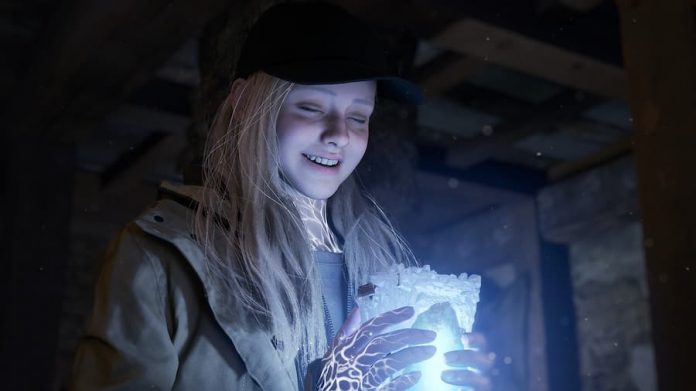 Shadows of Rose expands the story of Resident Evil Village, putting players in control of the daughter of Ethan Winters many years later.

Though while Rose has some supernatural powers up her sleeves, the gameplay of Shadows of Rose remains typical of any Resident Evil game: you creep around environments, fighting off undead creatures while solving puzzles that halt your progression. One particular part of Shadows of Rose that might test your brain matter is the statue puzzle.

This particular puzzle is found after you’ve acquired the first mask and opened the door in the courtyard that requires a key with one eye. In the following area, you’ll progress through a gallery of sorts, and end up in a room where there are four states around the edge and a sunken area in the middle. It used to the blood bath room, if you remember it.

To open up the secret exit in this room, you need to solve a puzzle involving the four statues. The poem engraved on the plaque at the far end of the room gives you a clue. It reads:

“Although I have just drowned, the arrows’ bite doth sting.
They hanged me long ago, yet I feel everything.
But still the worst, not last nor first, the sharpened blade did ring.”

With the poem as a guide, you need to push the four statues in order. Look at them: each one depicts Rose being killed in a different way. And so, here’s how to solve the statue puzzle in Resident Evil Village: Shadows of Rose:

Once you’re done, the sunken area of the room will open up, revealing a staircase.