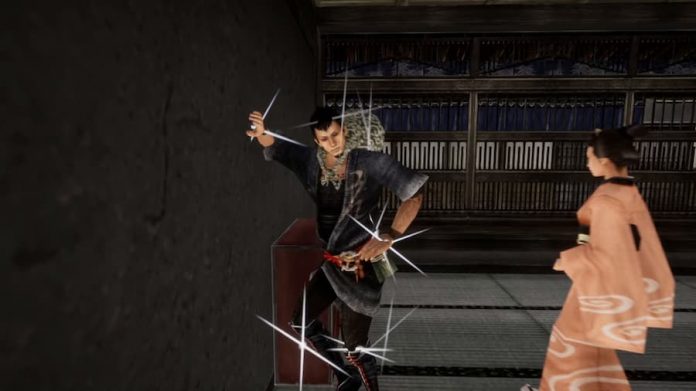 Developed by Acquire, Kamiwaza: Way of the Thief is one of the strangest stealth games you’ll ever play.

You nearly didn’t get the chance. Kamiwaza: Way of the Thief was originally released on PS2 way back in 2006, but for some reason it wasn’t made available in the west. That changes now, with the title being remastered for PS4, Switch and PC. But is it worth your money and time some 16 years later? Perhaps.

Kamiwaza: Way of the Thief casts players as Ebizo, who gave up his life of thievery after the gang he was with revealed its brutal side. Since then he’s been living a quieter life with his adoptive daughter, Suzuna, who he saved from slaughter all those years ago. But now she’s ill and medicine isn’t cheap, so a life of crime is back on the cards again.

Like Acquire’s Way of the Samurai series, Kamiwaza: Way of the Thief gives you quite a lot of freedom. Time plays out in a realistic manner, and over a number of days your actions determine which of numerous endings you receive at the end of them. And so, for example, the fate of Suzuna isn’t set in stone. Fail to make the money required to buy her medicine, and the ending isn’t likely to be a good one. 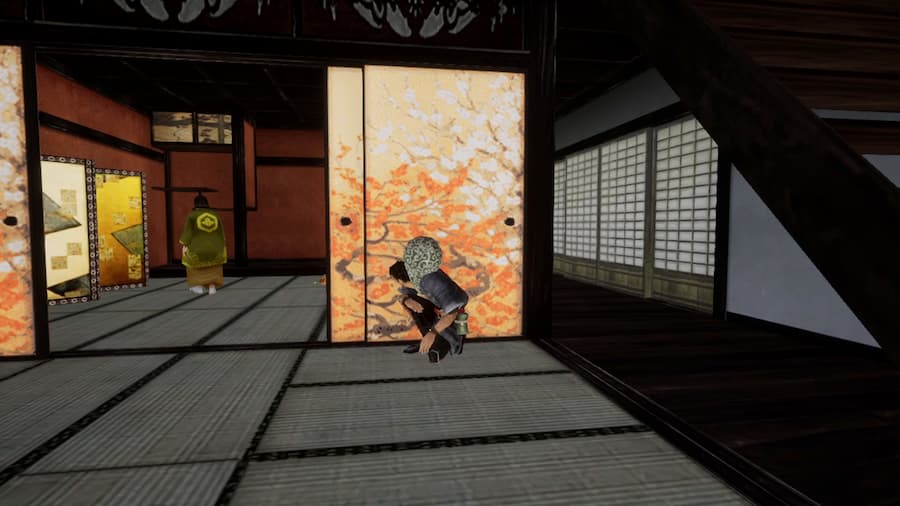 How you spend your days is up to you: there’s a story to follow, but you’re free to simply pilfer everything you can lay your hands on in the numerous locations on offer if you wish, and you can take on up to two missions per day by visiting the informant at the thieves’ bathhouse. It’s also at the bathhouse where you’ll acquire new skills, such as picking locks and hiding yourself in small spaces.

What’s really unique here is the approach to stealth. While some items can be picked up slung in your bag with one swipe, others have to be effectively beaten over a period of time before they become yours – not good when you’re trying to keep a low profile. We’d say it’s risk versus reward, but these items aren’t necessarily always more valuable. Thankfully your ability to steal improves over time, so eventually you don’t have to spend quite so long punching and kicking things to claim ownership of them.

In any case, while sneaking around and staying out of sight is an option, it pays to be more bold. Acrobatic moves performed just as you’re detected allow you to move quickly out of sight while triggering a short period where you’re able to steal things easily with just one grab. Not only that, but they’ll be worth more and you’ll earn style points. Chain multiple of these ‘Just Stealth’ actions together while also stealing things and you’ll increase your combo and score big. It’s crazy, but also rather fun. 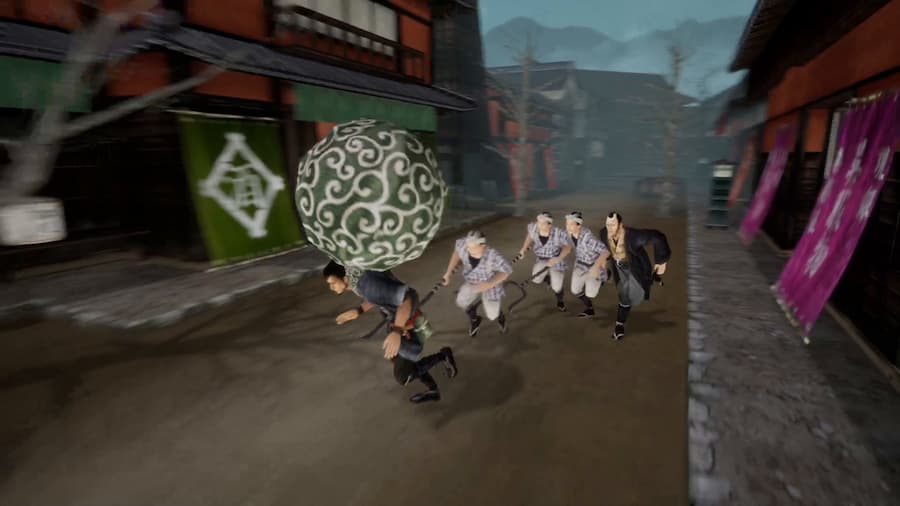 Over time, you’ll learn to be selective about what you steal: you can only fit so much loot in your bag, after all. There’s also the fact that the bigger your bag is, the more attention you’ll draw as you carry it around. There’s a notoriety system here that you need to manage by making use of disguises and tearing down wanted posters. It’s also up to you how you want to be seen by your fellow villagers: do you change all of your loot for cold, hard cash, or do you donate it to the hard working people that are downtrodden?

Being a PS2 game, your biggest barrier to enjoying Kamiwaza: Way of the Thief is likely to be that it both looks and feels dated. Some work has been done to bring the visuals more up to date beyond simply increasing the resolution, but it still very much looks like a game that’s a few generations old. It’s also very vague at times, leaving you to figure things out for yourself which can be frustrating. But worst of all, it appears to be rather buggy. Our time with the game has been cut short due to a quest that we simply cannot complete.

Still, the quirkiness of Kamiwaza: Way of the Thief is likely to win it some fans. What other game allows you to kick your bag of loot at guards and pursuers to stun them, for example? The freedom it offers is commendable too. But it’s not a game for the masses. It’s undoubtedly got one foot in the past, though if you feel that won’t be an issue for you and love stealth, this may be worth giving a go. Hopefully you won’t encounter the same main story blocking bug as us. Or it’s patched to eradicate such issues.

Kamiwaza: Way of the Thief is available on PS4, Switch and PC 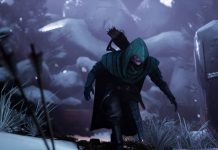 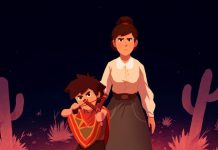