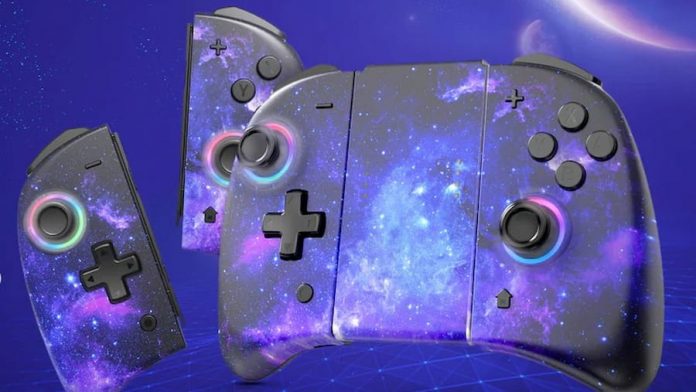 There’s a new third party Switch controller on the market and – dare we say it – it might be our favourite yet.

The Hori Split Pad Pro has been around for three years now, turning a Switch into a comfortable beast of a handheld device. We love the Split Pad Pro: it’s lightweight, you don’t have to worry about keeping it charged, and it’s incredibly comfortable to use. There are downsides to it, however, such as the fact that it can only be used when attached to your Switch. Enter the Nexigo NS53 Switch Dual Controller, which seems to have taken the design of the Split Pad Pro and thought, “yeah, we can do better than that”.

Setting itself apart from its competition, the Nexigo NS53 can be used just like an official pair of Joy-Cons. By that we mean they can be detached from the console, used in tandem, used separately, or joined together with a central bridge to make a complete wireless controller. And, just like Nintendo’s official controller, it has vibration and gyro control built in. But with an incredibly comfortable ergonomic design on top, it offers a much more pleasant handheld experience than a Switch straight out of the box. Sorry, Nintendo.

It’s true: real Joy-Cons just aren’t that comfortable to hold. They’re too small for most adult hands to get a good grip of, leaving users with cramped fingers and uncomfortable palms. But the Nexigo NS53 is nicely contoured, offering plenty of space for hands to wrap around. They’re nicely textured on the reverse, too, giving a good amount of grip. Dare we say that it’s even more comfortable to hold than Hori’s Split Pad Pro. And somehow manages to be less bulky. Win-win.

We’ve been using the Nexigo NS53 Dual Switch Controller for a couple of weeks now, and we’re not sure we’ll be able to go back to playing our Switch any other way. Using it makes extended handheld gaming sessions much more enjoyable simply due to the much-improved shape. The buttons and thumbsticks are pleasant to use too: slightly bigger than an official Joy-Con and just the right amount of ‘clicky’ when pressed. The d-pad isn’t the best, but it’s perfectly serviceable.

For those who like to get even more out of a controller, the Nexigo NS53 comes with two buttons on the reverse, which can be programmed to any face button. There’s also a three-speed ‘turbo’ feature, if that’s your sort of thing. (Use with caution in online games, of course!) 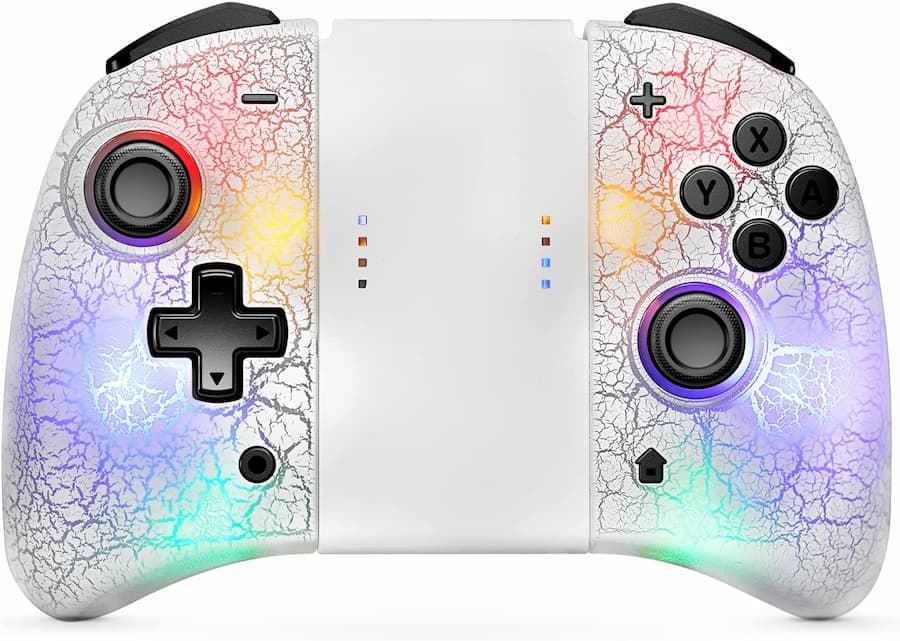 We’ve had our hands on two designs of Nexigo’s Switch Dual Controller: ‘Cosmic Nebula’ and ‘Cracked’. There are multiple available, from solid colours to a vibrant cartoon astronaut design. The two we’ve used both feature RGB lighting: the Cosmic Nebula has light-up rings around the thumbsticks, while ‘Cracked ‘, with a lightning bolt design, lights up all over. It’s quite the sight to behold.

Fancy to look at, incredibly pleasant to hold, and with additional features to boot, the Nexigo NS53 Switch Dual Controller might just be the best Switch controller we’ve wrapped our hands around. It’s far and away more comfortable than an official Joy-Con, and it even blows the Hori Split Pad Pro out of the water in terms of functionality. And with an RRP of $50, it’s a good bit cheaper than Nintendo’s official controllers, too. If you want to level up your handheld Switch playing, you really won’t be disappointed.

With thanks to Nexigo for supplying products for the purpose of this review.