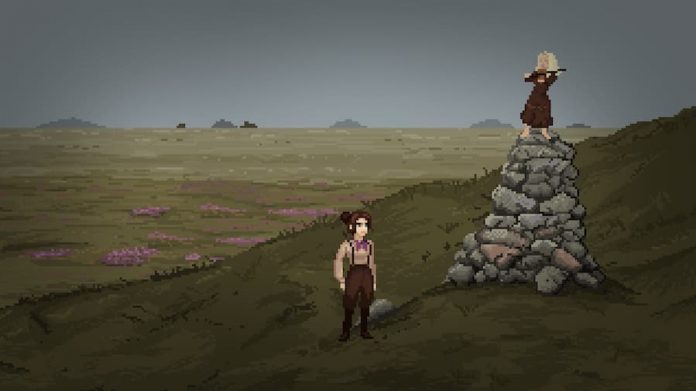 The Excavation of Hob’s Barrow invites you to dig up an ancient burial mound and give whatever you find a good poke.

That sounds like a terrible idea, especially since the locals speak of it in whispers. Oh, and the person who invited you to investigate has disappeared. Granted, The Excavation of Hob’s Barrow takes place in Victorian England, so no-one’s seen The Wicker Man or Midsommar. But there are some huge red flags right there.

However, one of the joys of this eerie point-and-click adventure is that it’s a study in obsession. Protagonist and archaeologist Thomasina Bateman is so absolutely driven that her actions, as ill-advised as they are, make perfect sense. Thanks to some spot-on dialogue and top quality writing, you’re 99% on board with her quest to uncover Hob’s Barrow.

That remaining 1% is screaming to just get back on the train and leave the otherwise isolated town of Bewley. But you’d miss out on a thoroughly engrossing, and unsettling, outing if you did. 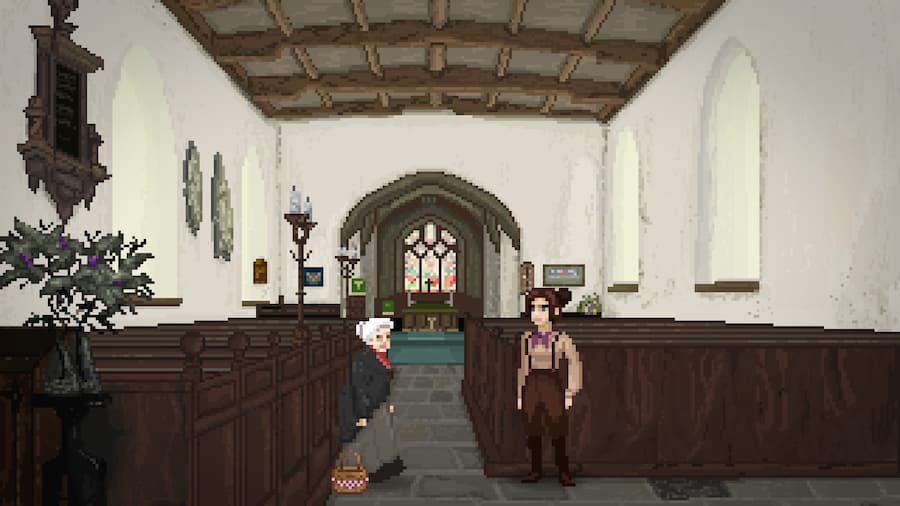 In terms of puzzles, The Excavation of Hob’s Barrow isn’t too taxing. Only a couple had us really scratching our heads. And it’s relatively forgiving in that you can tackle, or at least start, some puzzles concurrently. However, it does suffer from the perennial point-and-click problem that some solutions rely on as-yet-untriggered events.

But the truth is, you shouldn’t be purchasing The Excavation of Hob’s Barrow for the puzzles. What really drives Hob’s Barrow is the unsettling sensation that you’re a stranger in a strange land, which intermittently escalates to full-on dread.  And yet, Hob’s Barrow accomplishes this without resorting to Lovecraftian fish-people staring at you in the pub.

Sometimes it’s the barman denying knowledge of Hob’s Barrow. Another time it’s a boy stealing his sister’s doll as an offering to the “fair folk”. Bewley feels like a town you might drive through, commenting on how charming it looks, but suspecting there are secrets behind every door.

It’s not essential, but you’ll get a little more out of the game if you follow English folklore. The game doesn’t sport any immediately obvious antagonists, which is a welcome feature. All the characters are well-written and even the wilfully grumpy ones will grow on you. But there are at least a couple whose names will, if you have a knowledge of paganism, give you pause for thought.

It’s not the only horror game set in the UK, but its Englishness and its historical setting is a constant boon. And while the ending is a sliver too familiar to be perfect, the journey to that point is so wonderfully chilling that, unlike its protagonist, you won’t regret digging into The Excavation of Hob’s Barrow.

This review of The Excavation of Hob’s Barrow was facilitated by a code provided by the game’s publisher. It’s available on PC. 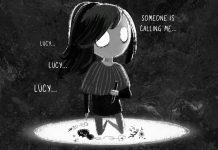 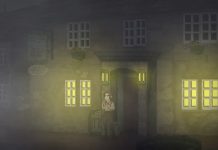 How to Find Flirtwort in The Excavation of Hob’s Barrow

How to Find Elderflower in The Excavation of Hob’s Barrow 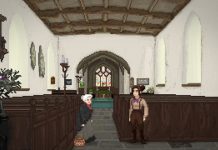