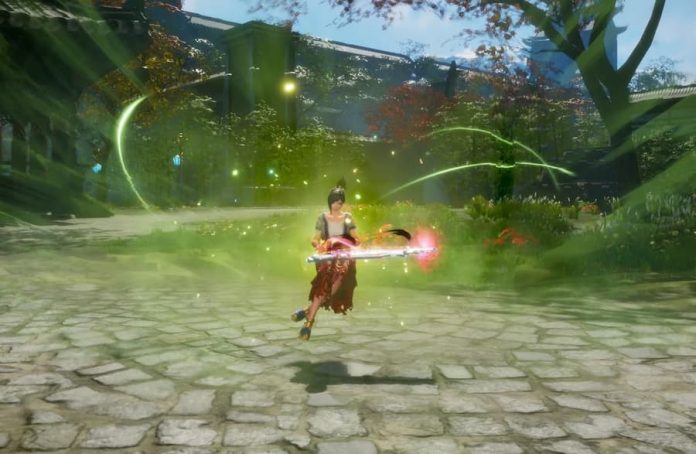 The next Blade & Soul update will add a new Musician class to the MMORPG, as well as a handful of new dungeons.

The Musician’s skills don’t, unfortunately, include smacking someone in the head with a lute. Nor can you disable your foes by playing the brown note on a set of cursed panpipes. Instead, players will be able to play their instrument to defend or support others, a role you can change on the fly. At least you can from October 12th, when this Blade & Soul update arrives.

What’s really interesting, however, is that you can play your instrument out of combat. There are 24 distinct notes, which should be enough for a song or six million. We give it a day before YouTube has sixteen different in-game renditions of Darude’s Sandstorm.

New class aside, the update will add horse mounts and the Demonsbane dungeon called “Grim Nexus”. The latter is intended for high-level players, offering a real challenge despite their buffed-up characters. On top of this, there’ll be several quality of life improvements, as follows:

The update, dubbed Symphony of Destruction, arrives this October 12th. And if you’ve yet to tackle Blade & Soul, this fantasy MMORPG is free-to-play on iOS, Android and PC.