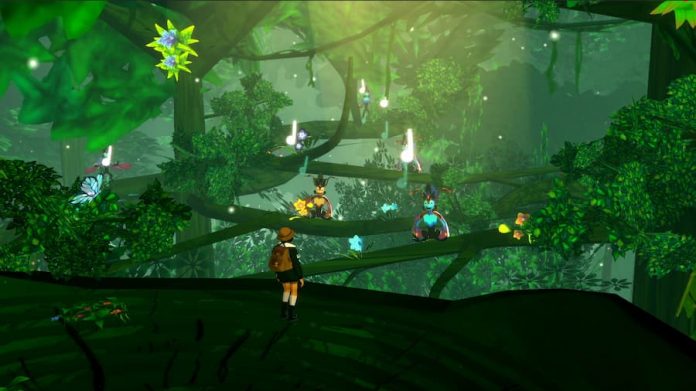 A calm and serene adventure through a mystical island, Beasts of Maravilla Island feels like a cross between Pokémon Snap and Alba: A Wildlife Adventure.

In Beasts of Maravilla Island, you take on the role of Marina, a young woman who wants to follow in the footsteps of her grandfather. You see, he once ventured to the mysterious and beautiful island of Maravilla, where he documented wildlife like nothing else seen before. There are bird-monkey hybrids, birds with plumes that look like banana peels, lions that can fly and all manner of unbelievable plants and creatures.

Don’t let the word ‘Beasts’ in the title mislead you in any way: this isn’t a game about combat or surviving against wild, dangerous monsters. The only shooting you’ll be doing in Beasts of Maravilla Island is with your camera. These animals aren’t going to hurt you: you’re there to simply observe their behaviour and revel in the world around you.

If you played Alba: A Wildlife Adventure, then we’re pretty sure you’ll enjoy this: the two games have a lot in common, challenging you to hunt down creatures and complete a check-list of photographs. Across a handful of distinct areas, you’ll have a tick sheet of creatures to capture, and it’s your job to photograph as many as possible. Hunting them down is fun and, like Pokémon Snap, you’ll know when you’ve captured something new in your lens thanks to the handy tool tips that pop up as you’re looking through it. 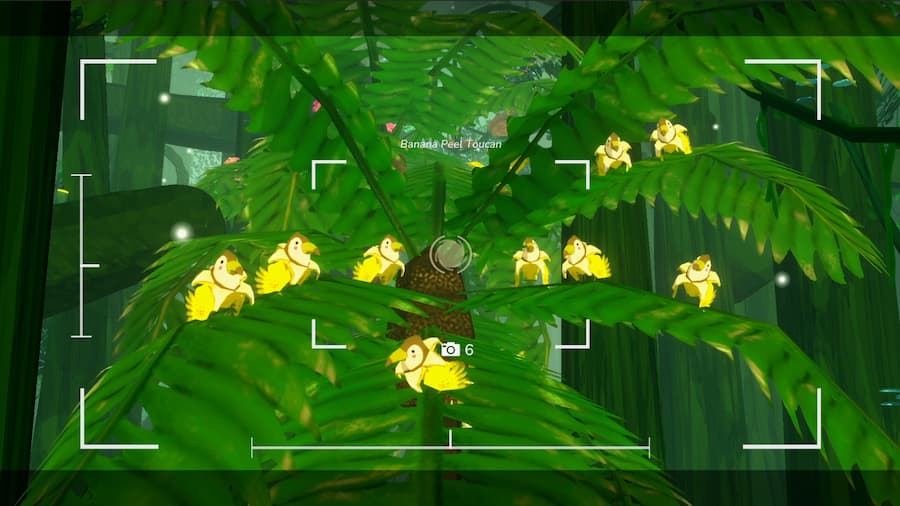 There are some omissions, though, that particularly fans of Pokémon Snap might miss. The quality of your photos doesn’t matter, for example. As long as there’s a creature or plant in your image, Marina will stick it in her album, no questions asked. You can take more pictures if you’d like, and manually select the one that you like the best, but the game doesn’t care about quality, framing or the rule of thirds.

Along with simply cataloguing the flora and fauna of Maravilla Island, you’ll also be tasked with capturing certain behaviours of particular animals. Those bird-monkey hybrid creatures we mentioned? They’re actually Rainbow-Crested Quetzal Monkeys, and have some unique behaviour patterns. It’s your job to capture them twisting their tails together, gliding through the air, dancing, and performing their mating ritual.

To capture each of those behaviours, Beasts of Maravilla Island tasks you with some simple puzzling. You might need to mimic their whistle to lure them over to you, for example. Your grandfather’s journey has some useful titbits too: light brings out the colour of the Quetzal Monkey’s plume, and so shining a light on them during their mating dance might make them more successful. Cue a basic light refraction puzzle that sees you luring a reflective snail to the correct spot. 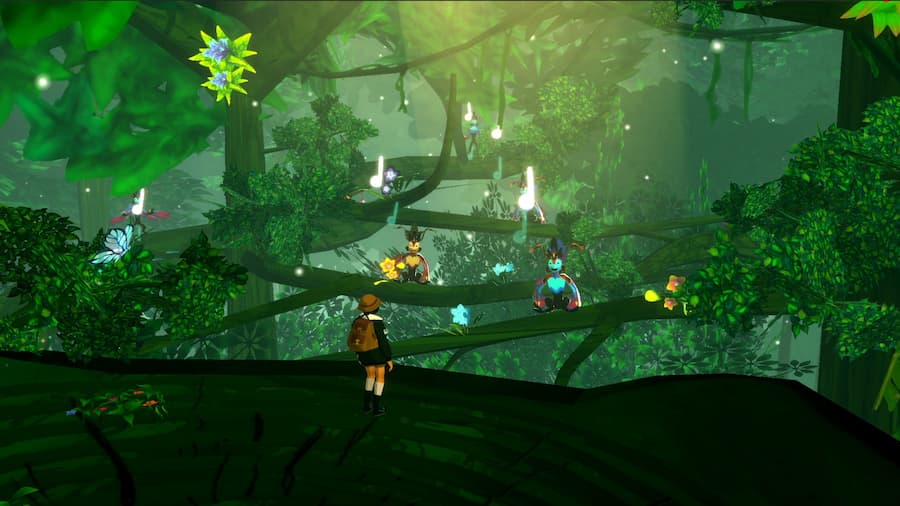 You’ll also need to solve some basic environmental puzzles to get around Maravilla Island. Interacting with certain plants can make them change, like giant lilies that open up to create a handy bridge for you to cross, or beanstalks that shoot from the ground, allowing you to climb to a new level. Nothing is particularly taxing, so you won’t be scratching your head for very long. This isn’t that type of game.

Developer Banana Bird Studios has opted for a cartoonish art style rather than anything realistic, and so while it hardly pushes the PS5’s hardware to its limits, it does look stunning at times. So much so, in fact, that we found ourselves pulling our in-game camera out just for the heck of it, even when there was no animal to check off our list in sight.

You’ll likely be done with Beasts of Maravilla Island in a couple of hours: it’s short and sweet. And while it might not be as good as the games we’ve compared it to, it’s still a pleasant and relaxing experience that we’ve enjoyed our time with. Some additional features – like photography grading – could have taken it to the next level, but as a budget release, we can’t complain too much.

This review of Beats of Maravilla Island is based on the PS5 version of the game, via a code provided by the publisher. It’s available on PS4, PS5, Xbox One, Switch and PC.