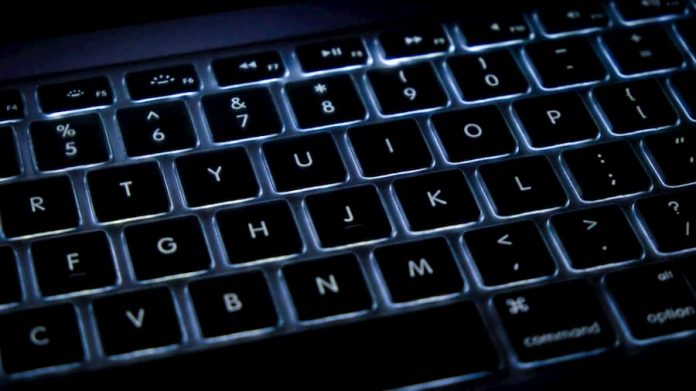 Yes – really! Call us weird, but some of us get a kick out of bashing our fingers against the buttons on our keyboards and making words appear on a screen. It’s a joy; a skill; a technological wonder. And so the few typing games out there that let us test out our typing prowess are rare but welcome gems.

There are tonnes of browser-based typing games out there that will test your words per minute (WPM) score and provide you with a little challenge. But there are considerably fewer actual typing games; you know, with a goal to work towards, challenges and so on. But there are a few. We’ve picked out five of the best typing games on Steam – each of which we whole-heartedly recommend if, like us, you get a kick out of tapping your keyboard.

Read on to see our picks of the best typing games on Steam.

This article was originally published in July 2020 and has been periodically updated with new titles since. 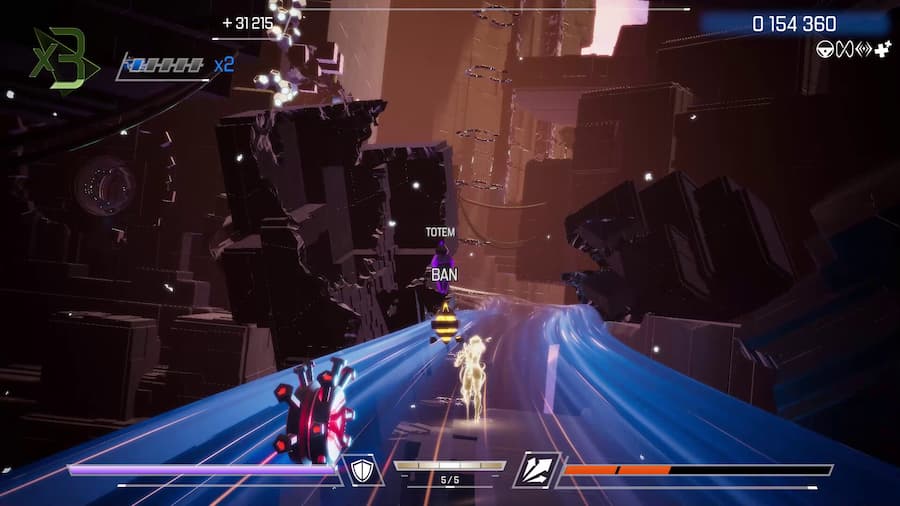 The newest game on this list of best typing games on Steam may also be one of the best. Outshine from Fishing Cactus is a sci-fi endless runner of sorts. Your character is presented with obstacles to avoid and enemies to shoot – but rather than pressing a button to fire a weapon, you’ll need to type in words. They’ll start off easy, but as you progress, words will get more and more complicated.

When it comes to the boss at the end of the level, you’ll need to have your best, fastest typing fingers on to stand a chance. Even if you fail, though, Outshine is so much fun that it’ll keep you running back for more. And with global leaderboards to chase, you’ll constantly push yourself to get that little bit better each time.

2. The Typing of the Dead: Overkill 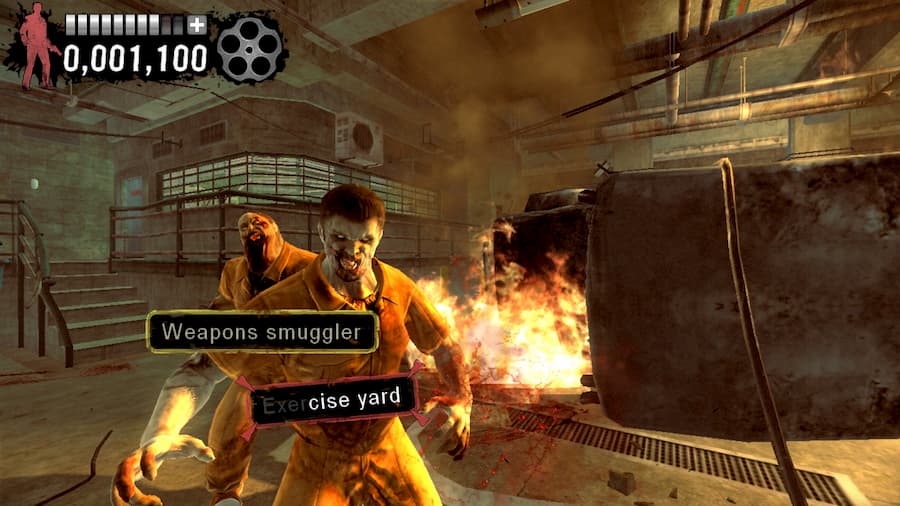 Remember the arcade classic The House of the Dead? Well, this is that. But instead of aiming and shooting at enemies’ heads, you’ve got to type phrases attached to them in order to dispel them. It’s harder than it sounds.

Typing of the Dead starts out by asking you to type short (often humorous) words, but as you progress, zombies will be tied to longer words and phrases. If your WPM isn’t up to scratch, you’ll find yourself as zombie meat in no time. It’s a little long in the tooth now – it was released on Steam back in 2013 – so the graphics aren’t exactly up to today’s standards. But don’t let that put you off; it’s still one of the best typing games out there.

Check latest prices of The Typing of the Dead: Overkill

3. The Textorcist: The Story of Ray Bibbia 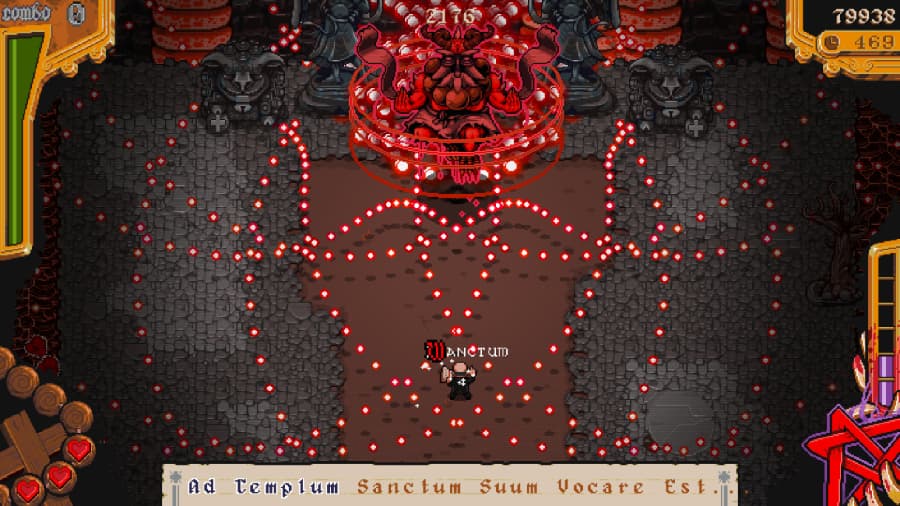 If you thought you were a good typist, think again. The Textorcist is one of the most challenging typing games, even for the most seasoned keyboard user. But it’s all the more fun for it.

In it, you play as Ray Bibbia, an exorcist working to rid the world of its evil demons. But rather than sprinkling some holy water around and chanting some nonsense, in order to exercise his, uh, exorcise skills, you need to type. With encounters playing out like bullet hell boss battles, however, you also need to dodge incoming attacks. It’s a test of your dexterity and ability to multitask, but it’s a hell of a lot of fun. You try tying out Latin incantations while skilfully dodging an onslaught of death-orbs. It’s not easy.

Read more about The Textorcist

Check latest prices of The Textorcist 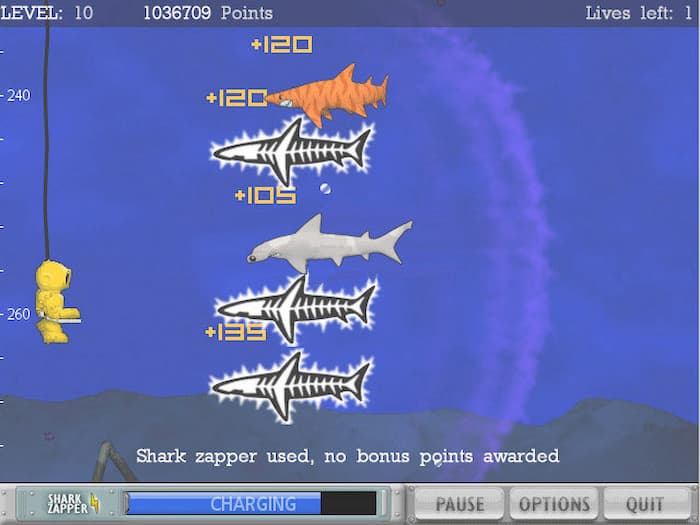 Typer Shark Deluxe offers up a simple typing game in its most basic form, but that’s no bad thing. In it, you take on the role of a scuba diver deep in the unknown depths of the ocean. While he may be on a mission, to the sharks and piranhas approaching him, he’s simply a tasty meal. There’s only one thing you can do: type your way to safety. What else?

As predators approach your avatar, you’ll need to type the words that appear on their sides. Type the words fast enough, and you’ll be spared. But mistype or don’t manage to get all the letters in quick enough, and your poor diver is nought but fish food. Released back in 2006, it’s pretty old now, but Typer Shark Deluxe is still one of our favourite typing games out there thanks to its enjoyable simplicity. 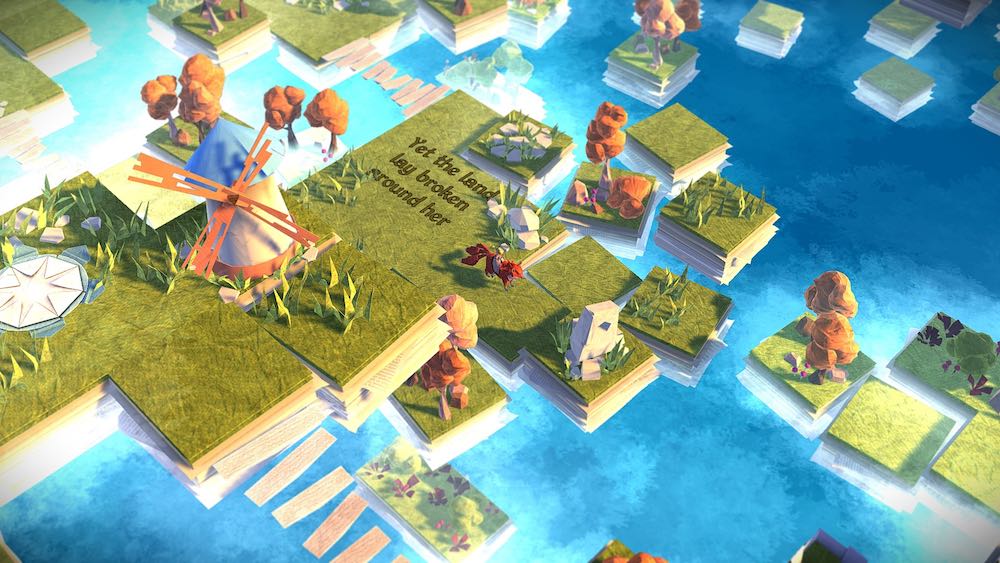 A traditional RPG in its design, there’s one key difference with Epistory – Typing Chronicles: it’s controlled entirely with your keyboard. Your actions are controlled by typing in words. It doesn’t have to be a typing challenge though; an adaptive difficulty allows slower typists to enjoy the game, too, which is a nice touch.

In it, you play as a young girl exploring a magical land. What begins as a blank page soon grows in detail and scope as you explore and unlock more of what makes this game so beautiful. Epistory – Typing Chronicles isn’t your typical typing game, but it is one of the most unique out there, and that’s why we love it so. 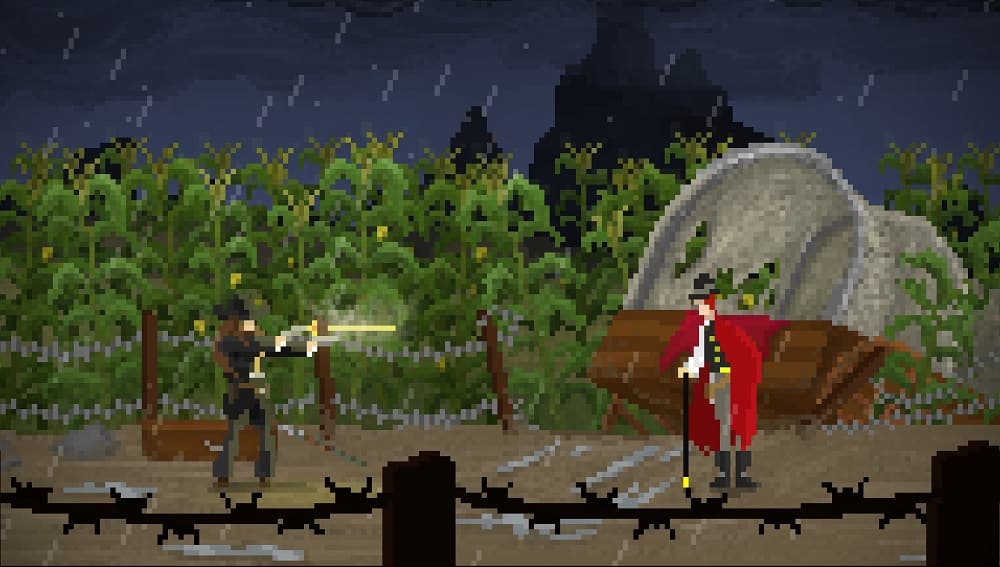 While Western Press has been designed with controller play in mind, on PC it can be tweaked to become a typing game. It’s a quick-fire competitive game set up like a Wild West duel; except rather than drawing your pistol faster than your opponent, you’ve got to press a series of buttons.

While on console, those buttons are the inputs on your controller, on PC the game can be changed to instead require you to type in words. You can customise the game to your liking: simply challenge each other to input letters quickly, type out random gibberish or input 10-letter words. It’s a lot of fun, and it’s more challenging than you’d think when you’re against the clock. 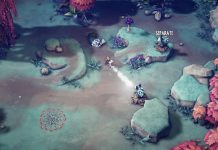 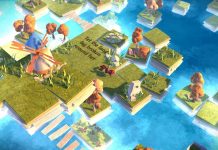