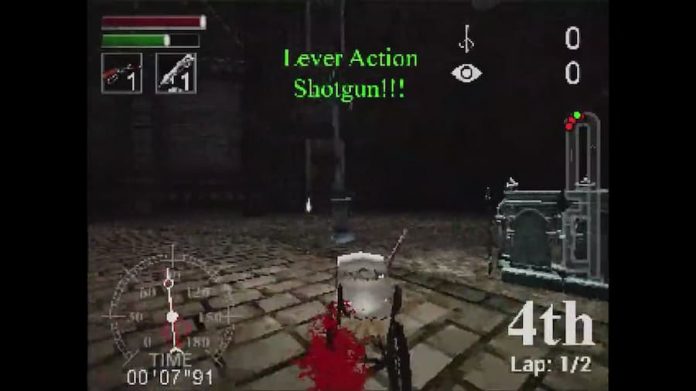 Bloodborne Kart, an in-development Bloodborne fangame, has added its best racer yet.

Granted, it’s still very much a work in progress, but the prospect of playing a slimy baby with a shotgun has us grinning like idiots. The character in question, Baby Mergo, isn’t a human baby, rather a baby “Old One”, a nightmarish Lovecraftian entity. But they race around the course in a pram which is a joy to behold in itself.

If you’re scratching your head, wondering what the hell Bloodborne Kart is, don’t worry. You’ve not missed out on some From Software livestream and we wouldn’t count on seeing a Bloodborne 2 any time soon. Instead, it’s the wonderfully ridiculous work of game developer Lilith Walther, previously responsible for Bloodborne demake Bloodborne PSX.

As the title suggests, Bloodborne Kart will see you and several other Bloodborne character racing around the streets of Yarnham. But, instead of flinging banana skins, you’ll be able to pick up ranged weapons, blasting away at other racers. Take that, Nintendo.

Opponent-ventilating aside, the courses we’ve seen so far more than a little chaotic, complete with jumps and more. And it’s all sports the same PlayStation 1-style graphics as Walther’s previous Bloodborne offering.  There’s no release date as yet, but we’re more than happy to wait.

That’s not just because we’re patient, however. Yes, we want to get our hands on it but, like Dan Douglas’s Duke Smoochem 3D, it’s fun just watching Walther adding content to the game. You can keep up with Bloodborne Kart by following her on Twitter or support her through Patreon here. 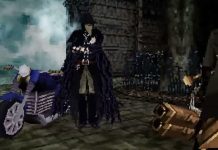 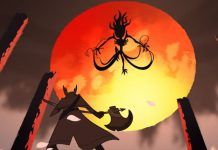