Crisis Core – Final Fantasy VII – Reunion is a couple of weeks away from release and so, Square Enix has released a story-heavy launch trailer.

It’s filled with dramatic moments as well as actual gameplay, and if you’ve not played the original PSP Crisis Core – Final Fantasy VII, the trailer for this remake, dubbed “Reunion”, could sway you.

We say “could”, because after its opening line we can’t quite take it seriously. Protagonist Zack Fair declares “Those wings. I want them too,” which is meant to have some deep narrative significance. But it just sounds like he’s eyeing our takeaway bucket, grumbling that he didn’t think to order any.

Chicken envy aside, the trailer as a whole is pretty dramatic. As a remaster of 2007’s Crisis Core: Final Fantasy VII, it’s a prequel to the original Final Fantasy VII, rather than the recent Final Fantasy VII Remake. But it looks pretty good and, given that Zack works for an evil Megacorporation, you can expect plenty of soul-searching.

Do you need to have played the original or even the remake to understand its plot? Not exactly, though you’ll probably get more out of it if you have. Evil Shinra is being evil and.. well, you’ll have to play the game to find out.

This new remaster, which has way too many dashes in its name, releases this December 13th. It’ll be arriving on PlayStation 4, PlayStation 5, Xbox One, Xbox Series X|S and PC. 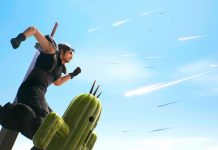 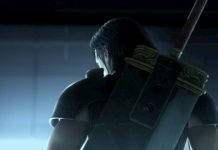 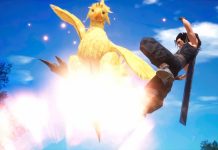