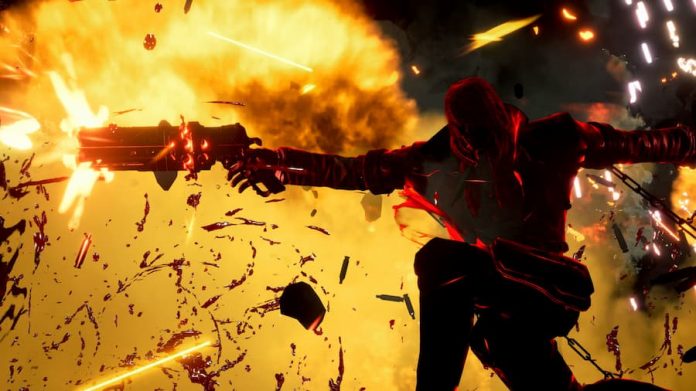 The main character in Gungrave G.O.R.E is called Brandon Heat.

If you’re a fan of the series you’ll already know that. But if not, and you judge video games by the names of their characters, we’re sure you’ll agree it’s a pretty big draw. It’s not even the most outlandish name in the Gungrave series, either. And if you do decide to jump in, there’s a handy video accessible from Gungrave G.O.R.E‘s main menu that fills you in on all the backstory leading up to this fourth video game entry. Though you probably shouldn’t.

Resurrected 15 years ago after being murdered by his best friend, Brandon Heat isn’t quite the man he used to be. Now going by the moniker ‘Beyond the Grave’, or simply ‘Grave’, he works as part of a team, and Gungrave G.O.R.E pits him against a criminal organisation called Raven Claw which is believed to be distributing a soul-destroying drug called SEED. It’s an endeavour that will have him travelling far and wide. But wherever he goes there’s one thing that’s certain: people are going to die.

Essentially the Grim Reaper, Grave is efficient in dealing in death. Press the right trigger and he’ll shoot his powerful Cereberus pistols, putting holes in anything in his way. You don’t even need to accurately aim – as long as you’re facing a foe, Grave will do the rest of the work. And so for much of Gungrave G.O.R.E, you’ll just be tapping the right trigger, killing pretty much anything and everything that’s stupid enough to stand in your way. If that sounds boring and repetitive, well yes, it is.

A third-person shooter about a badass protagonist who’s technically dead should be pretty cool, right? Especially when you consider that protagonist also carries a coffin that can transform into useful weapons, or simply be swung around violently. And Gungrave G.O.R.E is, to an extent. But somehow, it also manages to be extraordinarily dull. Perhaps the assumption was it would get by simply on non-stop action, but it’s just tiring. Your trigger finger will certainly get some use.

Your pistols are the only guns you’ll be making use of during your time stepping into Grave’s shoes, with every time you fire requiring a press of the right trigger. Don’t even think about holding the button down to rapid fire: that action is tied to a charge attack that’s useful for eradicating enemy shields. And because both actions are necessary, it means you won’t be able to enable auto-fire on a third party controller, either. You’re in for serious finger strain. Thankfully you do have some other tricks up your sleeve that will provide brief respite.

Reach a combo chain of 50 hits, for example, and you can mash another button instead to shoot all around you – useful when being attacked from all angles. If you’re happy with planting your feet in place, you can also tap the trigger numerous times then hold it to activate a barrage, allowing you to aim and shoot continuously until all enemies are defeated or you get hit by an attack with some impact.

There’s more to Grave’s arsenal, too. He has a grappling hook device that can be used to bring enemies to him, or quickly close the distance to them. A range of special abilities can be learned and equipped, though their use is limited by a gauge that admittedly fills pretty quickly. And even a powered-up Fury mode can be entered, making your attacks even more punishing for a period of time.

But none of this, or the fact that you get to play as some additional characters for a brief period, is enough to redeem Gungrave G.O.R.E‘s gameplay: it’s simply too repetitive at its core. The level design doesn’t help either. The scenery may be varied as you jump from one set of levels to another, but each map is suffocatingly linear. You move between tight corridors and rooms, shooting anything that moves or hitting it with your coffin if it proves to be more effective. There are no puzzles to be solved or items to be found, and very few platforms to be jumped on. It’s extremely monotonous.

On the bright side, at least it plays well on PS5. Two graphical modes are on offer: one that offers a 4K presentation at 60fps without ray-tracing, and one with ray-tracing but a lower 30fps target. The former is the one to go for, of course, being smooth and responsive even when hell is absolutely unfolding. Loading times are quick as well, and there’s decent DualSense support, with selected aspects of the game’s audio coming through the controller’s speaker.

If you’re a fan of the series and you can hack constantly pulling the right trigger as you slowly push forward through linear environments, there’s some fun to be found in Gungrave G.O.R.E, for sure. But for most, it’ll prove to be too repetitive. There’s simply not enough variety to be found in this action-packed third-person shooter. Eventually it begins to feel like a test of your endurance rather than your gaming skills.

This review of Gungrave G.O.R.E is based on the PS5 version, with a code provided by the game’s publisher. It’s available on PS4, PS5, Xbox One, Xbox Series X/S and PC.

Check the price of Gungrave G.O.R.E 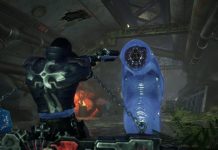 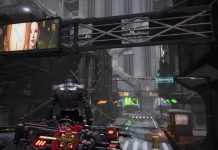 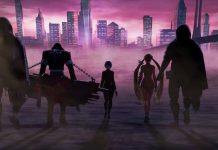 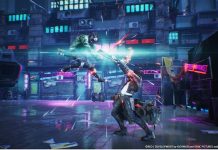