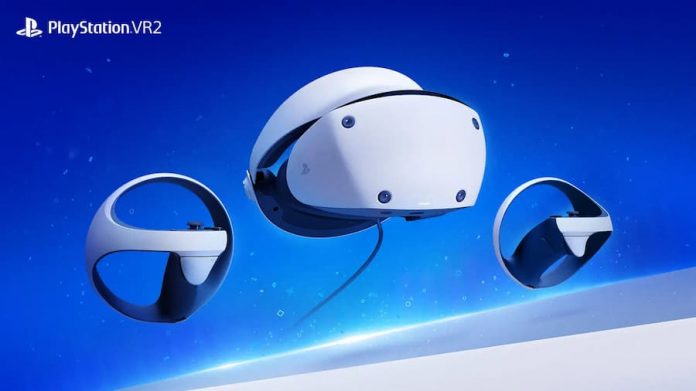 This week, Sony revealed the price and release date of PSVR 2.

It’s coming out on 22nd February, making it less than four months away. And with it being so close, it naturally has us curious about what sorts of games we’ll be able to play on it. Of course, Sony has already announced that existing PSVR games won’t be playable on the new headset; a bit of a blow for those of us with bulging VR libraries. But all is not lost, as the PlayStation Blog has just revealed 11 upcoming titles.

You can read more about those 11 games here. They’re not the only games we know about, of course. Various other announcements have been trickling through since PSVR 2 was first announced. And we’ve rounded them all up right here. We don’t have release dates for them all, but here’s every PSVR 2 game that’s been announced so far.

After the Fall is from Vertigo Games, the team behind the successful VR shooter Arizona Sunshine. We don’t even need to hear anything else about it, then, to know that it’s one worth keeping our eyes on. But it’s a co-op shooter where players can team up with up to three other players. Together, you’ll hit a post-apocalyptic Los Angeles and try to survive a harsh world.

What’s particularly cool about adventure game Chernobyl Again is that its developers, Vimagineo, 3D scanned the surroundings of the real nuclear power plant to recreate an Exclusion Zone as close as possible to the real thing. That’s enough to pique our interest. Add to that a dark story that’s supposedly filled with unexpected twists and plenty of puzzles to solve, and we’re excited to see more.

The popular city-building game Cities: Skylines has been available on VR for a while, and an Enhanced edition with more features and content is making its way to PSVR2. If you’re a fan of classic city builders like Sim City, then this is one for you.

Cosmonious High has some good VR development calibre behind it: it’s from Owlchemy Labs, the company behind Job Simulator. And so, you know you can expect a whimsical good time. Cosmonious High is a single player adventure where players control alien Prismi. As Prismi crash-lands into a school, players will need to use their abilities to restore it to its former glory.

This is a VR entry into the Crossfire franchise, coming from developer Smilegate. Crossfire: Sierra Squad is a first-person shooter focused on battles, with players in the midst of a fight against a top-secret biochemical weapon. You’ll need to be quick on your feet as you face endless enemies, all out for your blood.

In development from Supermassive Games, Dark Pictures: Switchback is a spin-off from the popular Dark Pictures Anthology horror series. An on-rails experience, it sounds similar to the studio’s original PSVR launch title, Until Dawn: Rush of Blood. Except this time, it’ll feature themes from each of the four Dark Pictures titles.

If you’re a fan of table top RPGs, then Demeo is the game for you. Coming to PSVR2 in 2023, this is a multiplayer strategy game filled with miniatures and monsters. It’s been available on PC since 2021, and has a “very positive” rating on Steam.

Remember Firewall Zero House? Firewall Ultra is an expansion on that original VR universe, bringing a next-generation multiplayer FPS to PSVR2. If you played the first game, you’ll feel right at home here, with many of its original ideas and concepts expanded upon, but of course making use of the new hardware’s more impressive tech and capabilities.

By now, we’re all familiar with the Hello Neighbor universe. It promises to be the “most immersive Hello Neighbor experience yet” – which is to be expected, really, from a VR game. Once again, players will be stepping foot into Mr. Peterson’s creepy house, taking on one of six kids from the neighbourhood as they attempt to free their friend trapped in the basement. Eerie…

Horizon: Call of the Mountain

Set in the Horizon universe, Horizon: Call of the Mountain leaves Aloy’s story alone: instead, you’ll play as new protagonist Ryas. But this is the same world, and so you already know what to expect. Breathtaking scenery, robotic beasts, and plenty more aside. We’ve no doubt this will be a showstopper.

Coming first to PC VR and later to PSVR2, Hubris promises to be an immerse action-adventure that will have players exploring a new and mysterious universe. You’ll take on the role of a recruit of the Order of Objectivity – and as a recruit, you’re sent to the Twin planet on a search mission. Get ready to shoot, swim, climb and jump through a hostile but fascinating world.

It’s been available on Meta Quest for some time, and recently had a port to Switch. But PSVR 2 players will get to experience Jurassic World Aftermath at its very best, with better resolutions, enhanced effects and faster loading times. And just who doesn’t want to explore Isla Nublar?

From Funktronic Labs, a studio devoted to creating VR/AR experiences, Light Brigade is a single player roguelike experience. Expect an atmospheric world to explore, gunplay, and a mysterious narrative that takes players into the ‘Sunken World’ time and time again.

In development by Played With Fire, Mixture is an action-adventure game that puts players in control of two characters: Sola the Moth Knight, and The Alchemist. Both characters have their own skills and goals, and characters will need to use both of them in order to progress through the game. The Moth Knight is brave, revelling in taking enemies down with her lethal scythe. The Alchemist, on the other hand, can interact with the environment using their alchemic skills.

Surely at this point, No Man’s Sky needs no introduction? A VR version of the game has been available for some time on PC, but a new PSVR2 version will be launching at some point in 2023.

Pistol Whip VR describes itself as a “physical action-rhythm game”. Players can expect tight gunplay, eclectic music and movie-inspired scenes. It’s been around for a little while already, but this enhanced version will make use of the PSVR 2’s features, making the experience better than ever.

At this point, Resident Evil Village needs no introduction. The real question is: how many of us are going to be brave enough to play it in virtual reality? It’s going to take some guts – but we’re certainly looking forward to staring up at the full grandeur of Lady D from our lowly, normal heights.

Star Wars: Tales from the Galaxy’s Edge casts players as a Droid Repair Technician who crash-lands on Batuu. From there, you’ll get swept up in a grand adventure, meeting familiar faces, engaging in tense and exhilarating battles, and more. Surely a must for any Star Wars fan.

Startenders is already available on PSVR, but it’ll be coming to PSVR 2 as well, allowing players to become a cosmic cocktail maker. It’s fun, it’s colourful – what more could you possibly need?

If the name doesn’t give it away, Tentacular is a game about a giant, tentacled beast. This Eldritch horror isn’t all about terror, however: it’s got a good heart, and it’s just trying to figure out where it belongs in the world. Expect plenty of physics-based puzzles and lots of colourful fun.

The first The Walking Dead: Saints & Sinners went down a treat, and so we’re excited to get our hands on the next chapter, which will be coming to PSVR 2. Throwing players deep in The Walking Dead universe, it’s surely a must for fans, letting them face the hordes of undead head-on.

Zenith: The Last City has been revealed to be a day one launch title for PSVR 2, meaning we’ll be able to get our hands on it in February 2022. It’s already out, but the PSVR 2 version of the game promises plenty of new content, a graphical overhaul, and various new features that make use of the new hardware.