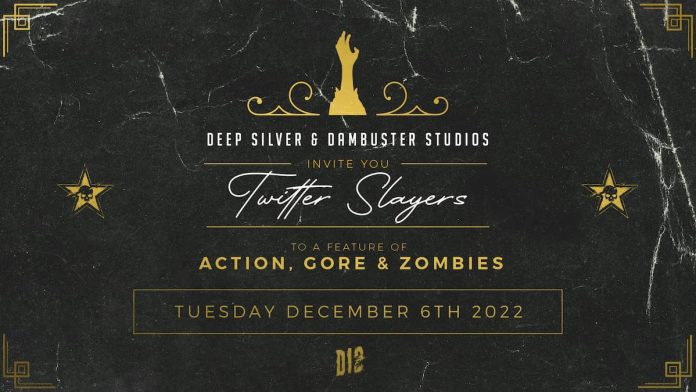 Deep Silver and Dambuster Studios’ Dead Island 2 Showcase is less than two weeks away, and they’ve now revealed how you can watch it.

The Dead Island 2 Showcase may have been on the cards before the game was delayed, but there’s even more at stake now. Dead Island 2 has been in development since at least 2014 and is currently on its third developer. So this upcoming showcase needs to prove a) that the game is actually coming out this time and b) it’ll have been worth the wait.

The showcase is set to feature “action, gore & zombies” as you might expect, in an effort to tide would-be players over till the game’s eventual April release. Yes, there may be the odd cutscene, but Deep Silver have stated that it will be a gameplay showcase.

Several outlets have had a hands on preview with the game, generally responding positively. Due to its open-world nature, a public demo isn’t particularly practical. That said, there is a 2015 alpha version of the game floating about. But downloading that would, of course, be very naughty.

So how and when can you watch this showcase? Deep Silver is streaming the showcase at 8pm GMT | 9pm CET | 1pm PT on Tuesday December 6th. You can watch it live via YouTube, though since it’s age restricted you’ll need to log in. But given that the game has you dismembering the undead, that’s probably a good sign.