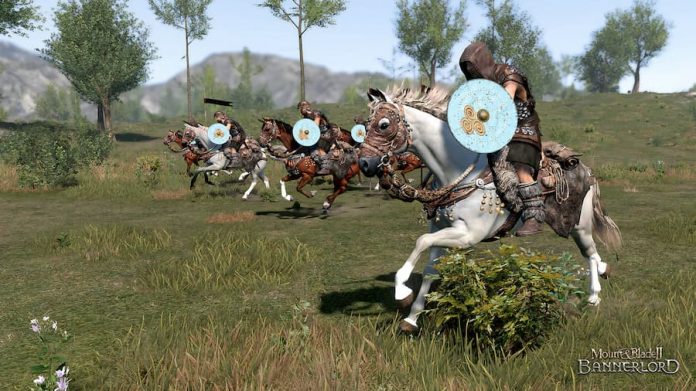 War can be chaos and Mount & Blade II: Bannerlord absolutely knows it.

This medieval-style conquest game, sequel to the original Mount & Blade: Warband offers you a pleasingly detailed level of control over your troops. Mount & Blade II: Bannerlord will let you manage formations, instruct your army how and when to take on foes, switch tactics mid-battle and much much more. But sometimes you just have to yell “Charge!” and embrace the mayhem.

And we do mean mayhem. You don’t have to head into battle with your troops, but you’re missing out if you don’t. Battles are absolutely glorious to behold, especially when a three-hundred strong army is taking on another of similar size. Swords clash, riders frantically drive their spears into anything they can reach: you get the idea.

Even better, slowdown is all but a non-issue. On Xbox Series X, it performs as well as you’d expect and we’re happy to report that even if your PC isn’t cutting edge it should still handle big battles (500 vs 500) well at low detail. We also tested the Xbox One version, and it performed surprisingly well. The cities and villages, while not massively different from each other, are eye-catching enough too.

But… hang on… isn’t there more to Mount & Blade II: Bannerlord than battles? Aren’t you out to rule the whole realm? Yes, there is, but combat is at the heart of the game and, no matter what we were doing, we were always looking forward to the next army-on-army rumble or siege. Castle sieges are a thing, too, and they’re just as exhilarating, no matter which side you’re on. 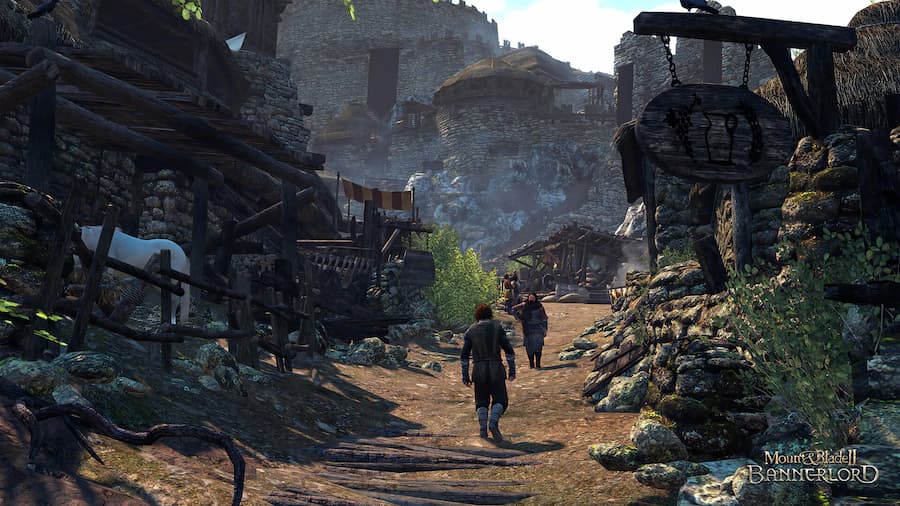 Mount & Blade II: Bannerlord‘s strategic elements are mostly satisfying, once you get past the initial grind. Both the sandbox mode and story mode (which doesn’t offer an awful lot more than sandbox) start you off on your own. It’s up to you to expand your troops and leadership abilities by taking on quests, attacking raiders and so on.

You’ll have to earn your right to command an army first, however. Initially, you can only control a limited number of people. Roaming the main map, we were struck with envy every time a band of 90+ rode past.  “Next time… just you wait…” we’d mutter under our breaths. Yes, we knew that taking on them would also incur the wrath of their faction, as would pillaging a village. But it certainly motivated us to keep moving onwards and upwards.

Managing castles and the like, forming your own armies so you’re not just one solitary band, is also gratifying. Getting our first castle was a real rush, after having seen so many other occupied castles. Coming to grips with managing your initially-small empire can be tricky initially. Even with the tutorial/story, it feels like you’re dropped in at the deep end, but it’s still fun.

However, the world, which is supposed to be a living, medieval world, doesn’t quite convince. Troops roam back and forth, and messages pop up about Lord X being kidnapped by Empire Y. If you decide to start invading friendly villages you’ll certainly know about it, but it sometimes feels like, outside of individual battles, the AI is just rolling a dice.

Does that make Mount & Blade II: Bannerlord a bad game? Absolutely not. Its conquest and/or diplomacy (depending on your approach) is fun. But it’s the battles where it really comes into its own and we’ve found ourselves diving into the custom battle mode just to set up our own conflicts.

A particularly fun little diversion is giving yourself an army half the size of the enemy and seeing if you can, through planning, crush your foe. We’ve had, er, mixed results so far, but we’ve loved every crushing defeat. And, again, sieges are always a blast.

Should you buy Mount & Blade II: Bannerlord? If you’ve got the slightest taste for big battles or an interest in medieval conquest, absolutely. Don’t expect the depth of, say, Crusader Kings III, but for fans of medieval warfare this is a real winner.

This review of Mount & Blade II: Bannerlord is based on the Xbox Series X version of the game, via a code provided by the publisher. It’s available on PS4, PS5, Xbox One, Xbox Series X/S and PC. 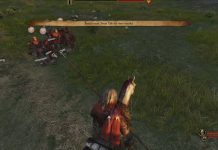 How to Speed Up Time in Mount & Blade II: Bannerlord

How to Heal in Mount & Blade II: Bannerlord 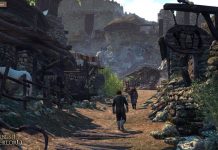 How to Get Off Your Horse in Mount & Blade II: Bannerlord

Does Mount & Blade II: Bannerlord Have Co-op or Multiplayer Play? 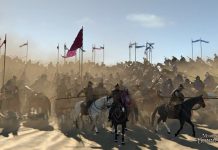 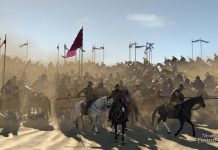