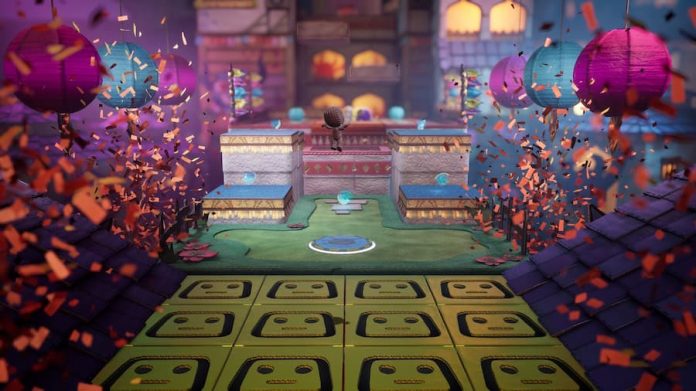 We adored Sackboy: A Big Adventure when we first played it, two years ago when the PS5 was brand-spanking new.

Now, a legion of new players can enjoy it with Sackboy: A Big Adventure making its way over to PC via Steam. This is the same game in every way, with new graphical options added for PC play. And so, if your machine is up for the task, it looks absolutely phenomenal. But even if you’re only just meeting the minimum specs (a 6th-gen i5 paired with a GTX 660), you’re in for one of the most enjoyable 3D platforming games we’ve ever played.

You’re likely familiar with Sackboy from the PS3’s LittleBigPlanet series. This time, the game-making elements have been dropped (Media Molecule’s Dreams has taken care of that) and it’s all about platforming fun. There’s a rich tapestry of levels here, all beautifully designed to look like they’re made out of a range of cardboard and fabrics. No two levels are the same, and as you make your way through, you’ll be faced with a endless barrage of cute and creative challenges.

One thing will be missing from the PC experience for a lot of players, however: DualSense support. We should add that Sackboy: A Big Adventure on PC does feature the same game-changing DualSense implementation that you’ll find on the PS5 version, but to have DualSense fully work on PC you’ll need to play with a wired connection. Depending on your setup, it’s not always possible. But if you do have a DualSense and can plug it into your PC, it’s worth doing. Every little movement has been perfected inside the controller: from the little ‘thwop’ when Sackboy pulls something out of the ground, to the pitter-patter of his feet as he moves around. 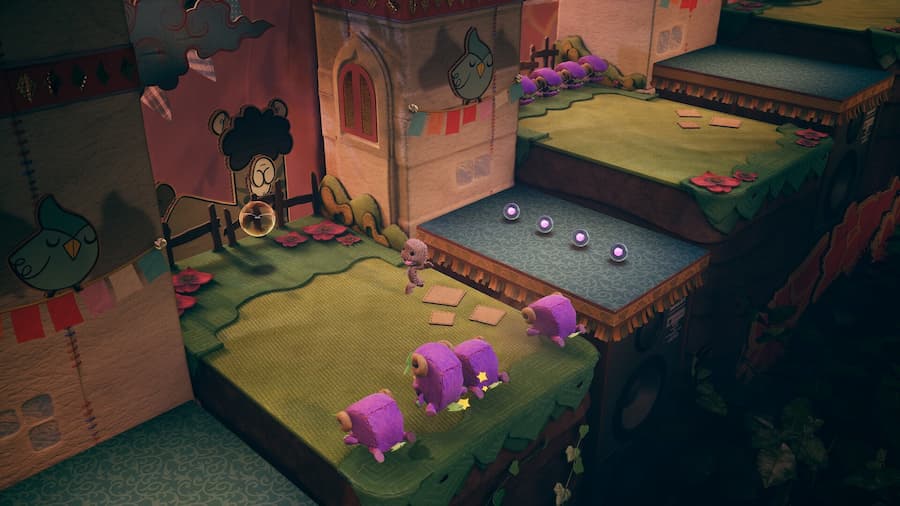 You do get a small sense of feedback from an Xbox controller, thankfully. Rumble has been implemented well, but it’s only a small taste of how the game feels on DualSense. Still, it’s hardly a dealbreaker if you can’t make use of it: the game play of Sackboy: A Big Adventure speaks for itself.

It’s worth grabbing a second player, either locally or online, because many elements of Sackboy have been designed with co-op play in mind. There’s a handful of levels that can only be completed with two players (extraneous from the main experience, of course, and not necessary to complete the game) but they’re worth jumping into thanks to their excellent design. It’s not quite It Takes Two, but it’s close.

If you’re a fan of fun and colourful platforming games, they don’t come much better than Sackboy: A Big Adventure. Sumo Digital has done a stellar job here, and two years later it’s just as delightful as ever. We’ve been pleasantly surprised how it runs on PC: our mid-range gaming PC with a Ryzen 5 3600 and RTX 3070 has managed to output the game at 4K with everything turned up to max thanks to DLSS. But even with some settings turned down, this is still a fantastic-looking game.

You can read our PS5 review of Sackboy: A Big Adventure for more detail about the game itself, but take our word for it: it’s just lovely. Bright, colourful, beautifully designed – and with voice acting from Dawn French and Richard E. Grant to boot. Add to the fact you can dress Sackboy up in a range of weird and wonderful outfits, and you’re in for an excellent time.