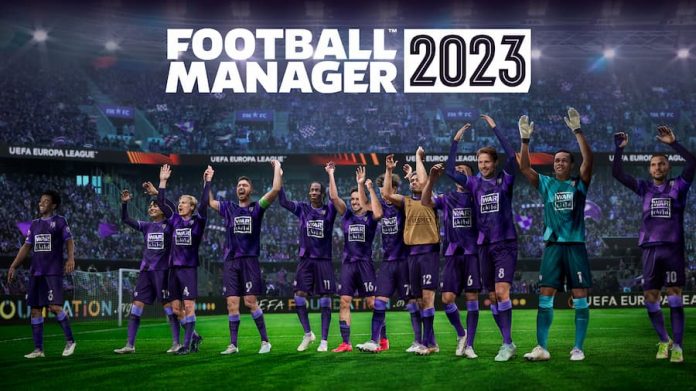 Wondering what are the best teams to manage in Football Manager 2023? We’ve picked out 10 of the best right here.

You could be a tactic god that tinkers endlessly or you might be a motivational man-manager that gets the best out of their team. However you play, there’s one universal decision that you will face in Football Manager 2023: what team do you manage?

Whether you want to dig down the lower leagues, want a crazy challenge or just a cool team to bond with, we have you covered with a list of the best teams to manage in Football Manager 2023.

Hollywood and South Wales go together as naturally as chocolate cake and horseradish (this happened once, we thought it was custard!). But you would’ve had to be hiding under quite a heavy rock to not know about Wrexham AFC.

The story goes that while working on Mythic Quest for Apple TV, Humphrey Ker would try his best to catch up with Liverpool scores. The connection to which he felt was ‘his’ club was seen as unique to his friend, Rob McElhenney. American sports culture is a very different beast than it is in the UK, after all.

After watching Sunderland ‘til I Die at Ker’s behest, Rob set his sights on becoming part of the footballing landscape, enlisting Ryan Reynolds along the way. Now Wrexham AFC is a secure club, with a growing support base and the two most famous owners, arguably ever (Elton John may disagree). And so, surely being part of this rich tapestry makes Wrexham AFC one of the best teams to manage in Football Manager 2023? You also can do the most surreal thing in the history of the series, and that is talk to Ryan Reynolds.

Following on the theme of lower league clubs with their own TV show, Sunderland AFC is another that makes for one of the best teams to manage in Football Manager 2023.

Sunderland ‘til I Die followed the eponymous team for two seasons. They documented the inner goings-on during the tumultuous 2017/18 relegation season up to the 2018/19 play off final, where they were beaten by a last-minute winner. In the series you got to know the players, staff and fans. We lapped it up, and most people were gutted when Sunderland fell at the last hurdle.

However, since that day the fortunes have reversed. Now, Sunderland is back in the Championship and in a more stable position than the pre-Covid era. It’s hugely deserved for a fanbase that saw its soul stripped away and yet were friendly as winners or losers.

In Football Manager 2023, you can take over this reignited phoenix and try and lead them to challenge their Tyneside rivals who have the backing of a super-state. It won’t be easy to match the black and white stripes of Newcastle but you’ll know you’ve overcome every obstacle if you get the Black Cats back where they belong.

If Sunderland seems a tad too difficult, then Newcastle is probably the best team for you in Football Manager 2023. They have money and plenty of promise. The foundations of a first XI are not set in stone which means you can implement your own footballing philosophy from the ground up. You have enough cash and free-will to not have to compromise with players, staff and the media.

This kind of opportunity is rare in Football Manager. To get your style of football solidly planted into a club’s DNA is usually a project that takes a few seasons, a lot of goodwill and even more luck to achieve. Newcastle has the fans, the money and all the potential.

If we recommended Wrexham as a team in the non-leagues of English football, that is because they are unique. They have much more visibility and money to really be classed as a non-league side. And they’re not even English! It can indeed make a fun playthrough, but it doesn’t give you the proper experience of the lower levels. Enter Welling United.

If you really want to get stuck in and amongst the mud then any team in the North/South Vanarama league would be suitable. But for the true rags-to-riches story, we recommend Welling United. Why? Well, they have yo-yo’ed between the National League and its regional counterparts. It has flirted with the EFL but never managed it. We’d love to see them do well, even if that can only happen in Football Manager 2023.

For the first time, the World Cup is being held in the winter months of the northern hemisphere. A short few months after the default start dates in Football Manager 2023, the world’s biggest tournament is due to begin. As such, before a regular season has even finished, you could have the biggest prize in football adjourning your cabinet.

Different countries pose different pros and cons. You could take the mantle of any European nation, many of which expect the impossible. The same could be said of the South American nations, who are always star-studded, but haven’t won a World Cup since Brazil in 2002.

You may instead want to break the monopoly of titles that is held between these continents and bring glory to other areas of the globe. Canada had a superb qualification campaign and would love to capitalise on their growing stake in the beautiful game. And lastly, but certainly not least, any of the four African nations look likely to surprise the world. Any of the World Cup finalists would, no doubt, be an interesting challenge to start off your campaign in Football Manager 2023.

One person who will not be at the World Cup is Erling Haaland. Arguably the best player in the world and certainly the most clinical of strikers, Haaland hails from Norway who have not qualified despite having him at their disposal.

While we all have heard of the modern day Viking, not many ask what happened to the clubs he played for after he left Dortmund. Sadly very little has happened, especially for his first club of Bryne. Could you be the one to change that? Challenge yourself to drag Haaland’s boyhood club to the European stage and show that success is not dependent on a superstar… they just help an awful lot.

Watford FC is a bizarre club. In the most respectful of ways, it seems to have established themselves as a Premier League team without being noticed. The main thing people know is that it signs a lot of Portuguese players. So much so that this is represented in Football Manager 2023.

The eagerness of Watford’s board and its agent connections to Portuguese players is both a help and a hindrance. You are able to procure talent at Watford that would be otherwise off-limits for this mid-table main-stay. This gives you an edge against your opponents but if you fail to keep to your promises of promoting Portuguese talents you could be in trouble with your owners.

One of the most frustrating elements in the Football Manager series is that it lacks many of the licenses that allow teams and countries to be represented properly. The Premier League is an obvious omission as Liverpool and the like have a prefab badge and blank portraits for players that remind you of early-era Facebook.

Luckily, the growing success of the franchise means that the Belgium top tier, Jupiler Pro League, is represented in Football Manager 2023. This alone would be a reason to start your managing career within Belgium, but the league is also full of sleeping giants that are ready to awaken. Anderlecht is one of many Belgian clubs that is due some time in the spotlight. And so, in our opinion, that makes it one of the best teams to manage in Football Manager 2023.

In a nation typically dominated by Bayern Munich, not much is expected out of Union Berlin. Union Berlin is a David amongst some pretty big Goliaths. Yet, despite all odds, it has managed to become a something of a force of nature.

What’s more is that Union Berlin has achieved this while still keeping their identity. It’s a stark contrast to the commercial RB Salzburg, who has turned into an energy drink in order to stay afloat. In short, FC Union Berlin is one of the nicer success stories in modern football, and the team is well worth your time in Football Manager 2023.

This quote from Arrigo Sacchi perfectly epitomises what football is to many. There are many more important things going on in the world – Ukraine knows this more than most. And still, our freedom to watch and play sport is often taken for granted. We have the freedom to go to our PC and play a bit too much Football Manager and not worry. Ukrainian football clubs might not be first in your list when thinking about Ukraine presently, but we’ve no doubt many Ukraine citizens miss the simplicity of football.

When Ukraine played its World Cup qualifiers against Scotland and Wales, the whole world turned up to watch and for a brief moment, 22 people and a ball meant everything. In a world where clubs are having to become franchises to survive, keeping a team like Shakhtar Donetsk in your periphery will make sure that they aren’t another loss in this crisis. Manage a Ukrainian team in Football Manager 2023, and you get to play as the good guys. 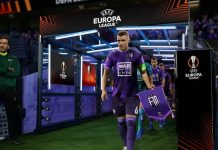 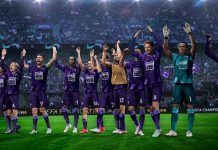 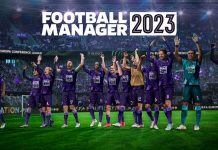 The 10 Best Players in Football Manager 2023

How to Develop Young Players in Football Manager 2023

How to Get a Work Permit in Football Manager 2023

How to Find Free Agents in Football Manager 2023