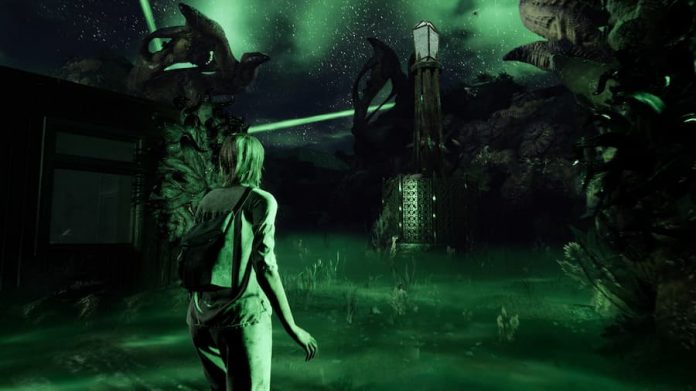 They always seem a little culty, don’t they? Jess, the protagonist of The Chant, seemingly shares the same view. But at the insistence of her friend, she’s going to join her at one on the remote Glory Island. What could go wrong? Quite a lot, apparently.

The Chant wastes no time in unleashing its horrors. As soon as you’ve got settled in and assembled for your first group activity, things go awry. Before you know it, a cosmic evil is unleashed, preying on the negative thoughts of those around you. And having had to take drastic action to subdue your troubled friend, you take it upon yourself to find a way to stop this whole damn mess.

Mechanically, The Chant is very similar to old-fashioned survival horror games such as Silent Hill. You’ll need to explore the island, solving puzzles and finding items to overcome roadblocks. And while combat is largely optional, sometimes you need to make a stand. It’s the weapons you use to defend yourself here that make it stand out from its peers, however. 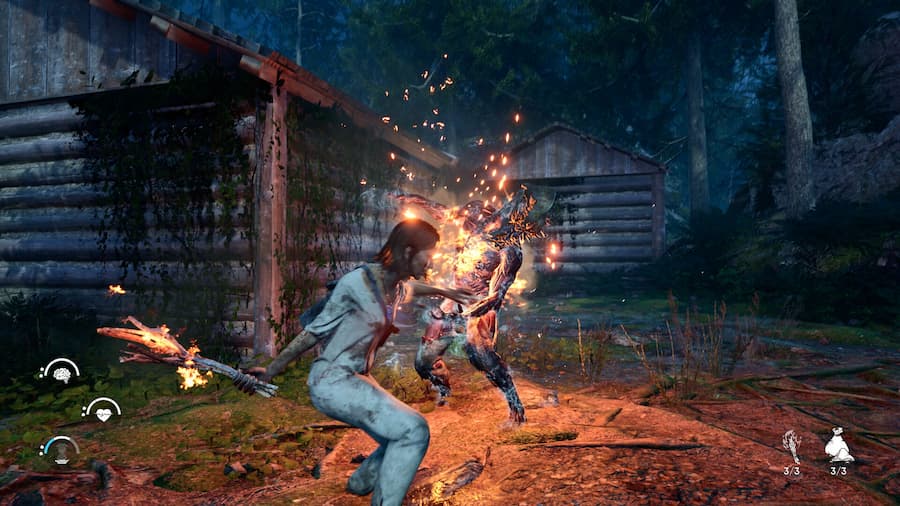 While Jess isn’t a spiritual person when she arrives on Glory Island, she quickly adapts to using the resources available to create unique weapons suitable for fighting the cosmic horrors that stand in her way. Incense burners made of sage and twine, for example, can be used as makeshift melee weapons, while objects such as salt can be thrown at enemies or used to lay traps.

A range of supernatural abilities become available to Jess over the course of her ordeal, too. These allow her to push back enemies, as well as unleash her own horrors on them and more, but to use them requires spirit. That means you can’t wholly rely on them, but depending on how you play, you could find yourself making them a stable part of your offense.

There are three meters for you to be mindful of in The Chant: mind, body and spirit. Should your mind meter be depleted due to being shocked or scared, you’ll find yourself unable to attack. Your body meter is basically your health – take too much damage and you’ll perish. And your spirit meter powers your supernatural abilities, though it can also be expended to meditate and restore your mind.

Over time, you can boost your capabilities with regards to mind, body and spirit by collecting special items that essentially serve as skill points. So, you could opt to increase your body meter, allowing you to sustain more damage, or your spirit meter so you can make more use of abilities. And then there are perks that sit between two of these three pillars, allowing you to diversify your character even further.

The way you develop your character, as well as the dialogue choices you make at various points of the game, will determine which of the three endings you’re awarded for surviving The Chant. You’re going to want to complete the game three times then if you want to see everything it offers. You might do too, as it doesn’t require too much of a time investment. Your first playthrough is likely to take between six to eight hours depending on the difficulty you play on. 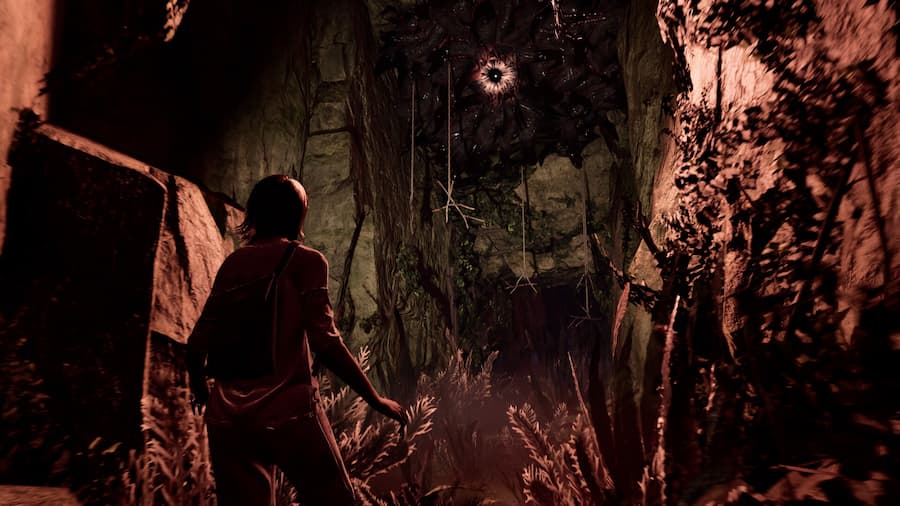 We’ve been pleasantly surprised by The Chant. Its opening sequence didn’t give us the best first impression, but it soon grew on us. Is it scary? Not particularly, but we’re rarely scared by horror games anyway. What it does have is atmosphere, enjoyable puzzles, and a robust combat system that gives you a fighting chance but doesn’t make you feel overpowered.

It is a bit rough around the edges though, and there are some ideas here that can hopefully be improved and expanded upon in a sequel. Perhaps our biggest issue with The Chant is its fast travel system, which is needlessly obtuse. But it’s also quite simply unnecessary, so it shouldn’t affect your enjoyment of the game too much, if at all.

The Chant is destined to become a cult hit, we think. Marrying traditional survival horror gameplay with a unique setting and spiritual themes, it feels fresh but familiar; how many other survival horror games find you fighting plant-like enemies and other monstrosities with incense sticks, oils and salt, after all? In addition to an intriguing story and solid mechanics, once you’ve set foot on Glory Island, you’ll be on the edge of your seat until you’ve reached a conclusion.

This review of The Chant is based on the PS5 version of the game, via a code provided by the publisher. It’s available on PS5, Xbox Series X/S and PC.