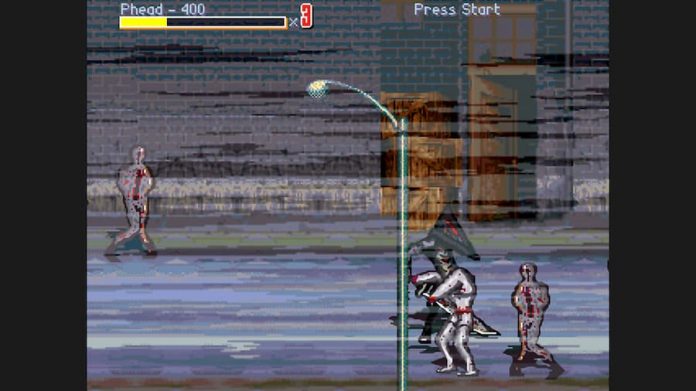 No, Bloober Team hasn’t suddenly changed tack on their remake, though we’re definitely curious to see how that one turns out. Instead, one enterprisingly – and possibly slightly unhinged – individual has turned Silent Hill 2 into a beat-em-up.

They’ve accomplished this using OpenBOR, the open source Streets of Rage engine. Yes, there are versions of Streets of Rage II where someone’s just modded Street Fighter II characters and so on into the Megadrive ROM, but OpenBOR (available here) gives you more control.

This Silent Hill 2 brawler, on the other hand, includes all new levels, new enemies, multiple playable characters and more. It first appeared online on the now-defunct Streets of Rage Online site and, as SH2 fans, we’re deeply, deeply ashamed we missed it. But it’s well worth digging up for the sheer joy of playing as Pyramid Head and taking on monsters, rather than Dead by Daylight’s survivors.

The quality of the sprite-work varies. James is clearly a reskinned Axel and several characters have been lifted from other games, then painted over. But, hey, it’s free and, janky as it is, it’s more fun than you might expect. Silent Hill 2’s final bed-frame boss is in there; it also features a little Silent Hill 3 content as well.

With Streets of Range online you can download it from various sites including GameReplay or dive into various YouTube Lets Plays. You can bet Konami have at least thought about doing this, all the years they’ve had the Silent Hill licence.