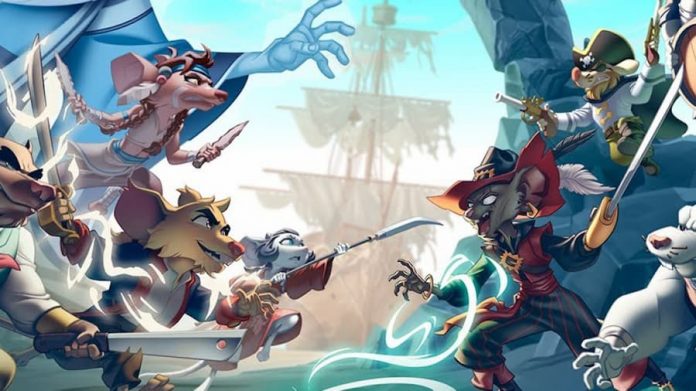 Curse of the Sea Rats, coming in 2023, might be one of the most beautiful side-scrolling metroidvania games we’ve seen in recent years.

But based on our time previewing it, we’re not sure how many people are going to see much of the game. Curse of the Sea Rats is tough, and unless you can get to grips with its combat, you’re going to have a hell of a journey on your hands. If you’re up for a challenge, however, then this is going to be well worth your time.

Curse of the Sea Rats casts you as one of four pirate rats. Well, they’re rats now, but they weren’t always: you see, a pirate witch has cursed them, and the game charts their journey to take her down and regain their human forms. That means exploring a vast world and taking on a lot of enemies, both big and small.

You’ll be wise to partake in the short combat tutorial once you’ve jumped into Curse of the Sea Rats, which introduces you to the various combat manoeuvres up your sleeve. You can jump, slash, hit upwards and hit down, and soon enough you’ll get a magical ability, too. Probably key of all your skills, though, is the ability to parry. The timing is on you: you’re going to want to nail it, otherwise enemy attacks will see you perish all too quickly. 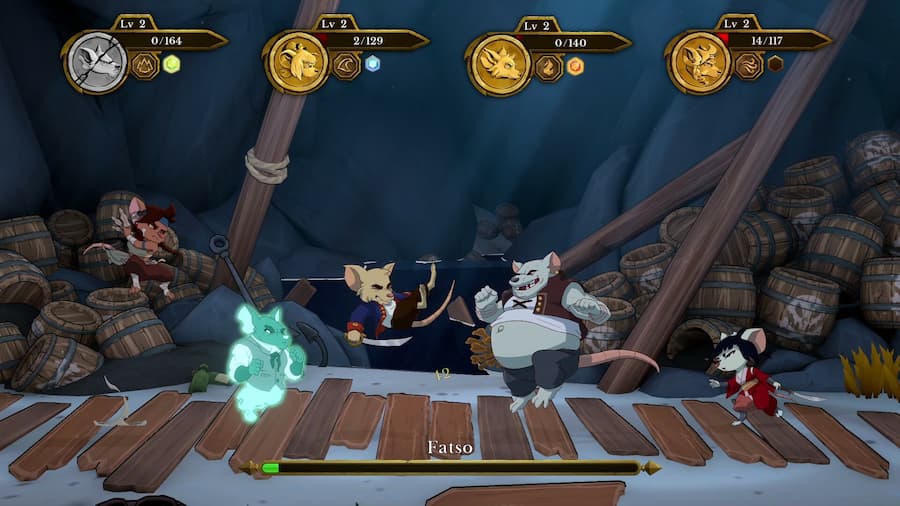 Everything you see in Curse of the Sea Rats is hand-animated, giving it the quality of a gorgeous 2D cartoon. Its characters are beautiful and steeped with personality. Its environments are pared back in comparison, but it allows characters and enemies to shine in the foreground. It’s still a world that begs to be explored, however.

And explore you will do: this is a typical metroidvania, and so there’s no clear, linear path to follow. You can move across the screen left and right, with many a dead end likely until you unlock useful upgrades required to progress. There are plenty of NPCs to meet along the way, too, and it seems many of them will have side quests for you to engage in.

As we’ve already mentioned, Curse of the Sea Rats has four playable characters. What’s particularly unique here is that you can switch between them as you play, with your progress not simply being tied to one. You might find certain characters more useful in certain situations, with each one having their own skills and abilities to unlock via a skill tree. Alternatively, a friend (or three) can join you, taking control of any one of the other characters: Curse of the Sea Rats supports local co-op with up to four players. That’ll make those pesky bosses easier to deal with.

If you’re a metroidvania fan, Curse of the Sea Rats is certainly worth keeping your eye on. However, we hope its difficulty is toned down a little – or at least difficulty modes added in the full release – because this is a game that deserves to be enjoyed by as many players as possible. As it is, you’re going to need to bring your A-game. But we have a feeling it’s going to be worth it.