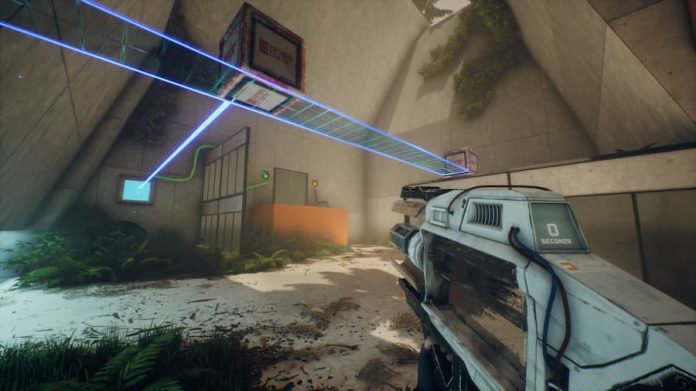 Waking up in an abandoned facility, you know something is very wrong.

Stepping out of your bedroom, you’re not sure where you are. You’re not even sure who you are. But you must have been asleep – or unconscious – for a very long time. The halls you roam have been overtaken by nature, and that’s not something that happens overnight. Amid collapsed corridors and floors breaking with trees and shrubs sprouting from underneath them, there’s not a single person to be found. That’s how The Entropy Centre starts, and it’s the perfect set-up for a sci-fi horror game.

Except… this isn’t a horror game. The Entropy Centre is a first-person puzzle game that’ll have you twisting your mind to push switches, manipulate time and solve a series of challenging puzzles. You see, before it went to ruin, The Entropy Centre – the building your character finds herself in – was a scientific facility dealing in puzzles. You, it transpires, are (or were) an employee of the centre, and it was specifically your job to solve those puzzles. And so, upon waking up in a ruined building, you do what comes naturally: solve the puzzles.

The puzzles themselves are engaging and, if you’re a fan of classic first-person puzzlers like Portal and Q.U.B.E., you’re going to get a real kick out of this. With a special gun in hand, known as ‘ASTRA’, that can reverse time of a particular object, you’ll need to manipulate time in order to pass through a room. Perhaps you need to activate a couple of pressure switches to open doors, but you only have one box to move. Place it where it needs to be last, then move it where it needs to be first. Once you’re in the right position, you can point your gun at it to reverse its trajectory through time, placing it back on the switch you placed it on first. Neat, huh? 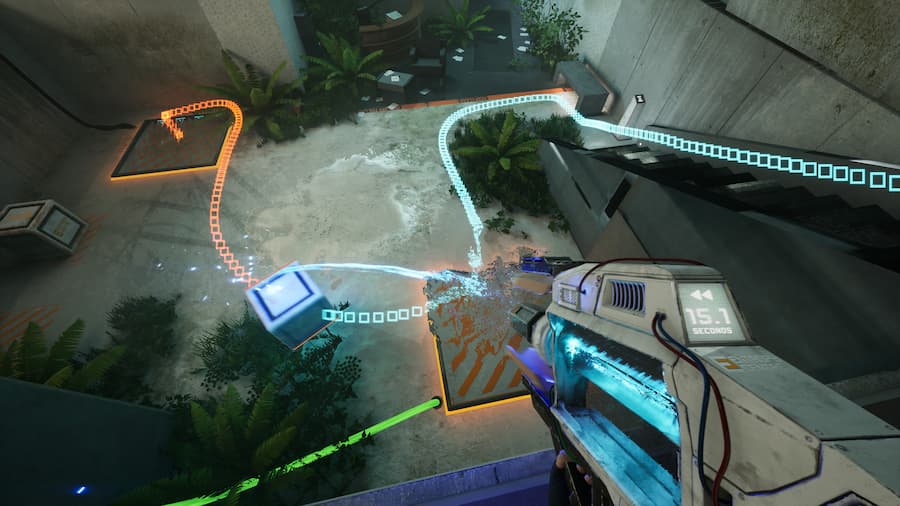 Puzzles quickly get more complex as you progress through The Entropy Centre, and so you’ll really need to have your thinking cap on. You’ll constantly need to be aware of the end goal, but able to think in advance how to achieve that. There’s no doubt that some puzzles are going to well and truly stump you, but figuring out the solution is always rewarding.

Except… we don’t know about you, but if we woke up alone, in a strange place, when something terrible has surely happened, the last thing we’d be doing is spending time figuring our way through complicated puzzle scenarios. We’d be doing what we could to force open doors to explore our surroundings and try to to ascertain what the hell has gone on.

Because, between the puzzles, The Entropy Centre has some fantastic set-pieces and storytelling. One scene, early on, truly had us on the edge of our seats. Making our way across a bridge in a huge warehouse-type space, the room was crumbling around us. We had to use our ASTRA gun to reverse time on falling pillars, bridges and walls before they hit us and sent us to our demise. It was tense and exhilarating. But to be thrown back into a time-consuming puzzle shortly after spoiled some of the fun. 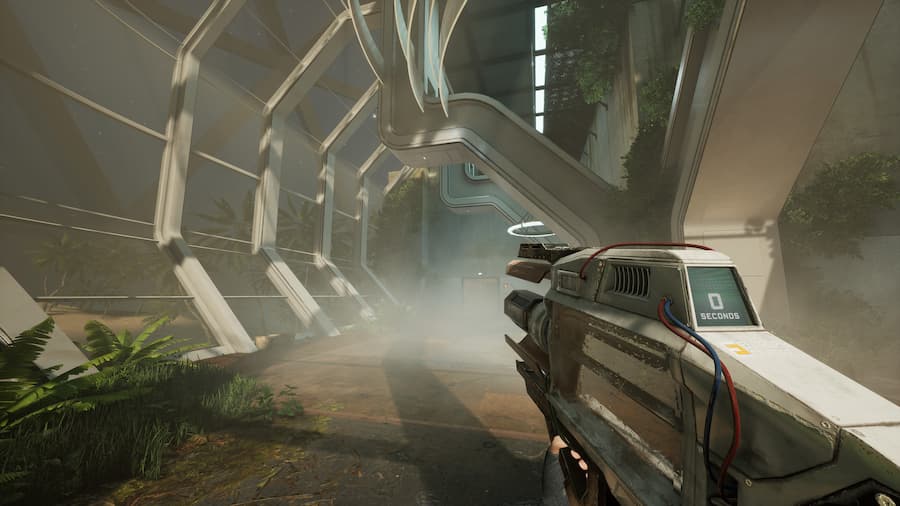 The Entropy Centre has some fantastic tools up its sleeve. We love what the ASTRA gun can do, but it’s much more fun to use when exploring the world than when trying to solve a puzzle. Using it on a valve to stop fire spewing from a pipe feels great. But moving boxes around to achieve a goal just doesn’t quite capture the urgency that the narrative wants you to feel.

Had The Entropy Centre been a slow-burning horror game, a sci-fi exploration through an abandoned facility, we would lap it up. The setting is perfect, and it looks fantastic too: this is believable as an abandoned science facility, and we’re desperate to find out what happens. The atmosphere here is eerie enough that you can believe something terrible lurks somewhere with you; there’s almost an early-game Prey feeling where you know you can’t trust anything you see.

Alas, all that waits for you around a corner is another puzzle. And it’s not a bad thing – they’re great puzzles, after all. But we can’t help but feel the atmosphere and storytelling is somewhat squandered.

The Entropy Centre is available on PS4, PS5, Xbox One, Xbox Series X/S and PC. 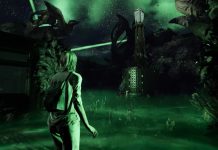 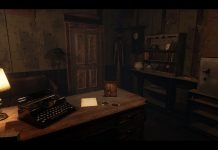 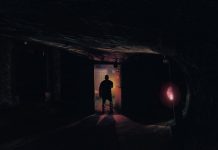