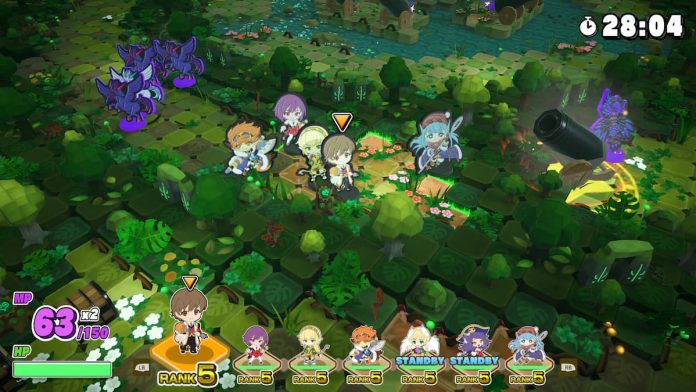 Adventure Academia: The Fractured Continent is a strategy RPG with a difference.

When you think of a strategy RPG, you typically think turn-based combat laden with carefully planned actions. That’s not Adventure Academia: The Fractured Continent. Its combat tries to be something unique: a more accessible approach to real-time strategy. The result is something a little chaotic, messy and, truth be told, not that much fun.

The first few levels of The Fractured Continent ease you into combat. You control your main party member, who cannot attack directly – but he’ll lead the rest of the group into battle. To begin with, you can have two additional party members on the battlefield, but as your leader levels up, more can join, with a maximum of six on screen at any one time.

Set a destination on the battlefield, and your party will move there, automatically fighting off any enemies in their path as they go. Over time, an MP bar fills up, which can be used to level up party members or to initiate more powerful attacks. It’s important to keep on top of levelling up to ensure your party is at their strongest. Any character can get killed during combat, and after a cooldown timer they’ll come back into play. That is, with the exception of the party leader. If he’s killed, it’s game over. 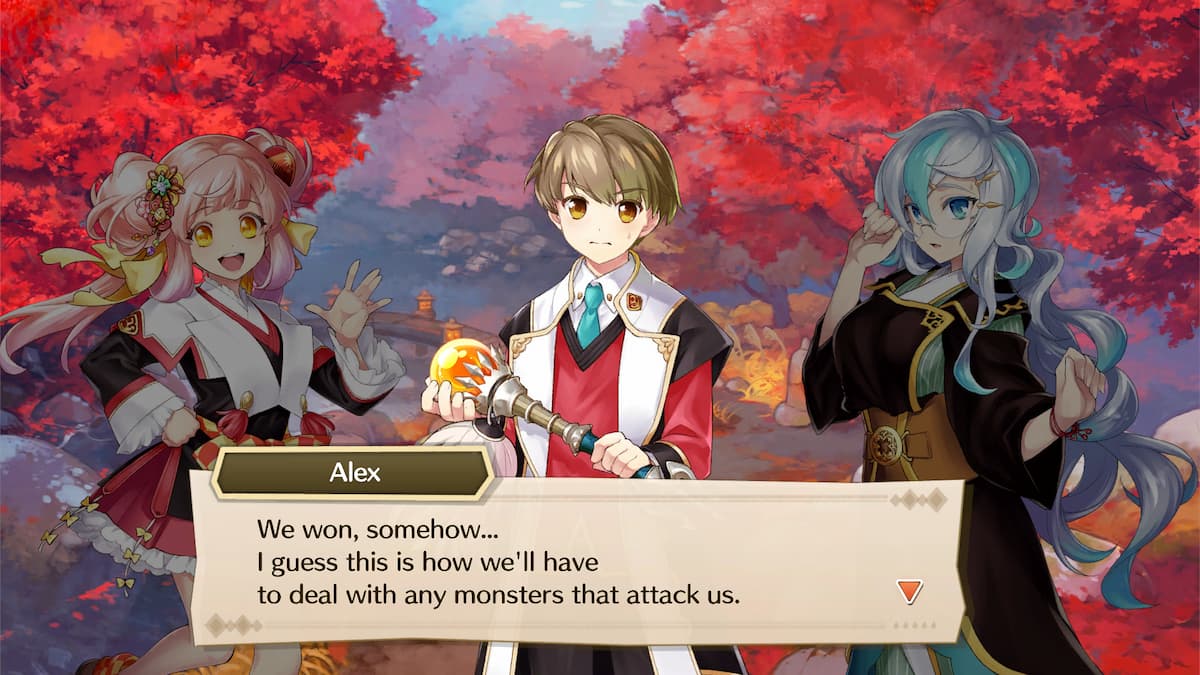 That’s all well and good, but in the heat of the battle, it’s hard to tell where your party leader is. Any other character can be picked up and moved to relative safety, but your leader can’t be plucked: he can only be instructed to move. And with characters moving at an irritatingly slow pace – often in a zig-zag pattern – getting out of the way of imminent danger isn’t always easy. Particularly when you’re up against a boss or an extra-tough enemy.

Thankfully, how you fare in combat can be improved by equipping better loot. Between levels, you can return to your safe base – in this case, a school – to buy or equip new weapons and gear. You’ll be awarded loot for completing a battle, and you can go back and replay any battle you’ve already done for the sake of earning money and loot. If you come up against a hard level, then, you might have to do a bit of grinding – but for better gear, it’s worth it. You can also spend skill points to improve your party’s abilities.

Between bouts of combat, you’ll be treated to story scenes, although truth be told it’s hard to really care about what’s happening. The animation is nice, with hand-drawn characters looking vibrant and colourful, but we struggled to connect with their plight. It’s fully voiced, but in Japanese, so unless you can understand it, you’ll need to read through (or skip) quite a lot of text.

We applaud Adventure Academia: The Fractured Continent for trying to do something different. Unfortunately, it doesn’t quite pay off. Its battle system is chaotic at best and downright infuriating at worst. And with a story that couldn’t quite hold our attention, there are much better RPGs out there. If you fancy trying something out of the ordinary, grab this in a sale. Otherwise, you’re not going to miss out on anything.

This review of Adventure Academia: The Fractured Continent is based on the PS4 version of the game, via a code provided by the publisher. It’s available on PS4, Switch and PC.