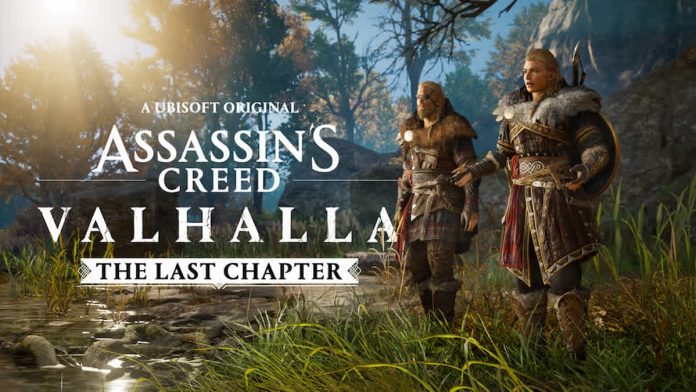 Assassin’s Creed Valhalla: The Last Chapter has arrived and, as the title suggests, it’s the conclusion to Eivor’s story.

The good news is that, while Assassin’s Creed Valhalla has received a wealth of paid DLC, this update, The Last Chapter, is absolutely free. So you’re not paying extra to discover the final fate of your character, unlike other Dead Rising 4: Frank Risings we could mention.

It’s available right now on Xbox One, Xbox Series X|S, PlayStation 4, PlayStation 5, Stadia, Amazon Luna and PC. Yes, even though Stadia is on its way out, those who forked out for Google’s streaming console/service can still say goodbye to Eivor.

So what’s in store for Assassin Creed Valhalla’s viking assassin? For a start, there’s reunions with old characters, both friends and enemies. Plus you’ll meet Roshim (played byShohreh Aghdashloo), Bashim’s mentor who is, herself set to feature in Assassin’s Creed Mirage, the next AC game.

Aside from giving Eivor a send-off, Ubisoft have also patched in a few new features. You can now fight with Eivor’s hood on and she has two new skills, Slide Bow and MasterChef. The last sounds amazing but, while we’ve yet to dive back into Valhalla, it probably doesn’t involve cooking up massively pretentious meals.

Assassin’s Creed: The Last Chapter is available now, though you’ll need to have completed certain tasks first. According to Ubisoft, this means:

“..completing all the pledges of all territories in England, as well as the mythical arcs of Asgard and Jotunheim, eliminating all the targets of the Order of the Ancients, upgrading your settlement to level 5 and constructing the Jomsviking barracks.”

And if you’ve not played Assassin’s Creed: Valhalla, there’s a free weekend running between December 15th and 19th. If you want to know more you can check out the final update trailer below, though be prepared to shed the odd tear or two.