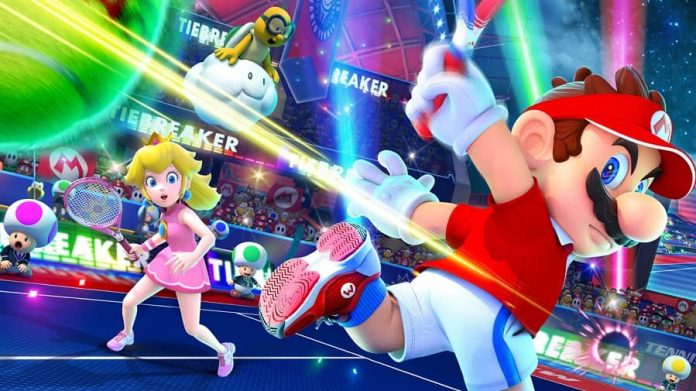 While other sports dominate our games consoles, tennis has been left behind a little in recent years.

Thankfully, though, if you’re still looking for a game that’ll allow you to swing around a racket while you hit a fuzzy yellow ball, the Nintendo Switch has a handful of games for you to choose from, ranging from the serious to the downright obscure. But which are the best tennis games on Switch? We’re here to help you find them.

Even Mario tries his hand at the court-based game, of course. Whether you’re looking for a fun and colourful game that’s vaguely about tennis, or a realistic sim, there’s something that should take your fancy. Read on through to find out our picks of the best tennis games on Switch. We’ve tried to pick out something to suit everybody.

Want to support GameSpew? If you plan to purchase any of the games on this list, consider using our affiliate links. It won’t affect your purchase, but we will earn a tiny cut of the sale. And every little helps keep us running! 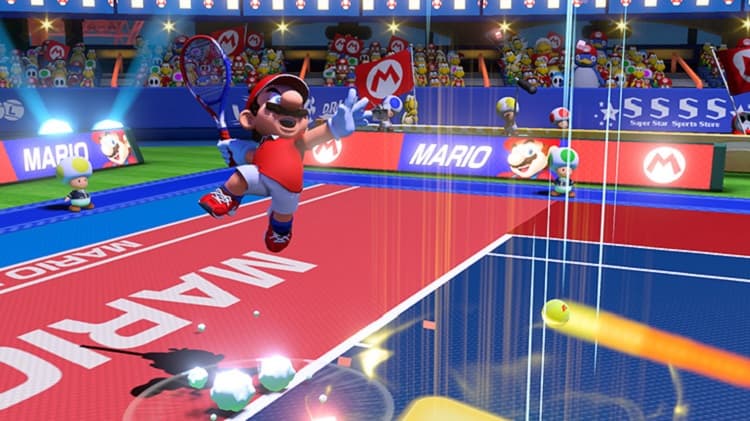 Clearly Mario Tennis Aces was going to make this list – it’s undoubtedly one of the best tennis games available on Switch. And it stars our favourite moustachioed hero, too.

Mario Tennis Aces mixes in a lot of modes, from more straightforward games of tennis to the story mode. There, you’ll find a mix of traditional tennis with various power-ups and special abilities for a truly exhilarating experience. You can also play with motion controls, too, which is always a lot of fun.

This isn’t the most serious tennis game, then. Of course it wouldn’t be, with its cast of Mario characters filling its court – but it is one of the most fun, the most polished, and the most enjoyable. And so, if you’re a tennis fan and own a Switch, this ought to be in your collection. 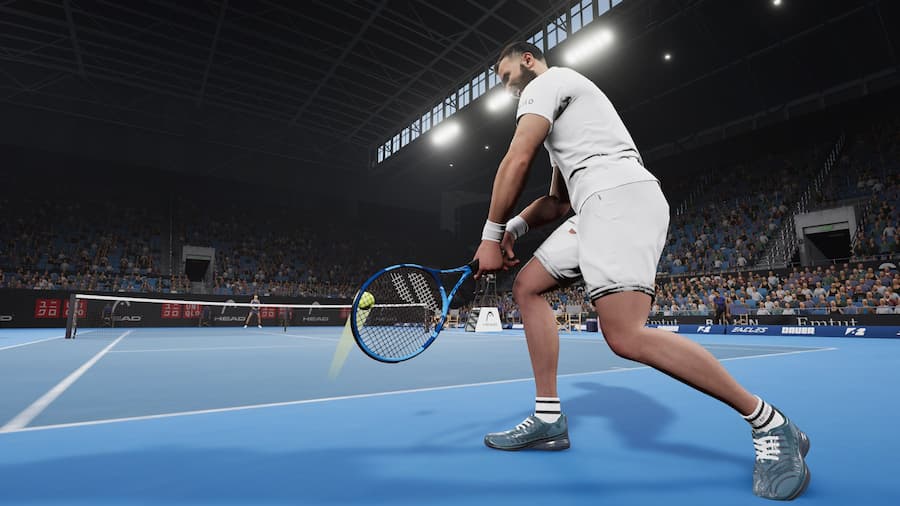 The newest game on this list is Matchpoint – Tennis Championships, a realistic game that promises to offer a true-to-life court experience and an extensive career mode. You’ll need to hone your technique to really get good at Matchpoint, putting consideration to your positioning and aiming with every shot you take. It means it can be difficult – but winning a match is more rewarding than ever.

As you start Matchpoint – Tennis Championships‘ career mode, you’ll create your own up-and-coming tennis star, playing them through from being a rookie to (hopefully) a world-class champion. You’ll get to play against real-world stars too, like Nick Kyrgios and Amanda Anisimova. 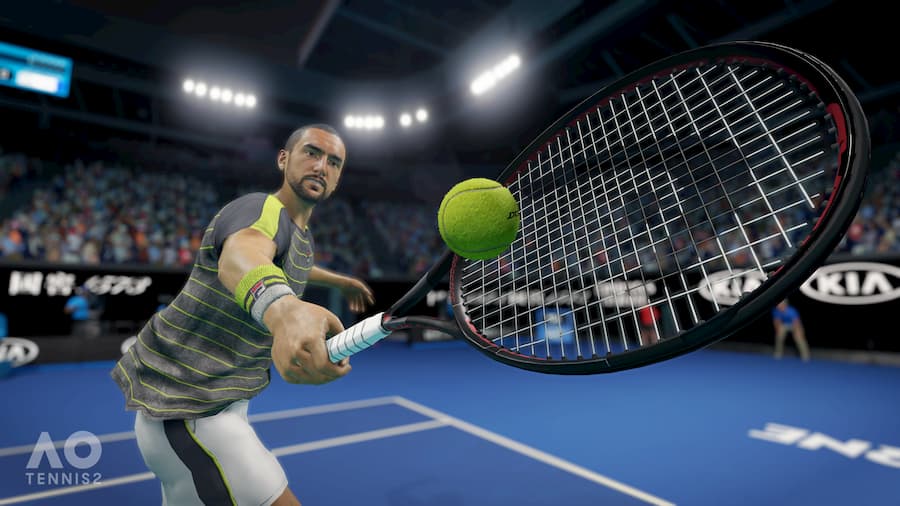 Released in 2018, AO International Tennis wasn’t particularly well-received. In fact, at launch, it was pretty much deemed unfinished – and while developed Big Ant Studios eventually fixed most of its glaring issues through patches, it never quite recovered from its initial reception.

Thankfully, Big Ant has followed up with AO Tennis 2. Released in January 2020, it’s a much better game than its predecessor straight out of the gate. With a fully-fledged career mode, an extensive character creator and a plethora of game modes and training to take part in, it’s one of the most comprehensive tennis games you’ll find on Switch. There’s also a wealth of professional tennis players in the game, with their likenesses faithfully recreated thanks to motion capture and 3D scanning.

Read our review of AO Tennis 2 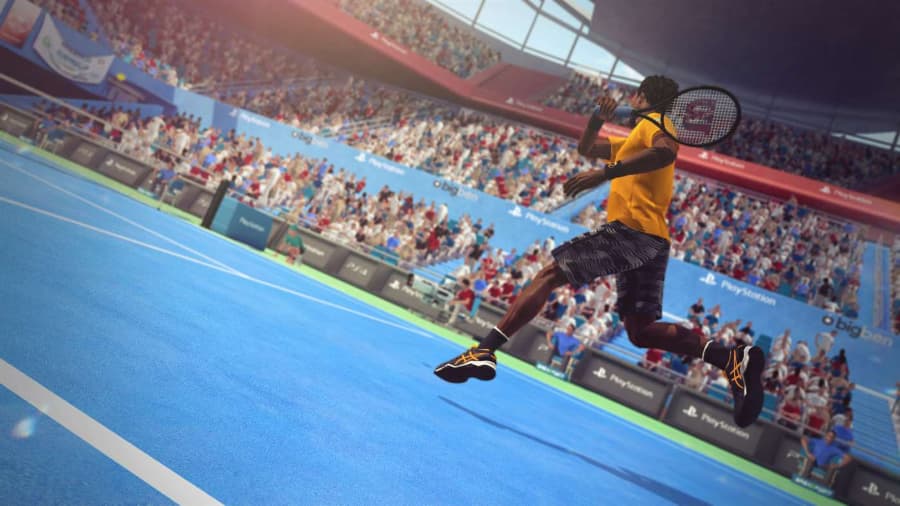 Like AO Tennis 2, Tennis World Tour 2 concerns itself with serious tennis. It has its faults, but through a series of patches, developer Big Ant Studios has got it up to speed. It sports a full career mode which lets you take a player through the ranks to greatness. You can play games in either singles or doubles, and there’s a wealth of other modes to jump into. If you don’t want to play as an unknown, you can also take control of a real tennis champion: the likeness of stars such as Andy Murray and Maria Sharapova appear in the game, giving it a lick of authenticity.

It has a few misses, however. Its AI isn’t the best, and the mechanics aren’t as good as they should be. But ultimately, with little in the way of competition, Tennis World Tour 2 is still one of the best tennis games on Switch. If it’s a serious game you’re after, this is the best you’re going to get. 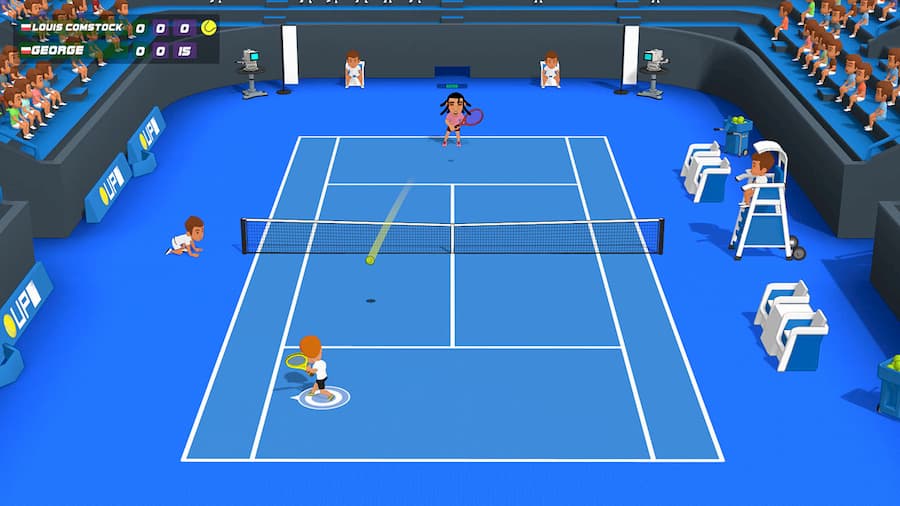 Don’t let Super Tennis Blast‘s cutesy cartoon art style put you off: this is a serious tennis game in disguise. Featuring the traditional tennis scoring system (unlike Tennis World Tour, that opts for a simple 10-point system), the game’s CPU opponents mean business. Even when you set the game on one of the easiest difficulties.

It’s great fun and easy to pick up, though. There are plenty of customisation options for those wanting a harder challenge. And those wanting just a bit of fun can choose their avatar from dozens of preset models. Best of all, you can play in local multiplayer with a friend – or three, if you fancy a game of doubles. There’s a full range of moves available, with different face buttons doing volleys, backspins, lobs and other kinds of fancy moves so you can feel like a true tennis pro. Aside from Mario Tennis Aces, this is one of the best tennis games on Switch. 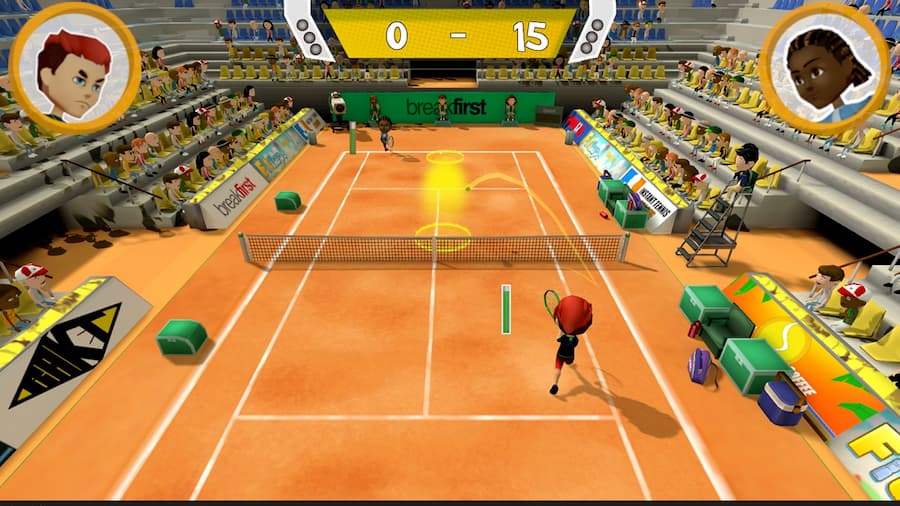 Instant Tennis might not be the best looking or the biggest tennis game on Switch, but it does have a few things going in its favour. First, it’s super-cheap: full price, you can pick it up for £7.90 on the eShop. Second, it lets  you play with motion controls. Yep, channel your inner yearning for Wii Sports Tennis by swinging your Joy-Con like a tennis racket. That’s enough by itself to sell it for us, really.

You can play solo against CPU opponents, or bring in a friend for two player versus. There are also tournaments to join in, where you can test your skills against up to eight other players. For its price, Instant Tennis packs in a lot, and for us that’s an instant win.

7. Tennis in the Face 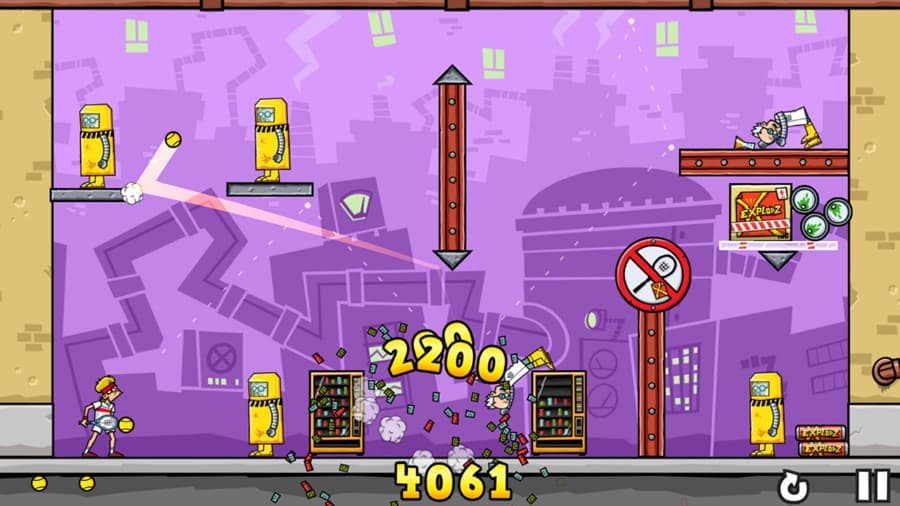 Okay, so Tennis in the Face isn’t really a tennis game per se, but it does involve you hitting balls with a racket as a tennis player. In Tennis in the Face, Pete Pagassi is out to save his city from Explodz, an evil energy drink corporation. With a limited number of balls available in each level, he’ll have to aim carefully to take down his targets in style, and ultimately destroy Explodz factory.

It’s simple, but we really like Tennis in Face. Featuring over 100 levels, it’s definitely worth picking up whether you like tennis or not to be honest. And its quick-fire level system makes this a great choice for playing on the go on Switch. It’s just not exactly a game of tennis. 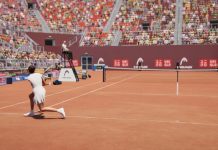